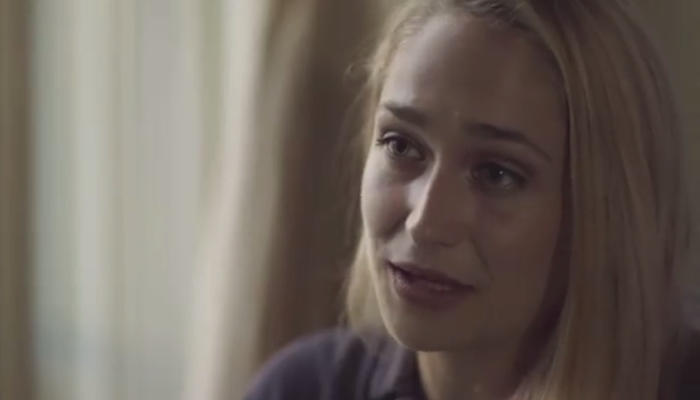 Jemima Kirke, star of the HBO series “Girls,” recently opened up about her abortion at age 17. In a video for the Center for Reproductive Rights, she says at that time, she didn’t feel it would be fair to allow her child to live because she wasn’t ready to be a mother.

Kirke says she is sharing her story in order to end stigma surrounding abortion. Unfortunately, all Kirke really proves is how anti-woman and greedy the abortion industry really is, and just how much those in favor of abortion are missing the big picture.

This is something that so many young women facing unexpected pregnancies say to convince themselves — and others— that abortion is a choice they make. In reality, it’s the only option they think they have, which makes it no choice at all.

There are so many mothers who gave birth to a child as teenagers, and they thrived. It’s an amazing gift to know that you were so loved before your mother even saw your face— that she changed her entire world for you.

The idea that a woman can’t raise her child is the antithesis of feminism. A woman can do anything she puts her mind to.

If her life doesn’t feel conducive to a child, she can change her life. She can put herself through school. She can raise a child without a man. She can start her own business in her living room with her child sitting next to her. It’s been done before, and it will be done again. The issue is not that her life is not conducive, it’s that the mother does not wish to make the changes or the effort to make it so.

Finally, even if a mother’s life situation was truly poor for a child (let’s say she was a drug user or child abuser), that does not mean there is no one who is in a good place to raise a happy and healthy child.

There are more people waiting to adopt a baby than there are babies to adopt. It takes an act of complete selflessness to give birth to a child and allow someone else to raise that child. And those women are mothers in every sense of the word. They not only gave their children the gift of life, but gave a couple the gift of a child.

Kirke’s statement refers to her boyfriend with whom she became pregnant.  Her admission correlates with the reason why some wait for marriage to have sex! And for all the criticism that frame of mind receives, Kirke’s statement proves it all. You are choosing to participate in sex with someone you don’t really feel you even want to be with. Teenagers make horrible decisions, and this is one of them.

Kirke says that she went to Planned Parenthood for her abortion. Planned Parenthood—you know, the “non-profit” abortion leader that claims its mission is to help women and girls. How were they helping Kirke? They let her go through a likely painful procedure without anesthesia because she couldn’t pay up. It’s never been more obvious that Planned Parenthood does not put their patients first —it’s all about profit.

We can do whatever we want — wait, what? Can we just walk up to someone and punch them? No, it’s called assault. Can we just take money from the company we work for? No, it’s called embezzlement. Can we speed? Can we do drugs? Can we provide alcohol to minors? No, no, and no. All of these things are illegal — we can’t do whatever we want. We can make our own choices, but if those choices hurt others or even ourselves, we get arrested. Except in the case of abortion.

This is absolutely true. There is a reason women feel that way after having an abortion. But it isn’t because there are people attacking them, especially if they are hiding the abortion. It’s because they feel shame for what they have done. Should they forgive themselves? Yes. If you feel shame over an abortion, find peace and forgiveness for yourself. Then step up to help end abortion and stop friends from making the same mistake.

No matter how Kirke and abortion advocates try to spin it, abortion is as anti-feminist as it gets. We are told by the abortion industry that girls and women are too young, uneducated, alone, broke, and incapable of raising their children. Women like Kirke must stop feeding and promoting the idea that women can’t do anything they dream of, with or without children.