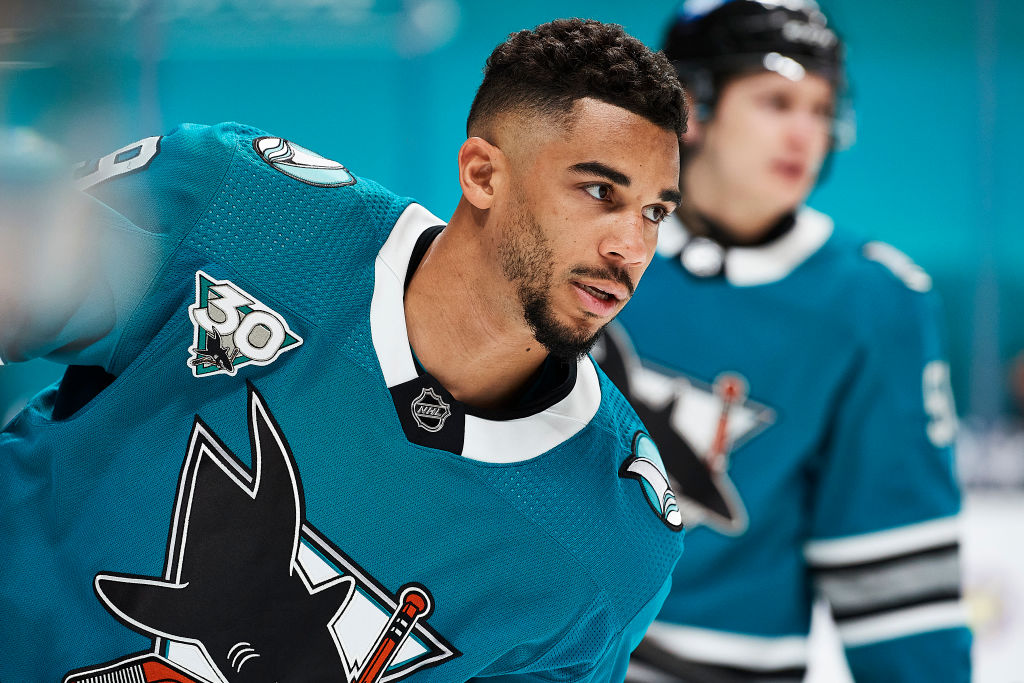 Three years ago, San Jose Sharks player Evander Kane was accused of coercing and paying a former girlfriend to have multiple abortions. Hope Parker sued Kane in 2018, but Kane filed for bankruptcy earlier this year. Parker is continuing to pursue Kane, including suing now in bankruptcy court, and a judge has just ruled that he can be forced to make discovery in the case.

Kane attempted to use the bankruptcy filing to dismiss Parker’s lawsuit, but a judge denied that motion. Additionally, he will have to sit for a deposition, where he will have to testify on the matter and turn over his electric correspondence. Kane’s debts cannot be dismissed under bankruptcy if they were obtained under false pretenses.

Federal bankruptcy judge Stephen Johnson hasn’t ruled in anyone’s favor yet, but did indicate that e-mails and text messages could prove — or disprove — Parker’s claims. “Plaintiff [Parker] was unwilling to terminate the third pregnancy until Defendant [Kane] offered her two to three million dollars to do so,” Johnson wrote. “Then, on June 13, 2018, Plaintiff sent Defendant a text message of her lab results, which confirmed she had terminated the third pregnancy. When Plaintiff requested Defendant update her on the status of her payment, Defendant, for the first time, told (Plaintiff) he was not going to pay her, stating: ‘I’ll have my lawyer contact you I’m not dealing with this any further then.’ I can infer from the complaint that Plaintiff falsely said he would pay… to abort the third pregnancy, and that he did so to deceive [her] into actually undergoing that abortion.'”

According to Parker’s previous lawsuit, she and Kane both agreed to an abortion in 2016. But when she became pregnant again in 2017, she didn’t want to have an abortion. This time, she claimed Kane pressured her into going through with the abortion anyway, saying he needed to protect his hockey career and his relationship with his girlfriend. The next year, she became pregnant a third time, and again, did not want to have an abortion. She claimed Kane began bullying her into the procedure and then began offering her money. He allegedly promised her $3 million, so she went through with the procedure, but he never paid her. Her lawsuit is not only for the money owed, but also for the intentional affliction of emotional distress.