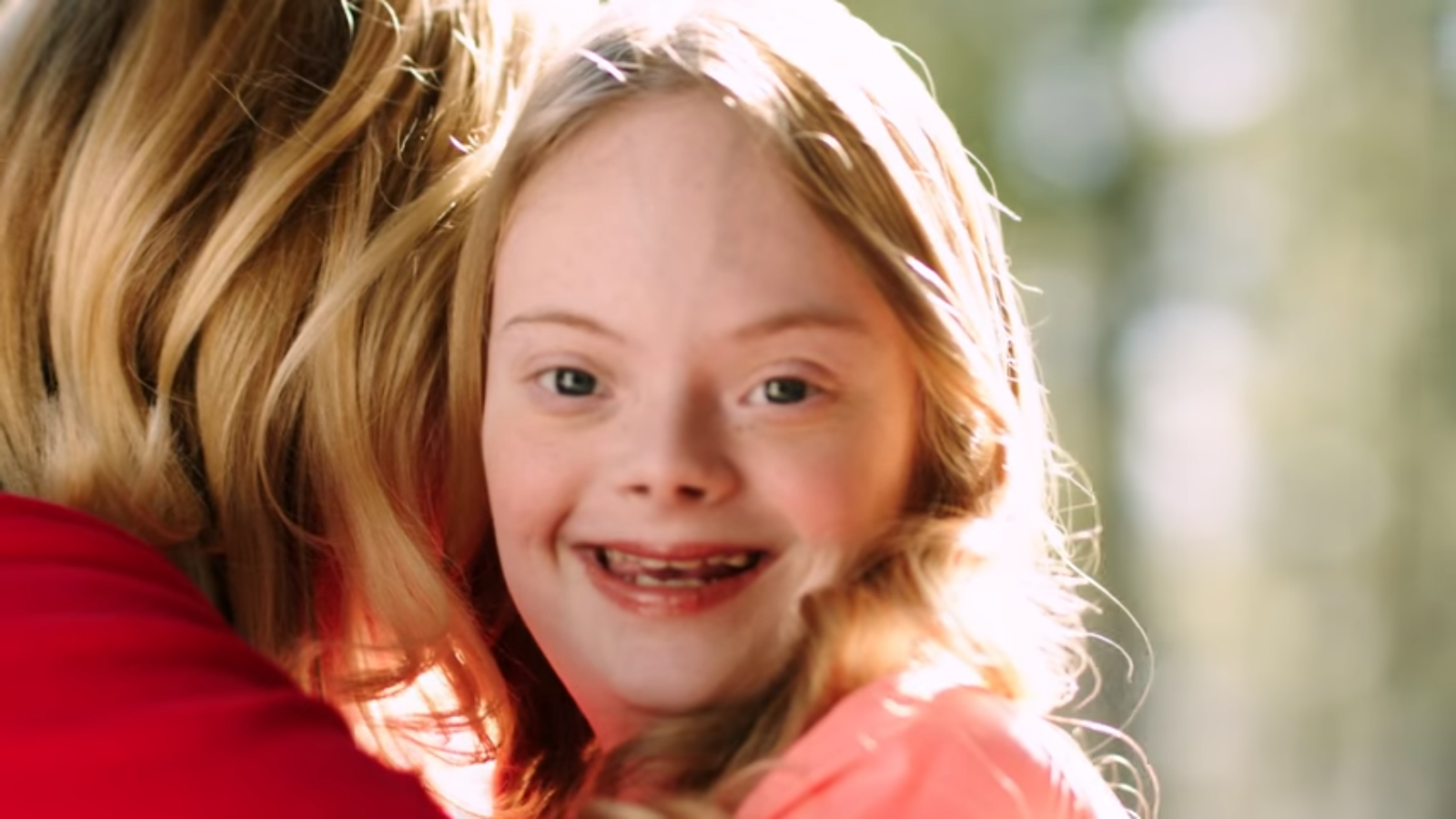 A recent TJ Maxx advertisement is shining a light on Down syndrome by featuring a 6th grade girl who lives with the condition. Her name is Lily and her mother calls her “amazing.”

“When she gets it in her head that she wants to do something, she does it,” says her mother Natalie, who is clearly proud of her daughter.

Lily is kind, beautiful, intelligent, well-spoken, and happy – things some people believe are impossible when you have Down syndrome. TJ Maxx says on their Facebook page that Lily inspires them, and they have even featured her in their cover photo.

“I feel pretty resilient,” says Lily, “because I always stand up for myself.” Lily in a screenshot from her TJ Maxx ad.

She goes on to say, “[Having Down syndrome] makes me unique, brave, and beautiful.”

Lily’s mother is amazed by her daughter’s strength and asks that people don’t feel sorry for Lily or for their family.

“Our life has been so blessed because we have Lily in it,” she says, fighting back tears of joy and gratitude. Lily says when she is frustrated she cuddles her dad or her teddy bear.

There’s a big push by pro-abortion groups to allow children with Down syndrome to be killed while in their mother’s womb. These groups, including Planned Parenthood, are fighting hard against bills passed in North Dakota and Indiana to ban abortion based on a Down syndrome diagnosis.

Up to 90% of preborn children diagnosed with Down syndrome are aborted, often times because doctors give parents outdated and even false information about what life is like for someone with Down syndrome. Instead of being provided with resources and support, parents are told that their child is better off dead than alive with Down syndrome – a completely discriminatory opinion and very far from the truth.

Thanks to TJ Maxx and Lily, more people will be able to witness the joys of life no matter what a person’s abilities are, and regardless of any medical diagnosis.