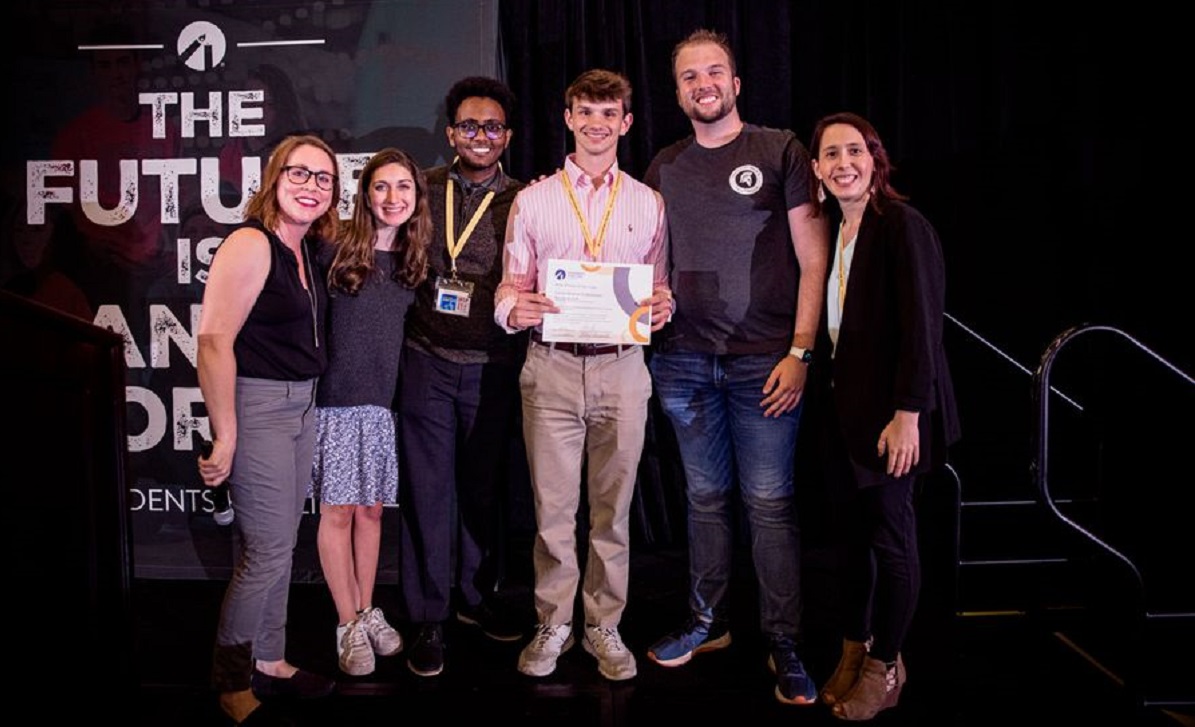 Pro-life students at the University of Virginia recently formed a Future Medical Professionals for Life chapter and are pushing forward despite the challenges they face.

“We’re a little different than how most people view student groups,” founder and president Gavin T. Oxley, a medical anthropology, ethics and care double major, told The Daily Progress. “We’re a pre-medical, pro-life organization and we’re made up of pre-med, pre-nursing students passionate about protecting the right to life, especially since we hope to be taking the Hippocratic Oath at some point.”

Oxley said he formed the group in January after Joe Biden became president. He saw the “political atmosphere was such that it was time to take specific action in light of the current federal administration being probably the most pro-abortion presidency we’ve ever had.” Since Biden took office, conscience protections for medical professionals have been on the line, as pro-abortion politicians push to force all doctors to participate in abortions. Oxley said he wants to “preserve my own conscience rights so that I don’t have to be forced to perform abortions or feel professional pressure [from abstaining] from performing abortions.” He said he realized now was the time to get involved in the pro-life cause in order to protect his rights, the rights of other medical professionals, and the rights of preborn children.

Though he did receive pushback and criticism, he was able to find other pro-life students who wanted to join him. However, there were those who said, “how could I want to be a doctor if I don’t uphold bodily autonomy.” Oxley’s response: “Personally, I think I’m upholding a greater bodily autonomy by not taking unborn lives.”

The group got to work setting up informational tables after the COVID-19 restrictions were scaled back and Oxley said they had “interesting conversations” on campus. The goal was to talk to people about why they are pro-life and they were able to help change minds, especially on how abortion isn’t medically necessary and that abortion from the point of viability makes no sense. However, they did come across one pro-abortion individual who told them abortion is health care, made an obscene gesture, and called them names.

The group also knocked on over 1,000 doors in one day for the Pro-Life Future Campaign of Students for Life of America (SFLA), hosted pro-life experts on campus, worked with a local pregnancy center, and overcame vandalism. All of their efforts earned them recognition as the New Students for Life Group of the Year from SFLA.

Members of the group have dealt with criticism in person and on social media, and they also live with the valid concern that medical schools may choose to turn them away when they learn about their pro-life stance. “One of the things people have talked about is how the medical schools see us when we are applying because we are doing this in a very public way,” said Oxley. “We don’t intend to hide it, but some people are concerned that medical schools won’t accept us because of our views. It’s something we have to deal with, but it really doesn’t matter what the schools think of us. We’re doing what we believe is right and, if they turn someone down because of that, we probably don’t want to attend that school anyway.”

Those concerns are founded, as a fourth-year medical student at the University of Louisville School of Medicine learned when he was expelled just months before his scheduled graduation, allegedly because of his pro-life beliefs. Though the majority of OB/GYNs do not commit abortions, medical students are being pushed into believing that by not committing abortions they are violating a woman’s human rights. But there is no legitimate medical reason for intentionally killing a preborn human being, and Americans of every political influence know this.

“We believe that abortion is not medically necessary and that physicians who practice abortions are not holding up their Hippocratic Oath,” said Oxley. “We’re a bipartisan group and we’re interested in having people of different political leanings in the group. We don’t believe it’s a political issue or that it should be a policy issue, but that abortion should be a human rights issue. There are groups like Democrats for Life and congressmen who are Democrats but support the pre-born, so it’s not about what party you’re in.”