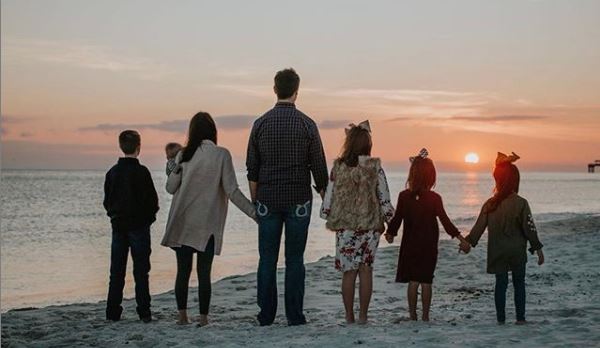 Tamra Norman and her husband were the parents of two children. They had dreams of retiring early and traveling, but that all changed in 2013 when they decided to become foster parents. Over six-and-a-half years, they would take in over 20 foster children, including a pregnant 15-year-old girl.

The couple had welcomed many foster children, including a premature baby with health issues and a child whose mother was in jail. They brought two young sisters into their home whom they would eventually adopt, and a baby boy who would permanently join their family as well. But a pregnant teen was something new for them.

The teen was due to give birth in three weeks and she was out of days at the shelter. The goal was to find the teen a home that would allow her baby to be there with her, otherwise, the baby would go to a foster home and the mother would go back to the shelter.

Okay, done for tonight. If you need pics run, don’t walk, to @kellywhitephoto. I love these sneak peeks from today!!

“My head was spinning,” Norman wrote in an essay for Love What Matters. “Return to a shelter? After giving birth? While her baby was placed in a separate foster home?”

Norman wasn’t sure how she could take in this young woman and explain the situation to her young children. Their home didn’t have space for two more people, especially a mom and a new baby. But she also knew she couldn’t say no.

“So, my no became a yes,” she wrote. “Yes, we would take this pregnant teenager and then bring her, and the baby, back to our home.”

Henry could look/play with the tree all night when it’s plugged in. Lucky for him as the baby, we just let him.

She and her husband began prepping the house to make a private space for the newest members of their family. Later that day, the young woman arrived, nervous about entering this new home and situation.

“This young girl was just desperate for a mom, her mom, and she was getting me instead,” said Norman.

Once the baby was born, Norman and her husband became foster grandparents at age 35 to this new little baby. They say this teenage girl “is one of the strongest mothers” they know who has “made our life better.”

“This journey has been nothing like I originally imagined,” wrote Norman. “[…] BUT…. I will throw caution to the wind and love fiercely the little girl who is mad at the world. The little boy who has been handed a very hard life. The teenage mom who has nowhere to turn, and the drug addicted mother who lives a life of regret. I will get too attached every single time. And that’s definitely a good thing.”