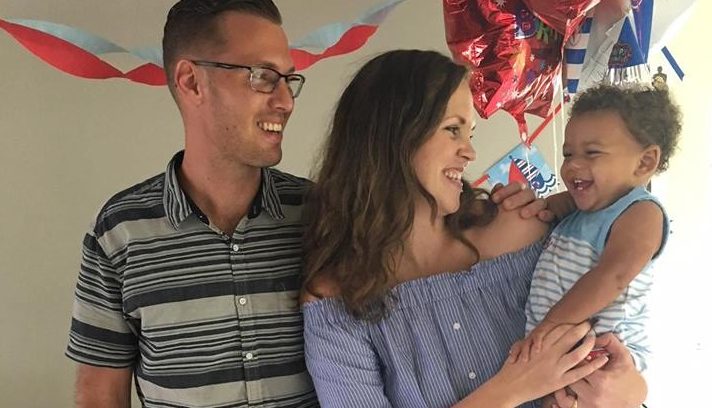 The foster parents that cared for Jordan Belliveau, a 2-year-old boy who died at the hands of his biological mother, are now seeking to adopt his baby sister.

It is a heartbreaking and all-too-common story: a baby was born into a dangerous family situation in the Tampa Bay area. According to the Tampa Bay Times, his father was a known gang member, and at three months of age, his house had been visited by various agencies responding to warnings about weapons in the home, stolen cars, shootings in the home’s driveway, drugs, and a sex offender around the house. Two months later, the boy, Jordan Belliveau, was placed with Juliet and Sam Warren.

Pictures from that time show a happy toddler with dimples and a wide smile. With the Warrens, Jordan grew and thrived as he learned to walk and talk. But tragically, the system failed Jordan, who, after over a year with the Warrens, was placed back with his biological mother, who then beat him to death. “It was a horror I never, ever imagined,” Juliet Warren said on her blog.

After her arrest in connection with his death, Jordan’s mother revealed she was pregnant again, and she later gave birth to a girl, Serenity, behind bars. The Warrens approached her about adopting the baby girl.

“Last fall, we were broken by the death of a child we loved dearly,” the couple said in a released statement. “As the fall continued, the question of what would happen to Jordan’s little sister began to weigh on us. We knew that Charisse would not be able to care for her. After much prayer, we approached Charisse about allowing us to adopt the baby, and she agreed. She is with us now, and we are continuing the legal process to complete her adoption.”

However hopeful, this move puts them at odds with Jordan and Serenity’s father who, through his lawyers, has indicated his intention to contest the adoption, according to FOX 13.

The Warrens are calling for a “fundamental reexamination” of the Florida State child welfare system. “Jordan was failed by the system,” they said in a statement. “He was failed by many people who would have protected him, but didn’t. Promises that were made to us about how he would be protected after his return were broken.”