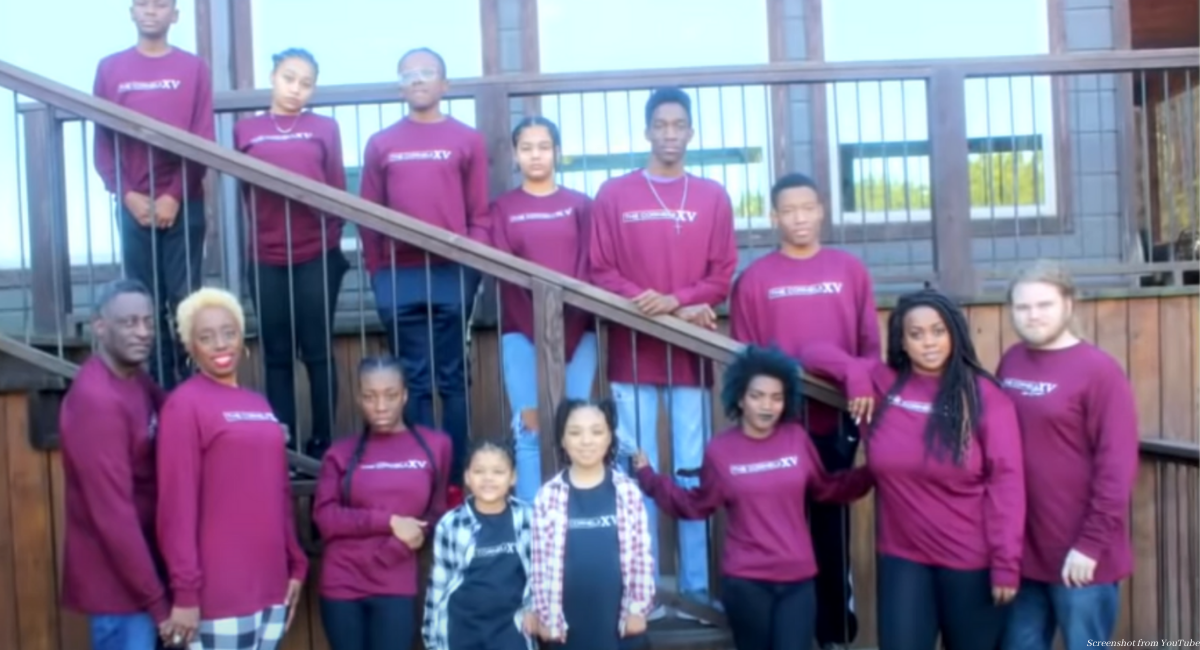 Paula Cornelius, a foster mom who adopted 13 children in Texas, was just given the gift of a lifetime from Good Morning America (GMA). Cornelius, who not only fostered children herself but also worked as a social worker, was given an all-expenses-paid trip to Disney World for herself… and her family of 29.

Cornelius and her husband weren’t able to have biological children, according to GMA, and began fostering children in need of a safe home. She ended up adopting 13 of them, who were reportedly all born to teenage mothers. After adopting the first of her children, she realized some of them had biological siblings in the system as well — so she adopted them, too, making sure the siblings would stay together. She also made sure her children were able to stay connected to their biological families, which one of her children called the “best of both worlds.”

Along with her sister Alexandrea Horsley, Cornelius was surprised live on-air by GMA with the trip to Disney. The two women formed the Lullaby House together, which gives pregnant teenagers, or teen parents of children under three, a safe place to live. There, they receive resources, programs, and services which empower them to become self-sufficient and live independently. “Giving that love and support that they need, and letting them know that even though they might be in a crisis situation right now, it doesn’t define their life,” Horsley said.

READ: Single black mom adopts three white children from foster care: ‘I wouldn’t have it any other way’

“I think you would probably describe my mom as someone with a little bit of spunk,” her daughter Sydney said told GMA. “One of the things I admire most about her though is her capacity to love. Not everyone has the capacity for 13 kids, or more! But she really has a grace for family, a grace for parenting, specifically.”

“It’s not even about blood,” her brother, Anthony Terrell, said. “It’s about family, love, taking them out of not-so-good situations, inspiring them and giving them a foundation to go out in the world and accomplish great things.”

According to the Dallas Morning News, the family had originally planned to take a Disney World trip earlier this year, but had to cancel after Horsley was diagnosed with cancer. Now cancer-free, Horsley worked with representatives from GMA to give her big sister the surprise of a lifetime. “You talk about giving people their flowers while they’re living, and that’s what I wanted to do,” Horsley said. “She is just a pillar of the community, she’s always touching lives.”

The five-day trip includes airfare on a special Disney-themed plane, and will include everyone in Cornelius’ family — Horsley, Terrell, and their niece’s family. The surprise took Cornelius’ breath away. “It was a total shock,” she said. “That took me totally by surprise, I was just shocked and just speechless to what was going on.”

She’s also happy that she’ll get to share the trip with her little sister, who was her first love before she was a social worker or a mother. “She was my first love as a baby,” Cornelius said. “Being five years older than her, I jumped on it and just have not looked back since then. It’s been a blessing for us all.”