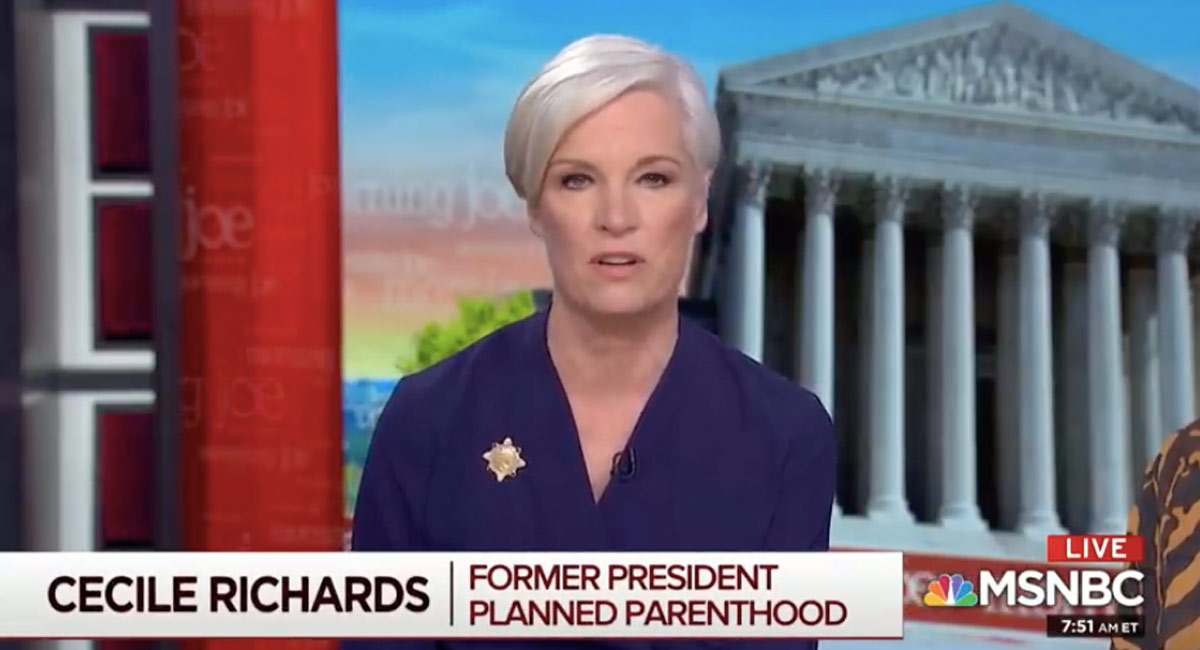 When Cecile Richards stepped down from her role as president and CEO of Planned Parenthood, the country’s largest abortion chain, many wondered if her next move would be to run for political office, like her mother. And now, Richards has finally revealed her plans. Together with other activists, she has launched a new political action group aimed at women, and she’ll be partnering with Planned Parenthood yet again.

Newsweek reports that Richards has partnered with Black Lives Matter co-founder Alicia Garza and executive director of the National Domestic Workers Alliance, Ai-jen Poo to found Supermajority, an organization dedicated to uniting American women “seeking change.” The group will reportedly provide training to help women become political activists, with the Supermajority website saying that women “can be the most powerful force in America — if we do the work together.”

In an interview with Washington Post columnist Karen Tumulty, Cecile Richards explained that she wants to make “women’s issues” more mainstream. “Women are actually the majority of pretty much everything,” she said. “And yet, it feels like the things that women care most about and are talking about are kind of put aside. We’re seen as a constituency, rather than the majority of people in this country.”

“The issues we share as women are deep, and they are wide, and they’re very similar across the country. But we have to be in rooms with women that we don’t know,” she continued in her interview with the Washington Post. “I know that there are many more of us, even though we don’t come from the same backgrounds. I don’t know what the model for that is. It’s not something that we have done.”

Does this mean that women from different backgrounds — say, pro-life women — will be welcome at Supermajority? It seems unlikely, given that Richards said they will be partnering with Planned Parenthood. Richards told Buzzfeed News that she has already reached out to her replacement, current president Leana Wen, to see if Planned Parenthood wanted to be involved. “If anything, I feel like [Planned Parenthood is] really interested in how we can continue to grow this movement, and I’m really proud of the work they’re doing,” Richards told Buzzfeed, with Wen providing a statement of congratulations.

Meanwhile, Lyric Chen, the current senior strategic adviser for Planned Parenthood, will be working for Supermajority as part of the “steering committee,” which Buzzfeed says will consist of leaders tasked with acting as “Supermajority’s gut-check, making sure the group stays in line with its goals.” And while the release announcing the formation of Supermajority does not mention abortion, Poo affirmed to Buzzfeed that abortion is a priority for the group, saying, “That’s absolutely an issue that we care deeply about.”

According to Gallup, only 31 percent of women support abortion being legal under all circumstances, and roughly half of women identify as pro-life. Yet Richards seems poised to, once again, ignore the reality, which is that her position of taxpayer funded abortion on demand, at any time, without questions, is out of touch with Americans, including the overwhelming majority of American women. She claims to want to give women a voice, but will she listen to the voices of women who don’t agree with her vision of what this female-led movement should be?