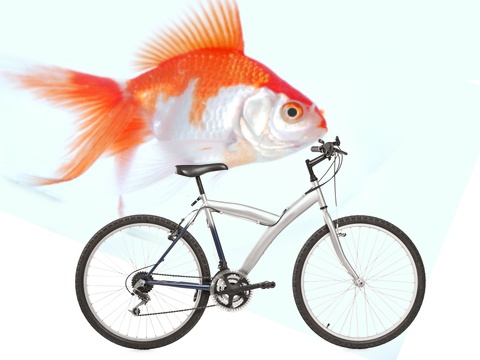 Time to stand up. 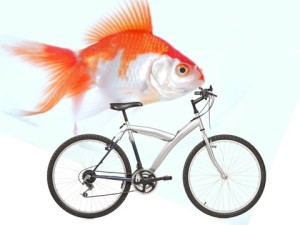 Feminist Gloria Steinem made this dreadful statement popular: “A woman needs a man like a fish needs a bicycle.” Not only is the phrase insulting and downright mean, but it’s also a blatant lie. Standing up for the rights of women is important. Women have been underpaid, abused, overlooked, and devalued. Women need protection and support. However, degrading men should never be part of the process of empowering women.

Men are our fathers, brothers, uncles, and cousins. They’re our coaches, teachers, leaders, and heroes. Men fight battles overseas, endure long hours in Corporate America, and struggle to provide food for their children. Fathers walk us down the aisle, and husbands hug us when we need it most.

I believe that God has placed in men an innate desire to protect, defend, and provide for those they love. There’s a reason why men flock to the theater to see the latest Tom Cruise flick. Of course, guys like the fast cars and explosions. Yet I think there is something more to the story. Perhaps inside every man is a need to win a war and rescue a maiden.

In the height of radical feminism, men received the message that they were not needed. That’s an extremely damaging message for the male heart. Women told men, “I don’t want you open my door,  “I can pay for my own meal.” Later, the worst saying of all became “It’s my body, my choice!” In other words, women said, “Shut up and sit down cause I know what’s best.” 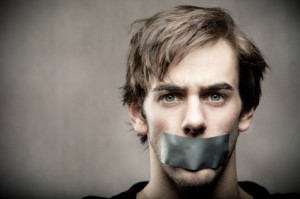 When we talk about abortion, some men feel they shouldn’t be in the discussion. Men have believed the lie that abortion is a “women’s” issue. Some men believe that even if they have something to say, it’s not their place to say it. This must change. Some of the most influential pro-life voices I know are men. Lou Engle, Will Ford, Walter Hoye, Ryan Bomberger, and many others have influenced thousands to take a stand for the lives of the unborn.

The pro-life community was disheartened when MSNBC host Touré Neblett publicly said abortion was a good choice for him. Touré admitted to aborting a child with a woman he said was not “the one.” Anti-abortion activist and post-abortive father Matthew Clinger responded to Touré’s statement. He boldly wrote:

Men, hear me. This is one of the root problems of abortion: disrespectful, childish men who couldn’t truthfully admit, ‘I know we are not going to get married, but let’s have sex and possibly conceive a child that neither of us are ready for.’ Because of abortion, we act as if pregnancy is as big of a deal as getting a cold or spraining an ankle. So prideful. So cavalier… Lesson one for our nation: Abortion will end when boys can become MEN who respect women enough to not have sex with them until they are in a real “committed” relationship…called marriage.

I admire Matt’s stand and hope that other men will follow his example. Matt’s voice for life came out of his own painful experiences. He shares his story of abortion on his blog:

We became pregnant 3 months into our relationship. Kelly and I both grew up attending church and knew how our parents felt about sex outside of marriage, so that seemed to leave very few options for us. Kelly convinced herself she had to have an abortion so that we could try and hide what honestly our parents already knew was going on. Her friend took her to have the abortion, and we never discussed it. Within one month, however, we found ourselves pregnant again, and we aborted the second child just as quickly to hide our shame. This time, I took her to the clinic.  As I sat there in the waiting room, I could hear crying and saw women come out with tears running down their faces.  This scared me because I was told “this was just a small procedure and it wouldn’t hurt Kelly or the tissue at all.”  In my heart, I knew this was a baby, not tissue.  As Kelly came out, she was groggy and looked to be in a lot of pain, which made me furious about the lies they told me.  As we drove home, neither of us said a thing.  We sat in silence as I contemplated our decision.  Sadly, because of my inability to be a man, I put it all aside and we went on with our relationship.

Kelly and I eventually got married, but many years after the abortions I realized I was in pain.  My inability to protect those I was entrusted to care for created a domino effect of bad choices.  I struggled with how to be a man and husband because I had become like Adam in my silence.  I self-medicated my pain with pornography and alcohol and searched for ways to find my voice when really what I needed to hear was the voice of God. I was a broken man with a broken wife, two children in heaven, and was trying to pick up the pieces of what my indifference had done. I watched Kelly find healing from the abortions and eventually decided I needed help too. The healing process made me realize that I was meant to be a Daddy to those two children and that my silence never allowed me to be that for them.

Thankfully, Matt Clinger is no longer silent. He and wife Kelly are committed anti-abortion activists. Matt is calling forth post-abortive fathers to raise their voices. It’s clear that abortion hurts men. It’s time to hear the stories of men who regret the choices they made. We need to see their tears and understand their pain.

Men, you were made to protect and defend the most innocent among us. So proudly stand up and be warriors for life!