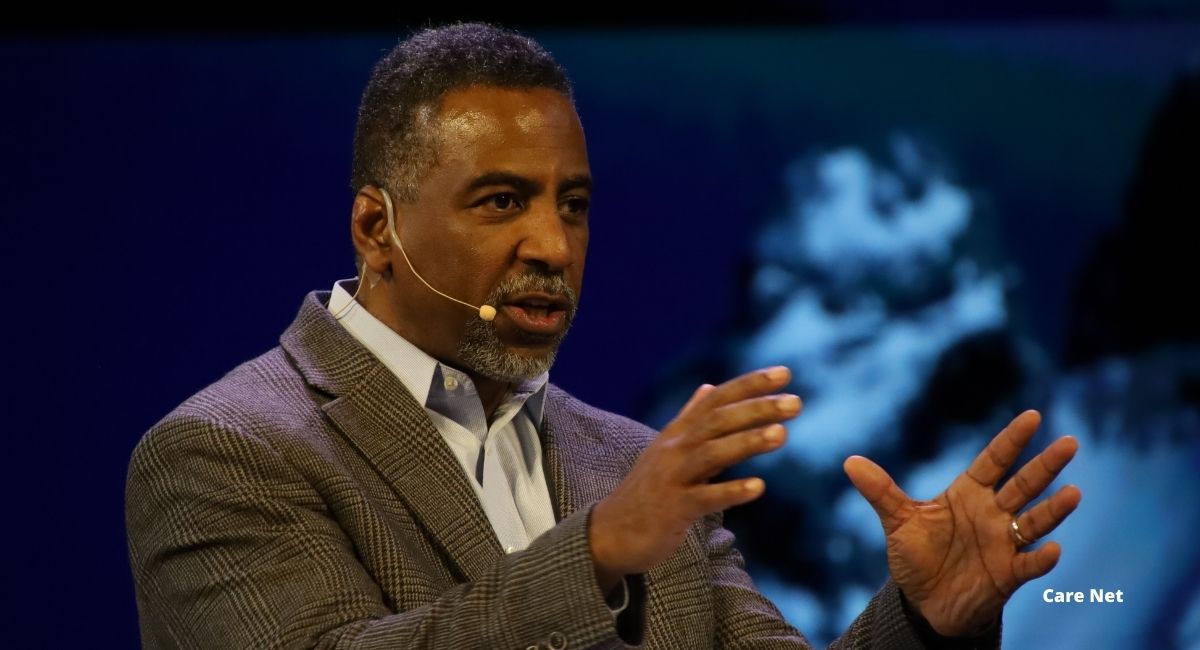 (Care Net) On March 4-5, Care Net hosted the first-ever pro-life men’s conference dedicated to inspiring and equipping men to protect the unborn, build strong families, and champion the cause of life. The two-day conference empowered and equipped attendees to provide compassion, hope, and help to women and men facing unplanned pregnancies.

Roland Warren, president and CEO of Care Net, said the conference was more than a call to be pro-life, but for men to turn their pro-life passion into “Pro Abundant Life” action by embracing a broader vision.

“The ‘Pro Abundant Life’ perspective is not only about protecting the unborn from abortion, but also building strong, God-honoring families and welcoming people into life-saving, life-transforming relationships with Jesus Christ,” Warren said.

The conference highlighted topics that, though important, are not often discussed in the conversation about abortion. Dr. Tony Evans, whose church was the site of the event, motivated the attendees by illustrating that, from a Biblical perspective, the abortion issue can’t be solved without men stepping up with boldness and Christ-like compassion.

Jill Marquis, Care Net’s Director of Abortion Recovery and Care, addressed the men in attendance about finding healing after experiencing abortion, a near-taboo topic in the public square. Greg Austen, Care Net’s executive director of outreach and engagement, led a special altar call for such men seeking healing from their participation in a past abortion. Dozens of men came forward to receive comfort and prayers.

Additionally, men were invited to take action and become involved in the Pro Abundant Life movement in their local communities. Several conference speakers, including Rev. Samuel Rodriguez, inspired men to become engaged with their churches on the life issue. Austen then highlighted Care Net’s Making Life Disciples program as a practical tool to equip churches and churchgoers. Keynote speaker Amy Ford, president and founder of Embrace Grace, educated the attendees on her organization’s Embrace Legacy program, which provides support for single fathers in a church setting. Presenters also emphasized the need for men to volunteer at pregnancy centers.

“Men have always had a role to play in the pro-life movement,” said Warren.” Like Joseph, the father of Jesus, we are called and missioned by God to defend the unborn, build families, share the Gospel, and protect the vulnerable in our communities. So, we have a choice to make. Will we be great like Joseph, who followed God’s call to sacrifice himself for others, or will we be ‘great’ like Herod, who sacrificed others for himself? That is the choice that is before us, and we want to equip men to tap into their inner Joseph so they can become an integral part of the Pro Abundant Life movement.”

Editor’s Note: This article was originally printed as a Care Net press release and is reprinted here with permission.