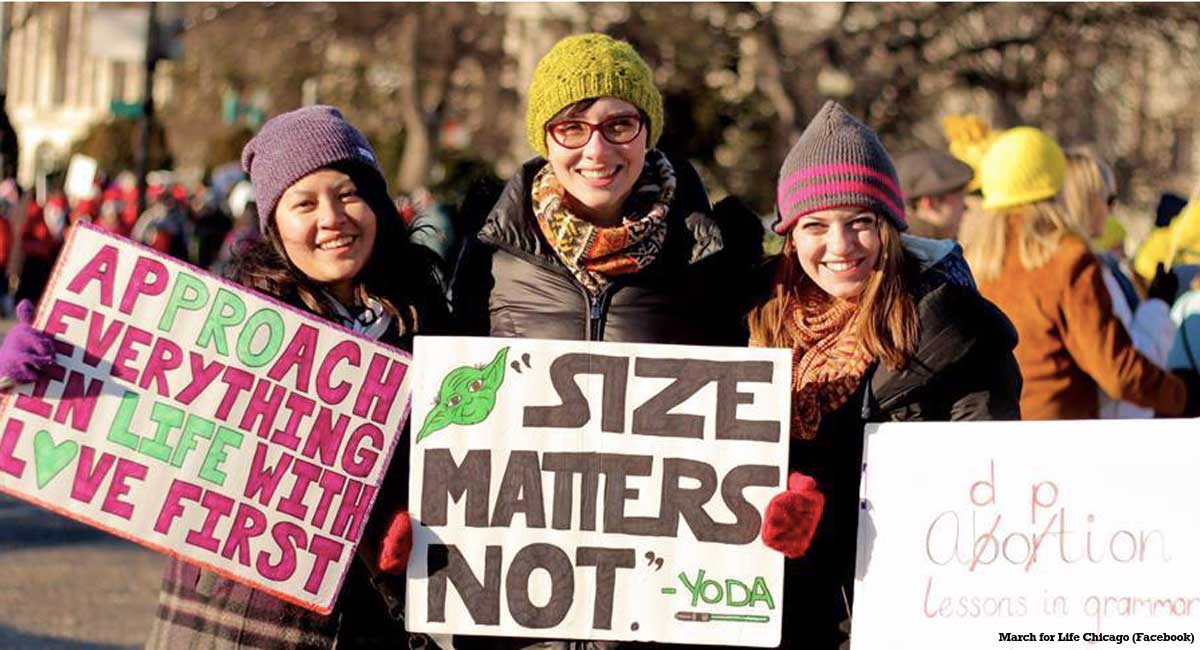 The first-ever California March for Life is slated to take place at the end of this month after the event was cancelled last year due to health and safety concerns resulting from the COVID-19 pandemic.

The March for Life in Washington, D.C., has taken place every year since 1974, the year following the landmark Supreme Court ruling Roe v. Wade legalized abortion through all nine months of pregnancy throughout the U.S.

This year, March for Life has teamed up with the California Family Council to bring the march to California — a state well-known for its progressive agenda that champions pro-abortion policies. The event will be held on August 25, 2021, in Sacramento in front of the State Capitol. The rally will begin at 11:00 a.m. PT, followed by a march at 12:00 p.m. PT.

The list of speakers has not yet been announced. The March for Life website states that the goal of the event is to ensure every member of the legislature hears their message of love for preborn children and their mothers.

“We are delighted to partner with the California Family Council, a stellar pro-life organization in the state, to help plan and launch the first ever California March for Life. The march is an opportunity for California pro-lifers to unite and encourage state legislators to craft policies that respect the rights of the unborn,” said Jeanne Mancini, President of March for Life Defense and Education Fund, in a statement. “Every human life has dignity, and our laws must reflect that.”

The march was originally scheduled for June 23, 2020, but was postponed due to the COVID-19 pandemic. In lieu of the march, an educational webinar titled, Sacramento 101, was held in May 2020 to present information on California pro-life advocacy.

In addition, the March for Life in Washington, D.C., which normally draws hundreds of thousands of pro-lifers to the nation’s capital every January, was held virtually in 2021 due to the pandemic.

California is a notorious hotbed for pro-abortion policies. Live Action News previously reported that according to the pro-abortion Guttmacher Institute, the former research arm of Planned Parenthood, at least 15% of all abortions in the country are committed in California. The number, however, could be even higher than that, as California chooses to opt out of reporting its abortion statistics to the Centers for Disease Control and Prevention.

Mancini told Fox40 that conversations about bringing official pro-life marches to the state level spurred a state march initiative and partnership between the California Family Council and March for Life.

Jonathan Keller, President of California Family Council​, said, “California claims to be the epicenter of the ‘progressive’ agenda, but when it comes to treating every human life with dignity and respect our Golden State has a tarnished record. That’s why California Family Council is thrilled to partner with our friends at the national March for Life to host a peaceful gathering on August 25 on the steps of the Capitol. We invite all people to join us in celebrating God’s gift of life from conception to its natural end. Let us all recommit ourselves to liberty and justice for all – born and unborn.”

More information on the California March for Life is available here.