(Save The 1) For the past few months, my heart has ached for the millions of babies whose lives have been stolen from them, for the intense pain they each have experienced, and for the choice they never had. This is why I feel I must now speak out.

Abortion is an issue which touches me deeply and personally. Over four years ago, I was faced with the choice of abortion due to a challenging prenatal diagnosis. I was in a situation where doctors told me I was likely to give birth to a dead child, or that at least he would have one or more limbs missing due to a little-known condition called Amniotic Band Syndrome — a rare genetic condition caused by strands of the amniotic sac which separate and entangle digits, limbs, or other parts of the baby. This constriction can cause a variety of problems depending on where strands are located and how tightly they are wrapped. Most often, the strands can cause amputation of limbs or constriction of the umbilical cord. As you can imagine, it was a definitely a terrifying diagnosis.

I am so grateful for the doctor I had. He made sure to educate me on other options, but I understand that other women have not been so fortunate. Even though abortion was an option, he didn’t pressure me into it. He wanted to do everything he could to save my baby’s life. How blessed I was to have such a doctor! Dr. Ball even said he would reach out to a colleague of his who performs fetal surgery to see if he would agree to meet with me to discuss this experimental treatment.

My husband and I left the hospital, walked up to our car, and just fell into each other’s arms and sobbed. We both agreed that there was no doubt that we would not end the life of our son, but we couldn’t imagine him being pulled apart by this horrible syndrome. We prayed together, then both left to finish our work day. However, Dr. Ball called to say that the surgeon had agreed to meet with us, and that we had to get on a plane to Texas that evening.

The next morning, Dr. Belfort explained that no one had ever performed surgery on an unborn child this young, but that same day, when I was at 19 weeks gestationally, we were blessed to have this record-breaking experimental fetal surgery which saved our child’s life! 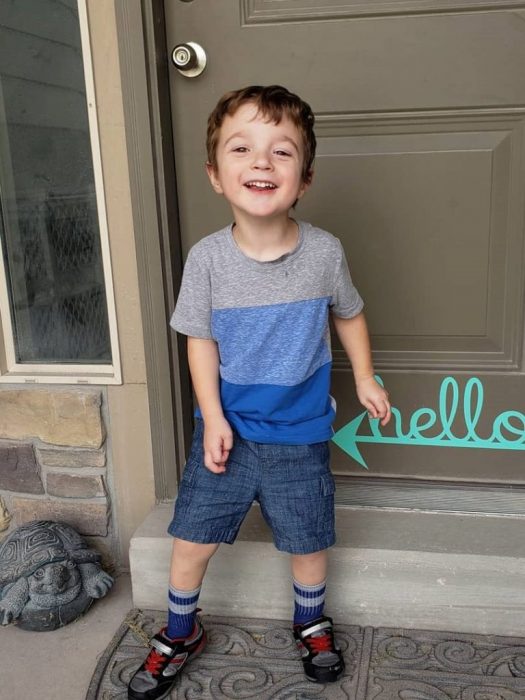 Today, our son Kai miraculously has all of his limbs! He only lost the top portion of his right ring finger. I believe God let that happen so every time we look at his “lucky fin” we could be reminded what God did for us that day. I published the full story in this Facebook post four years ago.

I want to express my deepest gratitude to all surgeons who do all they can to save those babies whom other medical professionals would label “incompatible with life” and not worth the trouble. Unfortunately, many medical professionals are quick to push abortion as their patient’s only option. I see this often now in my advocacy for life. Until you’re in the movement, you don’t realize how often it happens.

Many abortion supporters assure us that women only have late-term abortions when their health is at risk. That claim is not true, but what does that mean exactly?  According to Doe vs Bolton — the companion case to Roe vs. Wade — women’s health includes physical, emotional, psychological, and familial conditions as well as the woman’s age. In other words, health risk means late-term abortion for any reason. The new abortion laws which have been put in place in New York and Illinois, as well as existing abortion laws in a number of other states like Oregon, who also funds abortions with state taxes, specifically legalized terminating Kai’s life at ANY point in my pregnancy.

Most of my pregnancy put me at risk physically, emotionally, and mentally. Not to mention, Kai was likely to not be viable due to a heavy loss of amniotic fluid. Even after the fetal surgery, I had terrible, debilitating depression, and anxiety. My physical health, as well as my baby’s health, was always at risk from the mental stress. Intense anxiety for the well-being of my baby plagued me. Every. Single. Day.

According to these barbaric laws, I could have said at any time, “you know what, this is too stressful; I’m on bed rest and miserable; I’m done!” As horrific as it sounds, I could have allowed the doctors to kill him anyway, even after the hard work of many to preserve his life. After all, my water broke during surgery, so with very little fluid to develop his lungs, Kai had to fight hard to stay alive. Each day he was alive was truly a miracle.

It is so maddening that many women have been in a similar situation as me, and instead of being provided with all the facts and options, they were pressured into an abortion because their baby may have had birth defects, or possibly might not have been what the doctors consider viable.

For example, there are many mothers who abort their children because they find out their child has Spina Bifida, a congenital defect of the spine in which part of the spinal cord and its meninges are exposed through a gap in the backbone, often causing paralysis of the lower limbs, and sometimes developmental disabilities. According to Life News, 64% of the sons and daughters diagnosed with spina bifida in the womb are aborted. Live Action reports that fetal surgery before 26 weeks can correct a large percentage of the damage to the spinal cord, giving these babies a chance to walk, with a reduced likelihood of needing shunts to remove fluid from their brain.

READ: Pressured to abort, a second opinion caused these parents to choose life

People are afraid of a poor in utero diagnosis or a challenging child — one who is not “perfect” or who has anomalies, such as children with Down syndrome. Shockingly, two-thirds of all babies who are diagnosed with Down Syndrome are aborted in the U.S.. If people do not open up to the possibility of having a child with special needs, they will never know the joy and deep satisfaction that serving these beautiful souls can bring. 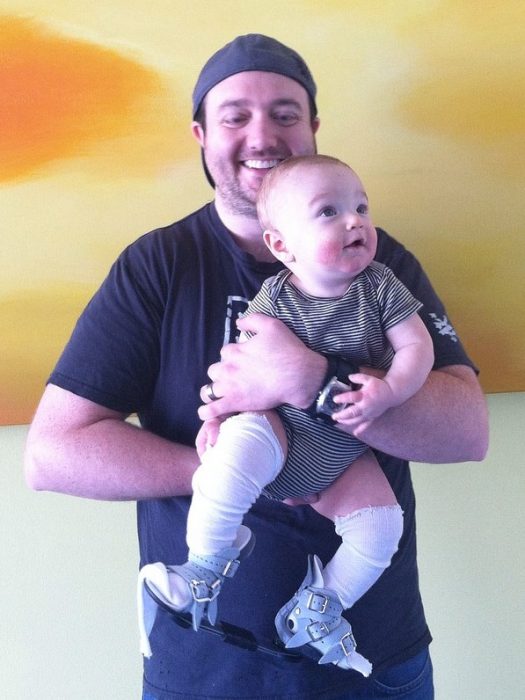 Our son Kai has come with a lot of challenges. Born at 34 weeks, he had to have full leg casts for his first three months after his birth, he needed surgery on his ankle to break up scar tissue at four months, and he required special footwear to correct his clubbed feet for several years. It has been a challenging 4 years, but those trials have brought us so close to him and to each other. He has brought more blessings than anything else! We have learned a great deal about sacrifice and the strength and edification it can bring.

By helping him overcome his challenges, I have seen growth in him which has exceeded my expectations. Kai fought so hard for his life in the womb everyday because he has a strong will to live. I chose to respect that and fight fiercely along with him. If I would have chosen to kill my baby, I would have regretted it every single day of my life, as do hundreds of women. And that’s why it should not have been a matter of choice, but protecting his life and his humanity….

Continue reading the entire article at Save The 1.