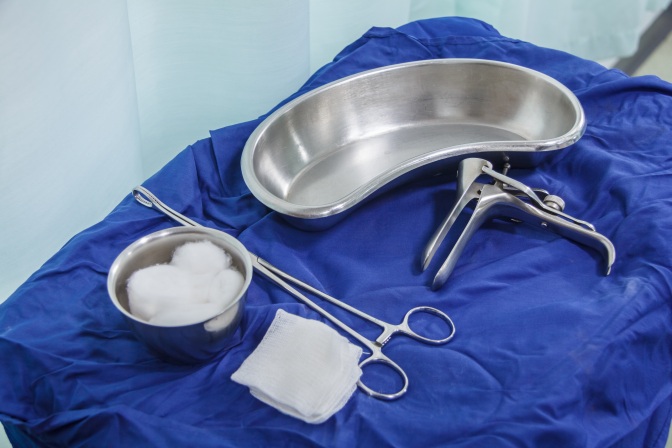 Many abortionists don’t speak too openly about their decision to perform abortions, perhaps out of fear or guilt or shame of stigmatization. But when they do speak, they make certain to counter the negative aspects of their job by claiming they perform some kind of twisted public service.

In July, the Journal of Obstetrics and Gynecology showcased the opinions of four medical residents, all of which spoke of their struggle to perform abortions. They grappled with the question of when life began, how they could justify harming a preborn child, seeing a baby on the ultrasound move and kick.

One abortionist was not happy with these narratives. Dr. Carolyn Payne wants abortionists to speak out proudly about what they do, and she’s leading the way, writing a defense of her decision to perform abortions. Payne even says that she became a doctor specifically so that she could perform abortions….

I love providing abortion care to women, and I am proud to do so. I am also far from alone. Upon publication of “Four Residents’ Narratives on Abortion Training,”… [r]esidents from across the country were surprised and confused by the omission of any resident perspective that voiced confidence and pride in their decision to provide abortion services. To us, abortion training was something we advocated for in medical school, and actively sought out in our residency training programs. To us, abortion training was exciting, because it meant we were developing the skills necessary to provide women with safe reproductive healthcare.

To many of us, the decision to receive training in abortion wasn’t “agonizing” at all as a recent corresponding piece in Yahoo! Health described. Rather, providing our first MVA [manual vacuum aspiration] was a “feel good procedure,” because we had successfully performed an intervention that changed a woman’s life for the better!

Think about what she just said: providing an abortion was a “feel good procedure.” A person could theoretically argue that abortion is necessary and should be legal, but how is it ever something to feel good about? Regardless of the legality of abortion, it is always a tragedy. A preborn child’s life is being snuffed out. A woman has found herself in the position that she feels she has no other choice but to kill her own baby. There’s nothing to feel good about there. And considering the massive negative consequences associated with having an abortion (increased risk of breast, liver, ovarian, and cervical cancers, increased risk of preterm birth, increased risk of endometriosis and Pelvic Inflammatory Disease, higher risk of mental health disorders, and higher risk of being a victim of domestic violence), it’s hardly something that changes a woman’s life for the better.

Residents and medical students in vast numbers are committed to abortion training, not out of obligation, but out of desire. One organization alone, Medical Students for Choice, educates thousands of students across the country each year about abortion, with the demand continuing to grow. Their alumni go on to apply to residency training programs specifically because of the abortion training their program offers. I myself moved from Ohio to Massachusetts for residency specifically to ensure my abortion training would be comprehensive and sufficient….

It’s interesting that she mentions “vast numbers” of medical students and residents who are committed to abortion training. She seems to be the only person in the abortion lobby that feels like people are knocking down the doors to perform abortions – after all, pro-abortion advocates have repeatedly complained about how fewer and fewer medical students are choosing to learn how to perform abortions. The students who do are reportedly shunned.

… I never experienced unplanned pregnancy because I was fortunate enough to have parents who understood the normalcy of teenage sexuality, and provided me education and opportunities to prevent undesired pregnancy and disease. I could have sex, just like a man could, and go on with my life, with minimal fear of life-changing consequences (i.e. unwanted pregnancy).

I realize this is a privilege in our society and that is unjust. All women who desire contraception should have it; it’s necessary for women to be able to achieve their goals. Not because women are sluts, but because women are humans, and humans do have sex.

It may not be popular to admit this, but the fact of the matter is that those humans having sex need to realize that sex leads to pregnancy. That’s not the fault of evil, woman-hating, pro-life misogynists; it’s just the way that human beings were created. Unless a person is 100% abstinent, pregnancy is always a possibility, even with contraception. Contraception is a completely different argument from abortion, but claiming that women may get pregnant after having sex is not indicative somehow of an “unjust” society, and to claim otherwise is beyond ludicrous.

Also interesting is Payne’s statement that contraception and abortion are “necessary for women to be able to achieve their goals.” This is a common statement from abortion activists, who claim that unless women can abort their children on demand, at any time, for any reason, women can’t accomplish anything – all while accusing pro-lifers of being “misogynists” and “anti-woman.” Claiming that women are too weak to accomplish anything without abortion is not  pro-woman. Women are not damsels in distress, incapable of overcoming hurdles or handling unexpected changes and accomplishing goals while also being mothers.

Payne asserts that the effort to defund Planned Parenthood is all just a conspiracy to force women to get back in the kitchen and out of the workplace. No, really:

[T]aking away women’s access to reproductive health services and birth control seemed like a covert, or rather overt effort to remove the work-force competition, and place women back in the home…. Women should have every opportunity to explore their potential in the public sphere, and they will never be able to do that if they cannot exert agency and autonomy over their bodies. Republicans know this. Misogynists know this too.

We do not live in a world where men and women are equal….

Once again, we see that pesky idea being presented that women will never be able to “explore their potential” in the workplace unless they can kill their preborn children. How is Payne’s attitude not misogynistic? She believes women are incapable of competing with men without abortion. Is that pro-woman?

Payne might want to do a little bit of research before making outlandish claims about how defunding Planned Parenthood would rob women of what is, apparently, their only source of health care. Actual health clinics vastly outnumber Planned Parenthood clinics, so if PP was not only defunded but disappeared entirely tomorrow, women would still have plenty of access to health care. The only thing Planned Parenthood offers that these clinics possibly don’t is abortion – and so we come back to the anti-woman attitude that women cannot accomplish or excel at anything unless they can get an abortion. Way to believe in your fellow women, Dr. Payne.

And most importantly, I think it is fair to children, that they are born into a world where they are wanted, and loved, and cared for, and have the resources they need to thrive. I think abortion is a social good and a tremendous way in which physicians can contribute to a more socially just world.

Ah, yes. Children would be better dead than poor, disabled, or unloved. If a child might have even the remotest chance of having anything other than a happy, privileged life, they’re better off dead, according to Payne. Because no child ever is able to overcome less-than-desirable circumstances? Because children who live in poverty aren’t really valuable members of society? And if a child’s parents  aren’t the best, most loving parents in the world, that child has no hope of ever receiving love anywhere else? That’s what she, and other abortion supporters, are really saying. That such children are better off dead.

Claiming that abortion is a “social good” that somehow helps children is nothing more than eugenics wrapped in an eloquent bow. Get rid of these “unwanted” children, and we can build a better world. What kind of person thinks like that? It’s frightening to see someone willing to admit to such horrific views so openly and cavalierly.

Despite all of Payne’s arguments, abortion is not a good thing. And if it was, would she really have to write such a long defense of it trying to convince people?