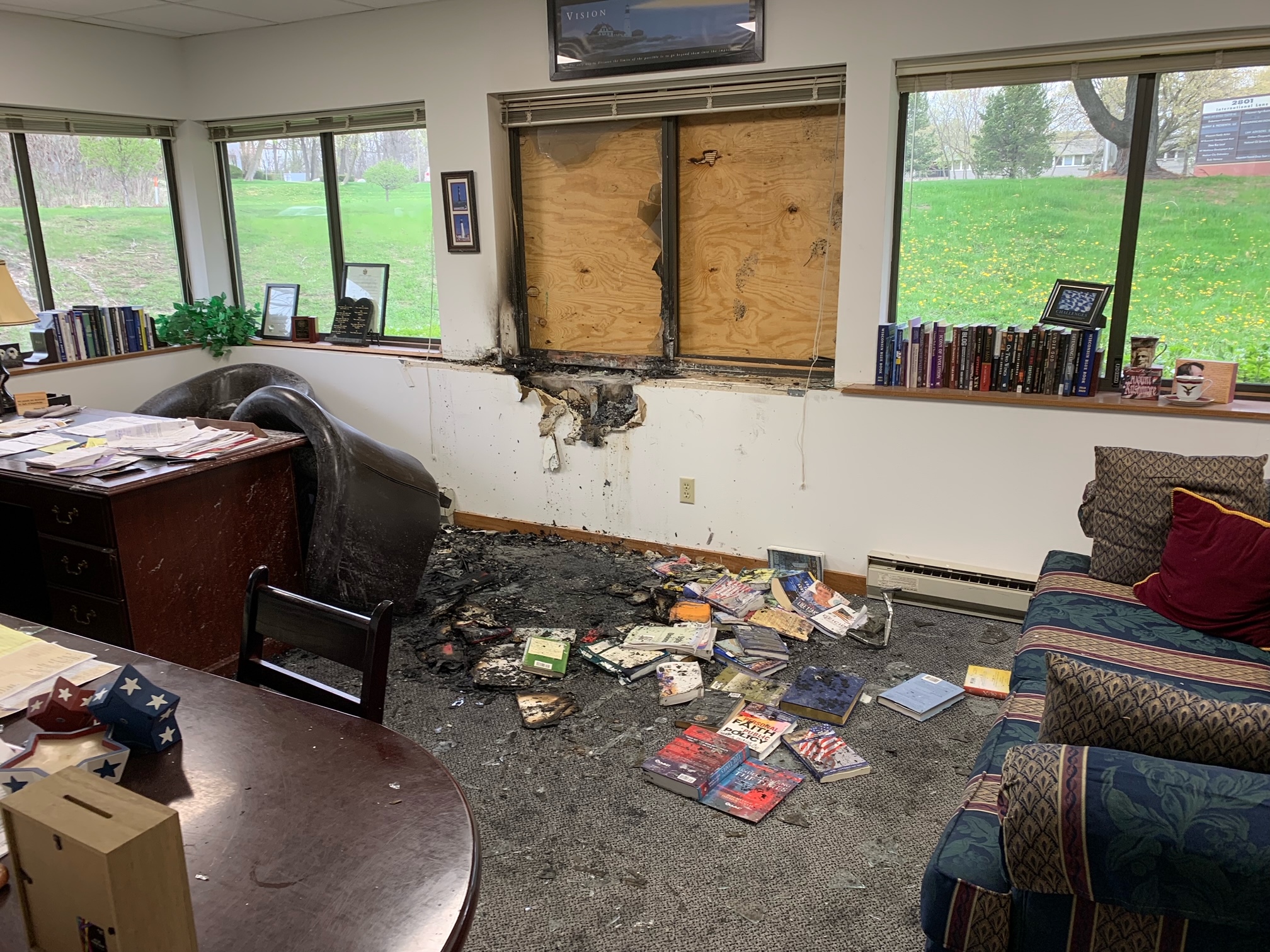 Just days after the Supreme Court draft decision in Dobbs v. Jackson Women’s Health Organization was leaked in May 2022, indicating the overturning of Roe v. Wade, Wisconsin Family Action’s office in Madison was attacked on Mother’s Day. And now, after eight long months, the FBI is offering a $25,000 reward for any information that leads to an arrest and conviction in the case. Wisconsin Family Action has also increased its own reward to $5,000.

As previously reported by Live Action News, a Facebook post by Wisconsin Family Action shared, “Early Sunday morning, a leftist anarchist group attacked Wisconsin Family Action’s office in Madison, throwing two Molotov cocktails into the office, after breaking windows, and then proceeded to light a fire. The arsonists posted graffiti on the outside of the building near the group’s offices. The message read, ‘If abortions aren’t safe, then you aren’t either.’” In addition, the organization received messages full of expletives and one that said, “I hope you all burn with it… that’s what you deserve.”

Crews were called to the 2800 block of International Lane around 6:00 am that Sunday morning as flames were seen coming from the facility. Madison police and fire departments investigated the attack at the Madison office building and determined it was an act of arson. There was significant damage to the property, but no one was injured.

Days after the incident, pro-abortion domestic terrorist group “Jane’s Revenge” claimed responsibility for the arson and graffiti. The news was first tweeted by writer Robert Evans. Shortly after the nationwide group took credit for the attacks, officials said they were working to verify the involvement of Jane’s Revenge.

“It’s perplexing that Jane’s Revenge has not only taken credit for the firebombing of our headquarters, but they have also threatened our personal safety and promised to continue this extreme violence to other pro-life organizations across the nation, and three weeks later not even a single person of interest has been named,” she said.

Thursday’s announcement said the FBI will offer rewards up to $25,000 in a number of investigations. It is currently looking into attacks that include a firebombing of Gresham Pregnancy Resource Center in Portland, Oregon, a firebombing at Oregon Right to Life, an act of arson at the Two Hearts Pregnancy Aid in Seattle, Washington, and many other incidents in New York, Tennessee, and Colorado. Jane’s Revenge has claimed responsibility for many of these attacks.

FBI Director Christopher Wray said he hopes the statement reveals the “FBI’s commitment to vigorously pursue investigations into crimes against pregnancy resource centers, faith-based organizations, and reproductive health clinics across the country.” The statement continued, “We will continue to work closely with our national, state, and local law enforcement partners to hold responsible anyone who uses extremist view to justify their criminal actions.”

In response, Wisconsin Family Action’s president Appling said, “Here we are 8 months and at least 78 attacks later and we still have heard of no solid leads on suspect(s). We are grateful that lawmakers continue to push Homeland Security and the FBI to resolve this matter. We hope that the private investigation coupled with the FBI reward will lead to the arrest and conviction of the arsonists before any more pro-life organizations are attacked.”