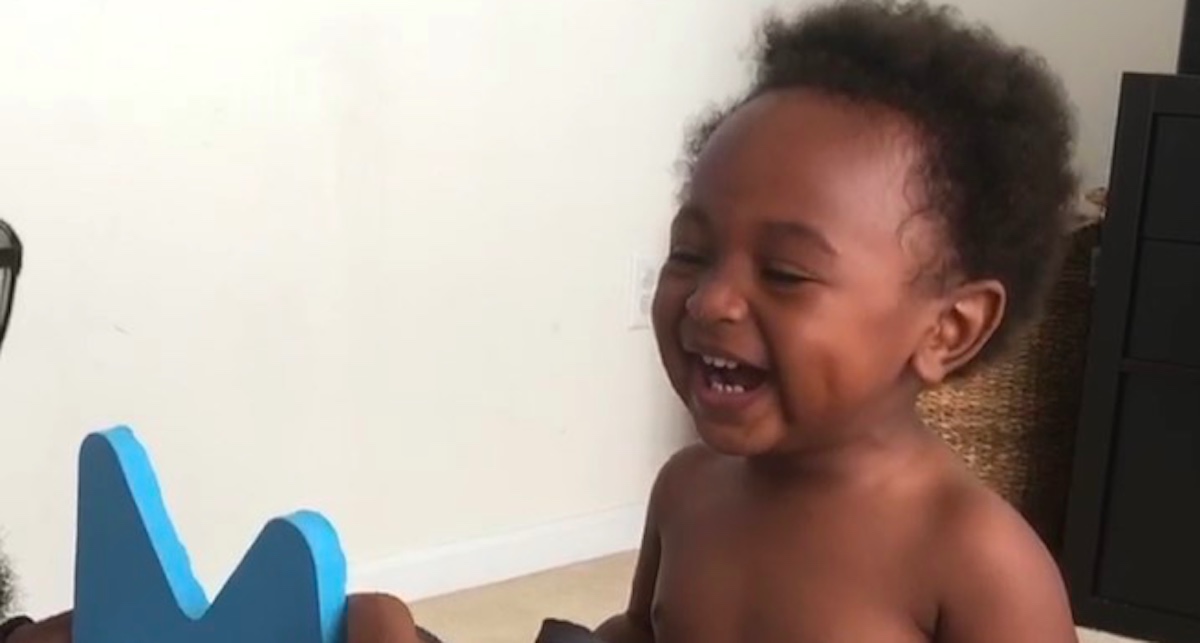 Fathers are an often overlooked necessity in children’s lives, but their presence is vital to the development and well-being of their children. According to Psychology Today, research shows that being raised without a father can have lasting negative impacts on children. Father’s Day is a great opportunity to thank the man you call “Dad” and celebrate the other fathers or father figures and mentors in your life as well.

Here are some viral videos of fathers who light up their children’s lives, and who have given us joy as well.

A video of Sando Reapa Louis of Florida and his six-month-old daughter Jamila went viral in January when viewers couldn’t get enough of the baby girl’s laugh. As her father practiced his boxing moves, Jamila could not control her laughter.

“She think my hands a joke,” he wrote on Facebook. As Jamila celebrated her first birthday this week, he shared the video a second time because it obviously brings great joy to his life, as does his daughter.

Shared by The Dad Gang, the video has been viewed over 3.6 million times and shares something the media doesn’t always show. As @_SJPeace_ tweeted, “I love this. Normal Black father things. An image the media doesn’t paint.”

This viral video is too sweet for words as a father holding his baby girl radiates love for her—and vice versa.

The baby girl can be heard “talking” in response to her father, making cooing sounds as she smiles at him. At the end of the video, the father sheds tears of joy.

Cory Willig’s reaction to his four-year-old son’s first home run was both encouraging and sweet as he jumped up and down and cheered, fist pumping in the air.

May 1st, 2020 will forever be remembered in our memory banks! For those who have been following Ash and his baseball journey thus far you know what has gone into this moment! HE DID IT!!!! Homerun over the fence! Pretty legit shot too! All those times in front of our house this past month paid off! So proud of you son! Next goal is the ⚾️! Looking forward to that 2021 season! Also had to rock his new Ronald Acuna jersey! It's so good to be back!!!! #thankful #baseballlife #loveofthegame #asherthomas #fatherandson #firsthomerun #sctop10 @littlebigs_ @platecrate thank you for all of the support! @ronaldacunajr13 #ronaldacuñajr @braves #gobraves #northgwinnett #bulldogs #4yearsold #sandlottotheshow @mlbnetwork @mlbcut4 #mlb @mlb @sportscenter @maruccisports #marucci “To use this video in a commercial player or in broadcasts, please email [email protected]”

Cute baby Winston and his father Pedro Moore are featured in this viral video as Dad teaches him how to say the letter “W.” Every time his father turns the “W” upside down to an “M” and that back to a “W,” Winston can hardly contain himself, and his giggles are contagious. He also copies his father and flips his own “W” back and forth, saying both “M” and “W.”

Not only is this young boy learning the alphabet, but he’s bonding with his father too—an irreplaceable and valuable moment in the lives of both father and son.

In one of the most popular Dad and baby videos on the internet, comedian DJ Pryor and his son Kingston have a “conversation” about the game on TV. The video, shared by Shanieke Pryor, was so adorable that it was viewed over 65 million times and landed the father and son duo a spot on an ad for Denny’s.

Children need their fathers in their lives, even when it’s difficult. Father figures are important, too, if fathers aren’t around, so children can see the importance of fatherhood in everyday life.