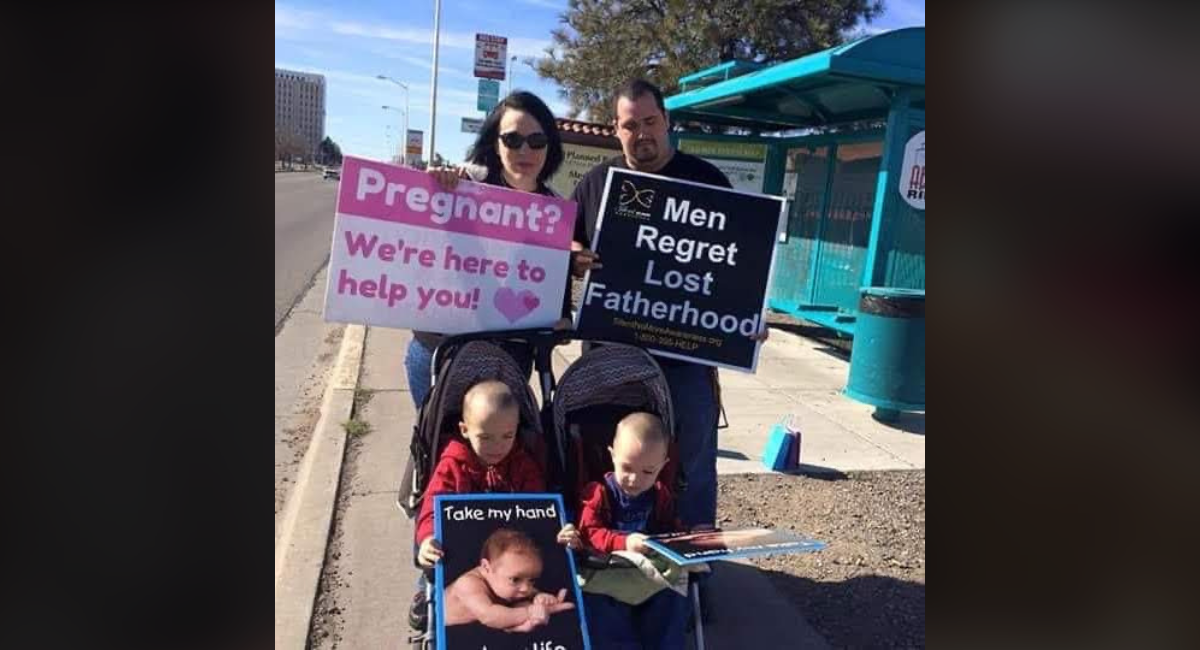 At 23 years old, Ken Garza felt everything in his life was going wonderfully. He was living with his girlfriend and the couple was deeply in love – or so Garza thought. And when he learned his girlfriend was pregnant with their baby, Garza was over the moon, eagerly anticipating an exciting future with his new family. But at 16 weeks gestation, Garza’s girlfriend announced that she wanted to abort their child — and his world was thrown into a tailspin.

Garza told Live Action News, “I was stunned and devastated. We had already named the baby ‘Jacob,’ and she seemed as thrilled as I was. She had been telling me she wanted to marry and have my children. I knew she was experiencing quite a bit of morning sickness and seemed depressed, but I never thought she would make such a rash decision without discussing it with me.”

Garza was horrified at thought of aborting their baby and pleaded with his girlfriend to reconsider. He offered to raise their child as a single father, but she resisted, telling him she could not bring a pregnancy to term and never be a part of the child’s life. A heated argument ensued when she accused Garza of not supporting her decision and he asked why she wanted to kill their baby.

“I felt powerless to stop the abortion and I could not be a part of taking my child’s life, so essentially, I ran out on her,” Garza said. “While I was heartbroken over ending our relationship, I was more concerned about losing my baby. So, I kept calling her, begging her to reconsider, to no avail.”

Garza later learned she didn’t want the baby and had been secretly yearning for an ex-boyfriend. For Garza, it was painful to discover he had unknowingly been in a rebound relationship, built on dishonesty with a woman who had kept so much hidden.

When Garza had a chance encounter with his (now ex-)girlfriend’s former flame, who told him he had driven her to the Albuquerque Surgi-Center Planned Parenthood for the abortion, Garza tried to reconcile the loss of his child and move beyond the heartbreak. But grief gnawed at his heart.

Struggling to cope with the loss

“I fell into a deep depression and started drinking heavily, even dappling in drugs,” Garza said. “My faith, which was once a big part of my life, dissolved. I just wanted to be with Jacob. I felt totally lost for about two years.”

It didn’t help when his ex-girlfriend tracked him down years later to explain her decision, telling him she had been mentally “messed up” and hadn’t intended to hurt him. But to a bitter Garza, the words were hollow and meaningless.

“She showed no remorse whatsoever for the abortion,” Garza said. “She was more regretful over our broken relationship than she was about having the abortion. To her, it was a ‘mercy killing.’ She thought we were too young to be parents at the time. I had no idea she was that troubled. I would have done anything to help her had I known.”

READ: Women recall the physical pain of abortion: ‘In any other situation it would be considered torture’

Fortunately, Garza had friends who cared about him and guided him back to his faith, which had been a solid foundation on which he built his life since childhood.

Garza said, “I started to slowly re-connect to God by attending church with my friends and I started to feel a glimmer of hope.”

A loving spouse aids in healing

While he hadn’t wanted to date for a long time, he eventually felt ready to test the waters and connected with a spirited young woman named Tina (Christina) on the social media site MySpace. They talked for hours on the phone, eventually dating, and later marrying.

Today, Garza and his wife have two young sons and are active in the pro-life movement. They established the Cherub Initiative, a non-profit organization founded for the purpose of assisting pregnant women in need, and are involved with the March for Life and the 40 Days for Life campaign. Whenever possible, Garza stands alongside his wife on the sidewalk outside the Albuquerque Surgi-Center Planned Parenthood, the same facility where Jacob lost his life years earlier.

“I know I’m not alone in my experience,” Garza said. “Children are lost every day because of parental apathy and the unwillingness to take responsibility for bearing life. There are men who like me, are fighting every day to have a voice in the abortion debate. It takes a man to create a child, yet abortion is viewed as solely a woman’s fundamental medical right because it’s her body. That needs to change.”

Garza gave a heartfelt speech on the steps of the Supreme Court during the March for Life, advocating for paternal consent, a memory he cherishes. He’s aware that many men have been instrumental in pressuring their partners to abort and that he faces an uphill battle in his struggle, but feels it’s a battle worth fighting.

Garza told Live Action News, “There are loving men who want to parent their children. They should not be deprived of the right to raise their child like I was.”

Recognizing he needed a deeper level of healing, his wife encouraged him to attend a retreat at Rachael’s Vineyard and later, with Silent No More.

“I watched Ken suffer greatly and he had a hard time initially connecting with our children,” his wife said. “I knew he needed to go further in the healing process to find the renewal and forgiveness necessary to come to terms with such a profound loss.”

At Christmas in 2017, Garza’s wife surprised him with a Certificate of Life for Jacob from the National Memorial of the Unborn. There is now a plaque on the wall in memoriam of Jacob.

Garza said, “It was such a sweet thing for Tina to do. She also spiritually adopted Jacob which meant a lot. I often wonder why I didn’t meet Tina first, but I must believe that things happen for a reason, even when I can’t understand the why. I do know I’ve gained much wisdom from my experience. You could say I’m now a man on a mission.”