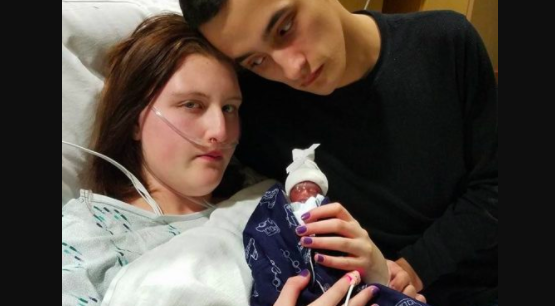 Baby Zane James McFarlane was born on January 8, 2017, at just 19 weeks gestation to his parents Shelby Wixo and Kaden McFarlane. Baby Zane weighed 8.5 ounces and lived for just one minute outside the womb. A family member shared his pictures on Facebook and with Life Defenders. 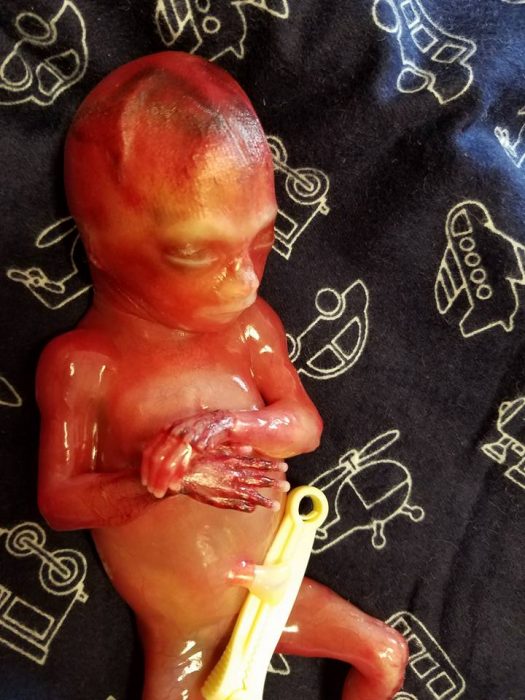 Baby Zane was born early at 19 weeks gestation. via Facebook 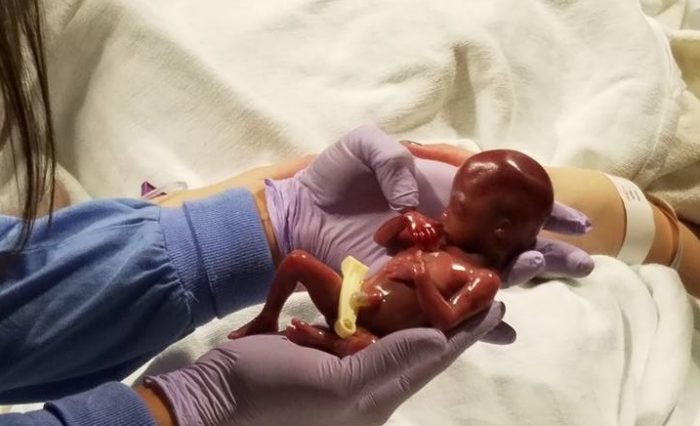 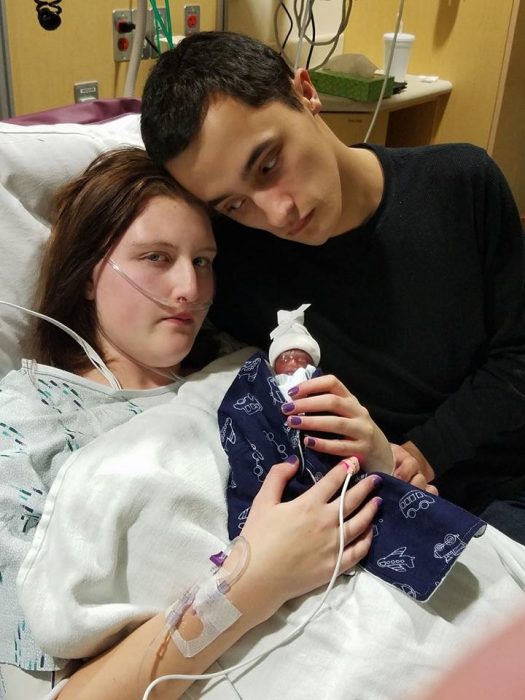 Zane is pictured with his parents Kaden and Shelby after being born at just 19 weeks gestation. via Facebook 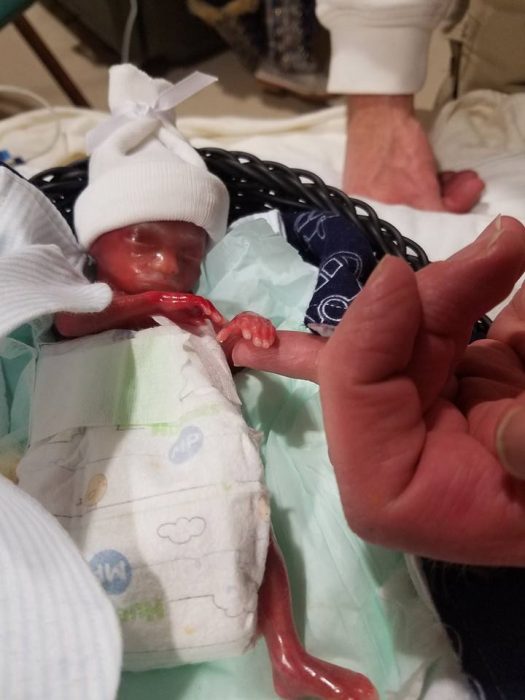 Zane was born at just 19 weeks gestation, too young to survive outside the womb. via Facebook 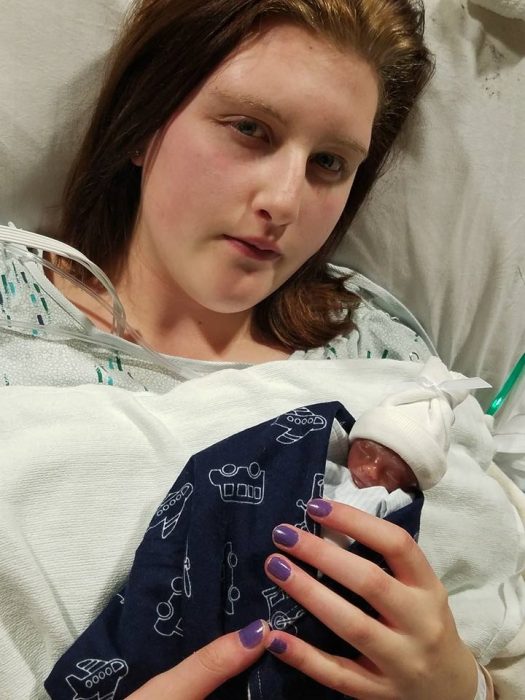 Zane is held by his mother Shelby after being born at just 19 weeks gestation. via Facebook

These pictures of Zane show beyond a doubt that he was a person – not the “clump of cells” or simple ” tissue” that the abortion industry would have us believe. Zane’s life, though short, is a testament to the humanity of preborn children. His tiny body shows how human he and other preborn children are, though they are often the targets of abortionists. At 19 weeks gestation, Zane was able to hear his mother talk and sing to him. He was learning to recognize the voices of those closest to him. Preborn babies at that age are also able to feel pain and respond to stimuli, such as needles, with elevated stress levels. Zane’s mother had likely begun to feel his little kicks and punches.

Preborn children are aborted at 19 weeks gestation through a procedure known as dilation and evacuation, during which they are dismembered limb from torso by the abortionist, who completes the gruesome procedure by crushing the skull. Former abortionist Dr. Anthony Levatino explains the abortion procedure in this video:

Children like Zane are beautiful human beings who are deserving of life. All they need is time to grow in the safety of their mother’s womb.