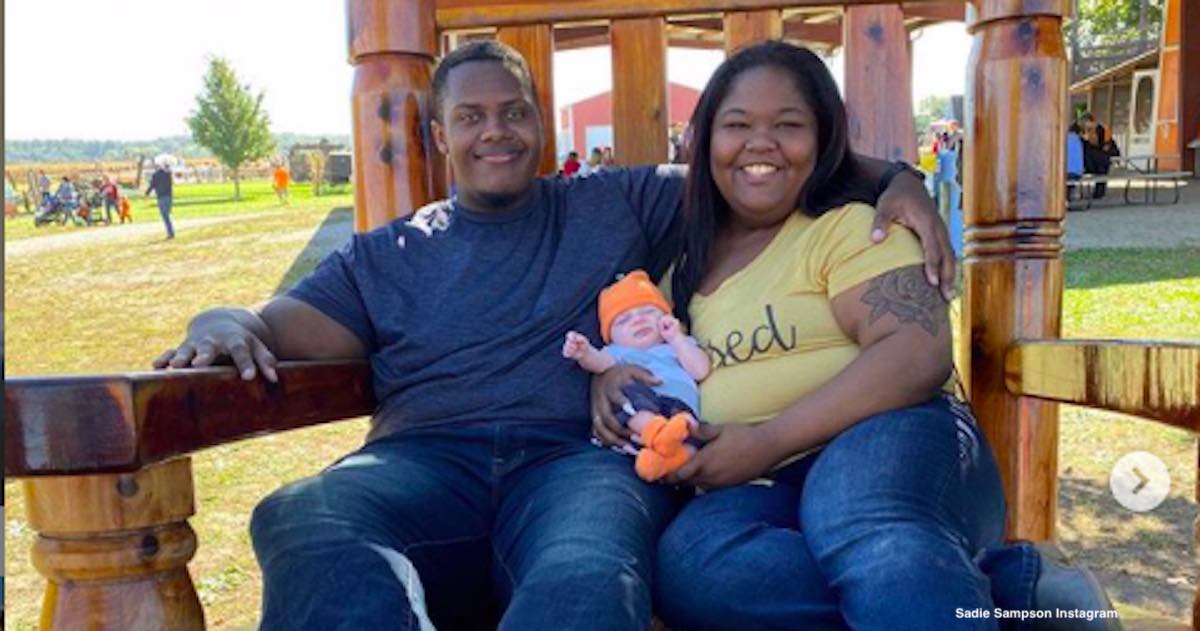 Sadie Sampson is sharing her family’s adoption story to spread the message that “families don’t have to match. They’re built on love.” She wrote about the family’s journey for Love What Matters and regularly shares updates on her Instagram.

Sampson and her husband Jarvis struggled with infertility for years and had all but given up hope of becoming parents. They were open to adopting but with the significant costs associated with adoption, the Sampsons were not sure they would be able to. Yet, Sampson still knew she wanted children. She wrote, “The only thing I had ever wanted was to be a mom. I had always felt like I was born to be a mother.”

The Sampsons were busy starting new jobs over the summer and were not thinking about becoming parents. Then, out of the blue, Sampson received a call from a friend who knew about their struggle with infertility and asked, “If it ever came down to it, would you guys foster/adopt a child?” A friend of a friend had given birth and was not able to care for the baby right away, and the Sampsons’ friend knew they would be a great fit for the newborn boy.

At first, the birth mother asked if Sadie and Jarvis could foster the baby boy for 6 months to a year while she sought treatment. The Sampsons were not sure how they would be able to care for a child for such an extended time without becoming attached, but, Sampson shared, “we prayed and decided that if there was a child in need, we wanted to help.”

Shortly after, they learned that the birth parents had changed their minds and asked the Sampsons to adopt their son. At this point, they rushed to the NICU to meet the child they had waited so long to hold. Sampson wrote, “Our little guy was born at 33 weeks. 7 weeks early. He was a tiny 4 pounds 5 oz. He literally fit in one of my husband’s hands. We walked in the NICU and were stopped in our tracks.” Their son, whom they named Ezra, continued to improve and soon was able to come home with them.

From years of struggling with infertility to suddenly becoming parents overnight, Sampson sees the adoption journey as part of God’s plan. She told her husband as they drove home with their son, “I was just thinking about all the stuff we’ve gone through. The infertility struggles. This is the reason nothing was working out for us. God had this as part of his plan from the very beginning and we just didn’t know it yet. Man, I’m glad he knows what we need better than we do.”

Despite their different backgrounds, there is no doubt that love has brought the Sampson family together. Parents who have placed a child for adoption have written movingly about how that lifegiving decision continues to shape them for the better years after.