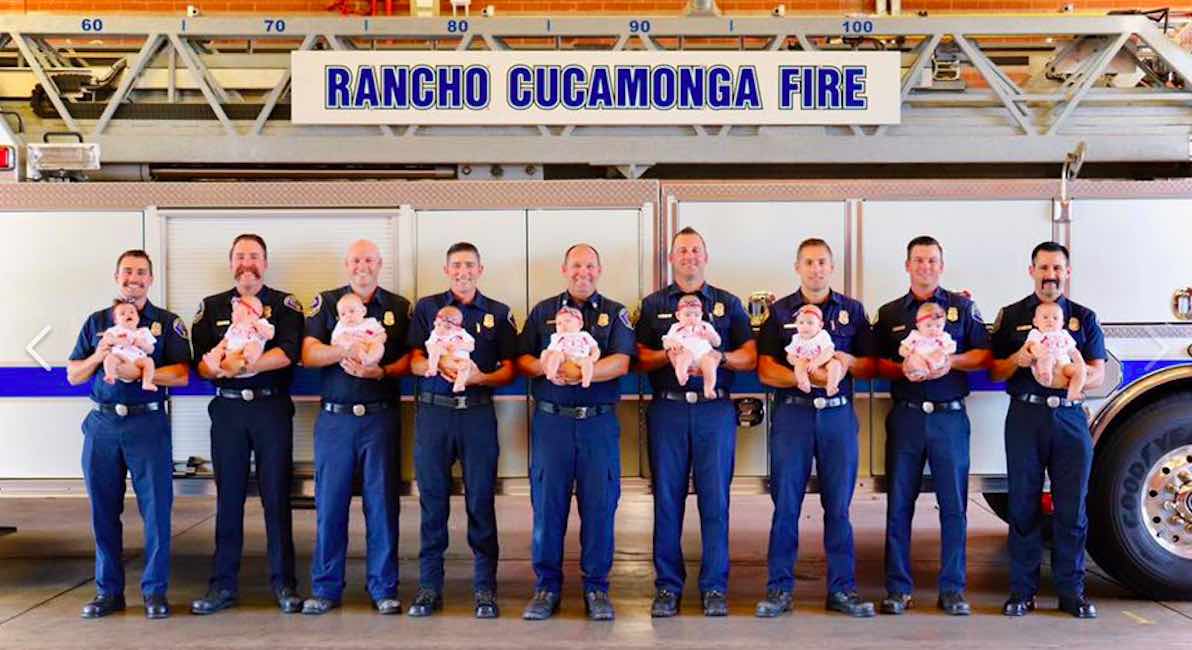 The families of firefighters in Rancho Cucamonga, California, have grown significantly this past year, with nine babies being born between March and July. The fire department posted about it on Facebook recently, and the photos are adorable. Based on the headbands in the photos below, it appears the firefighters’ families were blessed with seven girls and two boys.

The post reads, “Say hello to Rancho Cucamonga Fire’s newest little family members! Between March and July of this year, nine babies were born in the department and we couldn’t pass up the opportunity to capture this special moment. We are thrilled to see our RCFD fire family keep growing!”

CNN noted that this influx of babies wasn’t planned, but it is certainly amazing:

Crazy as it may seem, this was actually a coincidence. The fathers began talking to one another in the department and the word about the mass pregnancies spread “like wildfire,” Gabrielle Costello, a spokesperson for the department and also one of the new moms, told CNN.

Some of the fighters are first-time dads, while it’s the fourth go-round for others.

Here are the proud daddies: 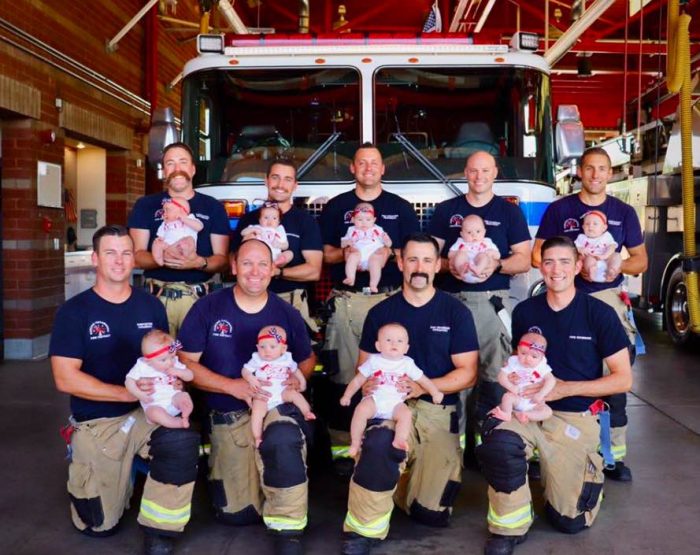 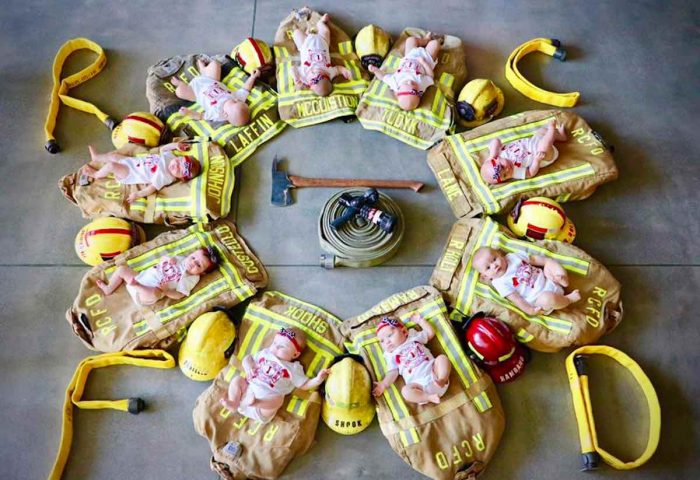 Congratulations to the families of this firefighting team!