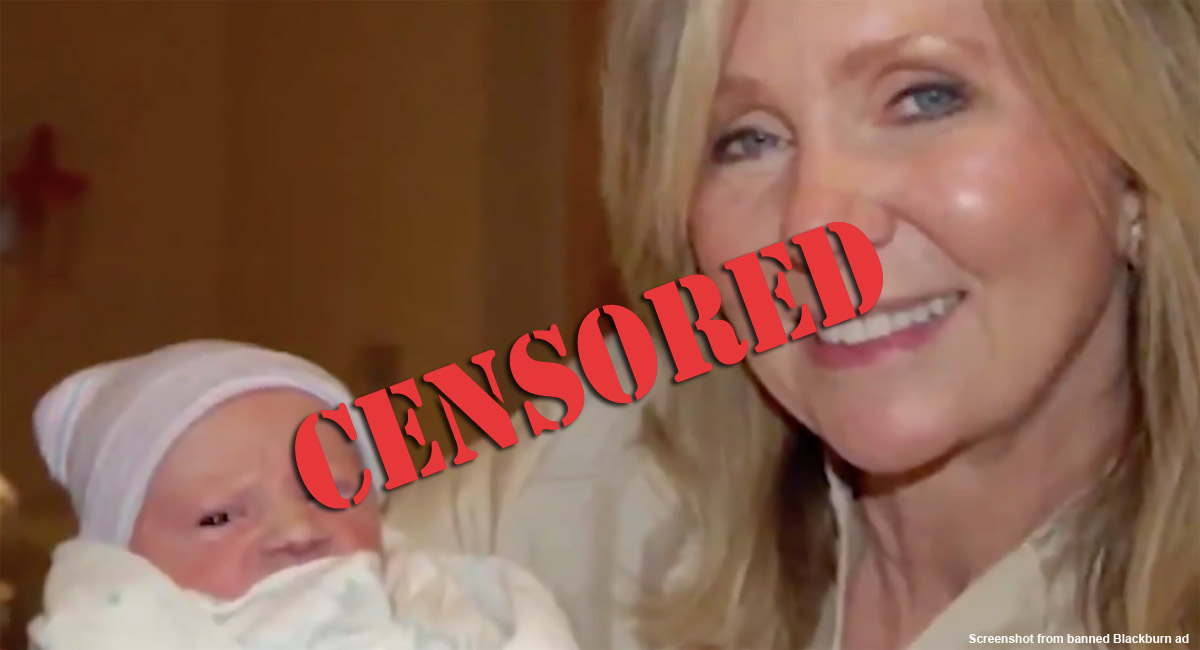 UPDATE, 7:45 pm: The Susan B. Anthony List has posted a tweet stating that Facebook has restored their Blackburn ad, adding later in the Twitter thread, “This is a great development. However, this is the FIFTH time Facebook has censored our ads in the last month. Facebook has created a hostile environment for #ProLife speech as we never know when they’re going to shut down our ads.”

[THREAD] UPDATE: Facebook has restored our #ProLife ad they banned this morning, saying:

“This ad does not violate Facebook’s policies and should never have been disapproved. We’re sorry for this mistake – the ad has been restored and is now running on Facebook.”

2:51 pm: Today the Susan B. Anthony List announced that Facebook censored an ad in support of pro-life Rep. Marsha Blackburn (R- Tenn.). Blackburn is currently leading in the polls in a tight race with Phil Bredesen for a U.S. Senate seat.

The ad, which can be viewed in full on Twitter, contrasts Bredesen’s pro-abortion views with Blackburn’s proven pro-life record. Facebook flagged the ad early Thursday, despite the fact that the ad has been running on various digital platforms, including Facebook, since October 23 without issue.

Blackburn said in a statement about the censorship, “Facebook’s decision to take down this ad is just another example of the liberal elites of Silicon Valley censoring conservative ideas online. We have repeatedly seen a demonstrated bias against conservatives and it needs to stop.” She added, “The SBA List has a record of principled leadership on pro-life issues, and it is an honor to have their support in my race for the United States Senate.”

Several prominent pro-life groups have had their ads censored by social media platforms, and Live Action has been instrumental in calling attention to this issue. This is also not the first time Blackburn has experienced censorship for pro-life speech on social media.

Last year, when Blackburn announced her campaign for Senate, Twitter removed an ad in which Blackburn stated, “I am 100% pro-life. I fought Planned Parenthood, and we stopped the sale of baby body parts, thank God.” After public backlash from pro-life and some pro-abortion pundits alike, Twitter reversed the decision and allowed the ads to run.

In the current controversy with Facebook, SBA List is calling attention to Facebook’s Sheryl Sandberg’s claim that Facebook, unlike Twitter, would not censor pro-life speech. At the time, Sandberg said, “When you cut off speech for one person, you cut off speech for all people,” which is precisely why Live Action and other groups are urging Facebook to reverse the ban. Voters deserve to know the candidates’ views on abortion.

SBA list and pro-lifers on Twitter are urging people to share the ad to combat Facebook’s censorship. Earlier this week, Google also banned an ad in support of Blackburn paid for by the Tennessee Republican Party.