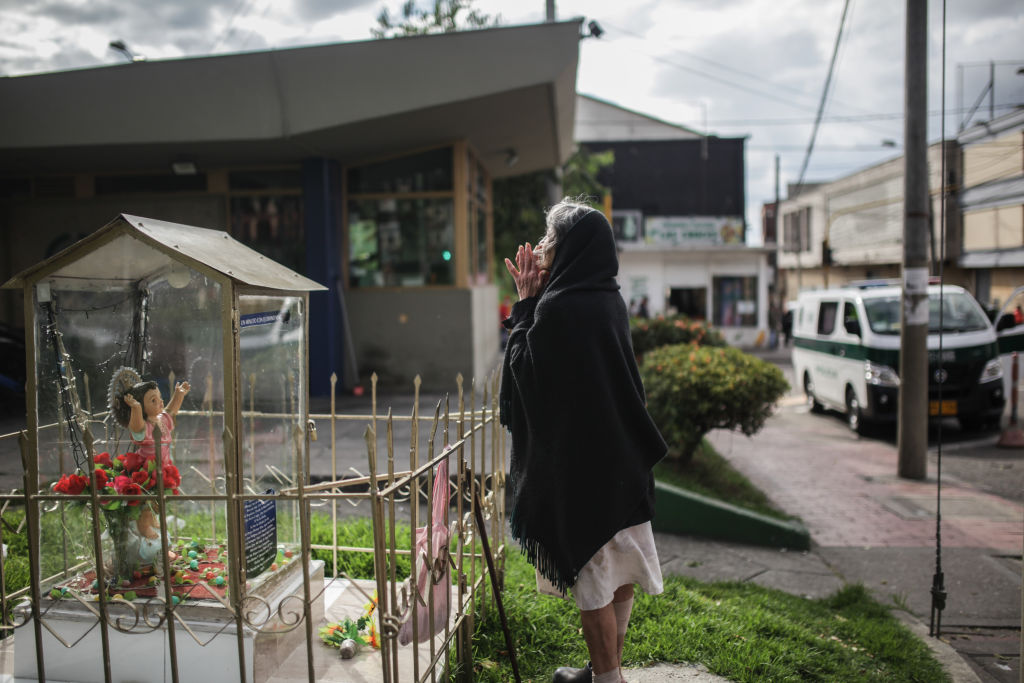 Virtually every single country in the world has confirmed cases of the coronavirus during this global pandemic, with just a few exceptions. But in developing countries, the crisis is hitting especially hard, as people who are already struggling to survive face even worse food shortages, economic shortfalls, and health care rationing than normal. In Venezuela, it’s the elderly who have been especially hit hard — and they’re saying they feel like they’ve been abandoned for death.

A Reuters report examined how Venezuelan elderly are faring during the pandemic. One couple, Carlos Blanco, 81, and Olga Rodriguez, 78, are both confined to their home, can barely afford food, and have been struggling to pay for their diabetes medication for over a year. With their Type 2 diabetes now unmanaged, forced into quarantine, and forced to live solely off the food they have in storage, Blanco did not mince his words. “Senior citizens have been sentenced to euthanasia,” he told Reuters.

Reuters also pointed out a study published last November found that 77 percent of elderly Venezuelans said they don’t have enough access to food, with 1 in 10 going to bed hungry each night. Luis Cabezas, director of human rights non-profit Convite, which co-funded the study, said the elderly “have faced a progressive decline in their living conditions: malnutrition, inability to pay for their medicine, lack of access to health, migration of their children and relatives.”

Another woman, 80-year-old Andrea Guerrero, survived by washing dishes in nearby restaurants — but with the restaurants all closed, she’s reliant upon neighbors and the local government for food to survive. But that doesn’t leave her optimistic. “So, are we all going to die?” she asked Reuters.

Health care and food have long been a problem in Venezuela. Rolling blackouts have meant that many hospitals are forced to go without running water, medicine, and electricity. They’re unable to sterilize their instruments, and approximately half of all hospitals don’t have generators able to power their equipment during the blackouts. Treatment for the most vulnerable, like pregnant women and premature babies, is often unavailable, leaving doctors with no choice but to improvise medical care the best they can. And this was all before the coronavirus pandemic.

Even countries like the United States, and numerous countries in Europe, are faced with potentially rationing care, due to a shortage of hospital beds and personal protective equipment (PPE). The situation in Venezuela was already horrific. The terrifying reality may be that people there won’t die from the virus itself, but from starvation and an inability to access even the most basic medical care. Dr. Oscar Noguera, an internist and director of Ancora Humanistas, a nongovernmental organisation in Venezuela, told Al Jazeera that doctors have no idea how this will affect their already-burdened health care system, but that it doesn’t look good.

“Health personnel are already complaining about the lack of adequate clothing for their protection, while the increased emigration of doctors and nurses has left our hospitals in a vulnerable condition,” he said.. “The number of intensive care beds available in the country is barely close to 80.”