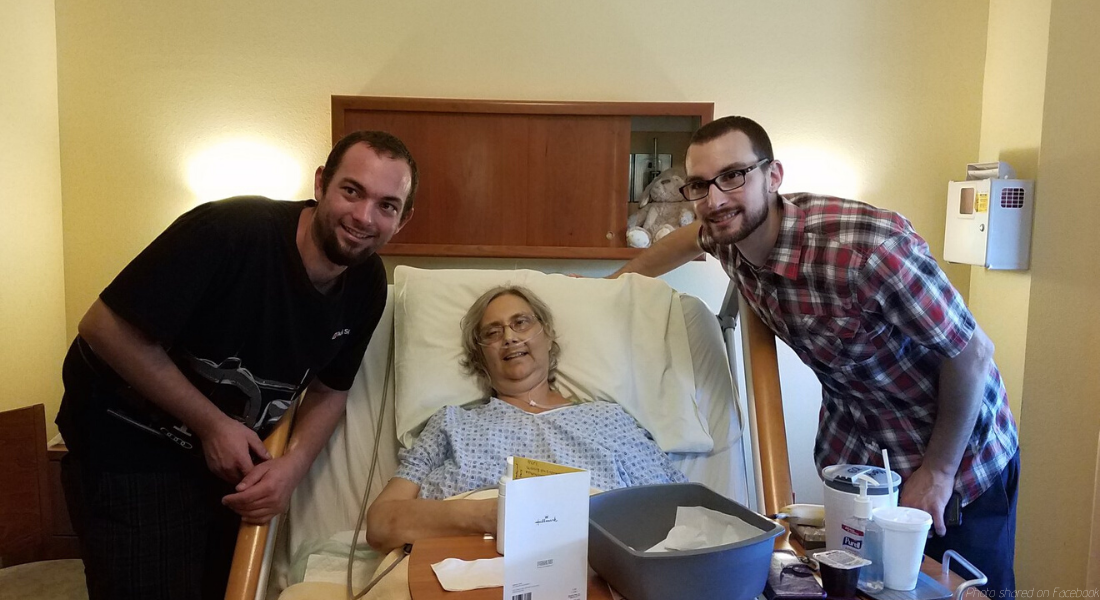 A recent Humans of New York story about a dying birth mother’s reunion with her twin sons has been touching hearts. A post on the group’s Facebook page explained how the woman’s daughter learned of her brothers’ existence, and how she helped reunite them with their birth mother.

According to the post, the unnamed dying woman’s daughter noticed that her mother had a special ring with birthstones in it for each of her children. “I remember noticing at a young age that my mom had two extra stones in her mother’s ring. They were two rubies,” the daughter (who was also not named) said. “And she explained to me that they signified my twin brothers. She told me that she’d given birth to them when she was 22 but was unable to care for them. So she gave them up to another family.”

While the adoption was a closed adoption, the family who adopted the twins kept their birth mother involved in a small, but meaningful, way. The adoption was organized with the help of a family friend, which allowed the birth mother to be kept up-to-date about the twins’ life. “We’d receive photos every few years, and I could see the resemblance, which piqued my curiosity even more,” the daughter said. “But we had no other information. We didn’t even know their last name.”

But her mother was determined to honor the adoptive family’s boundaries, and though she wanted to meet her sons, she insisted that it needed to be the boys’ decision. But then their birth mother was diagnosed with cancer.

“[D]uring this time a letter arrived from my brothers’ mom,” she said. “She told us about their lives. Nothing too deep: what schools they went to, vacations they’d been on, stuff like that. And at the end of her letter, she wrote: ‘I wanted to thank you for the blessing you’ve given me. I couldn’t have kids. And you gave me two.’ My mom was very moved, but she still discouraged me from reaching out. ‘It’s not our place,’ she said.”

But then, her mother’s cancer got worse, and she was admitted to hospice—so her daughter decided to ignore what her mother said, and reached out to her brothers.

“I remember noticing at a young age that my mom had two extra stones in her mother’s ring. They were two rubies. And she…

“I explained the situation, and told them that if they wanted to meet their biological mother, they had to do it now,” she said, adding, “A few days later they were on a plane. We met in the hospice parking lot, and it was super awkward for two minutes. But then it wasn’t.” She said her brothers and their adoptive mother were all sweet. They went together to meet their dying mother in hospice.

Fortunately, their mother was lucid and awake that day. “She noticed them immediately,” her daughter recalled. “She said: ‘Oh my God, my boys.’ Each of them took one of her hands. She told them: ‘I always thought about you. And I always loved you. I just wanted the best for you.’ And they told her: ‘We know that. And we’ve always known that.’”

After that meeting, which the woman said was a “beautiful moment,” her mother got tired and went to sleep. “Then later that night, she passed away peacefully,” she said.

Birth mothers are often under-recognized, though holidays like Birth Mothers Day are slowly changing that. Comments left on the Humans of New York Facebook post were filled with stories and condolences from readers touched by the family’s experience, including stories from other women who had placed their children for adoption.

Editor’s Note, 5/26/20: This article incorrectly described the circumstances of the twins’ adoption. This has been corrected.