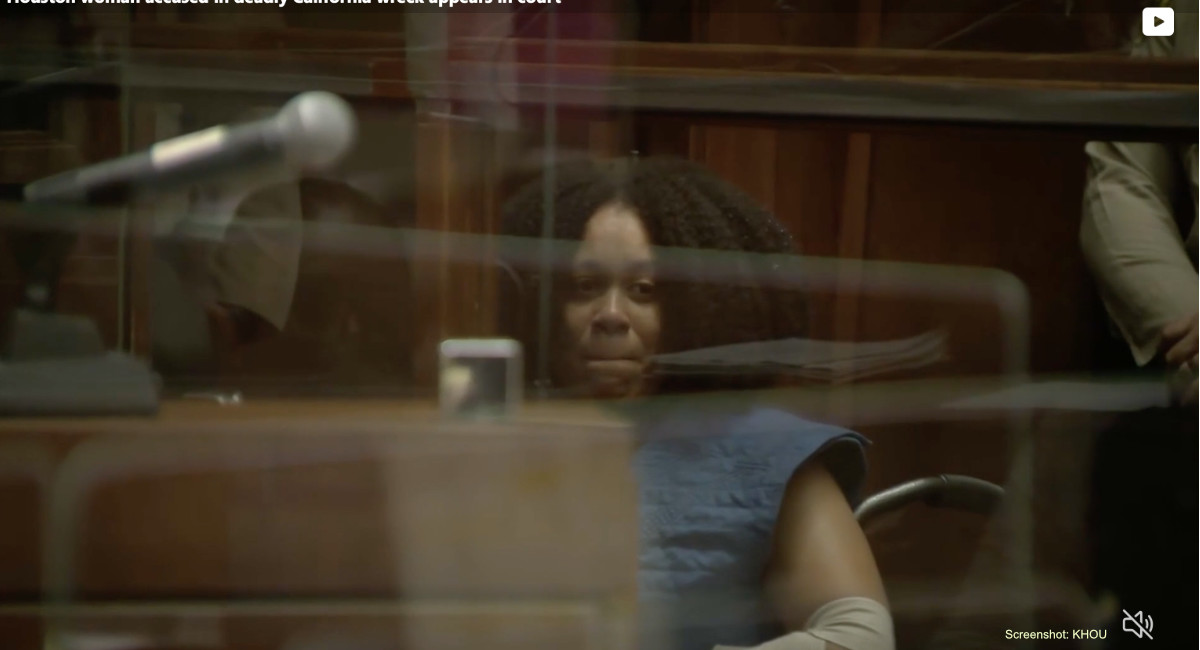 A nurse whose reckless driving caused a horrific accident has been charged with six murders, as she killed four adults, one toddler, and one preborn child.

Nicole Linton was allegedly driving 130 mph before intentionally driving into La Brea and Slauson avenues, striking multiple vehicles and starting a massive fire. The crash, which was caught on video, happened when Linton drove her Mercedes-Benz through an intersection, ignoring a red light. After she struck other vehicles, a fireball erupted, horrifying onlookers.

“It looked like the whole intersection from corner to corner was on fire,” witness Harper Washington told KOMO.

Linton previously tried to claim she lost consciousness, but court filings obtained by the New York Post cast doubt onto that argument. “Further analysis reveals that her speed at impact was in fact 130 mph and that she floored the gas pedal for at least the 5 seconds leading into the crash, going from 122 mph to 130 mph,” the filing read, adding that she had “complete control over steering, maintaining the tilt of the steering wheel to keep her car traveling directly toward the crowded intersection.”

At least eight people were taken to Ronald Reagan UCLA Medical Center for treatment, six of whom were teenagers. But tragically, multiple people were killed. Included among the dead were Asherey Ryan, her preborn child, her 11-month-old son Alonzo, and her boyfriend, Reynold Lester. The family was headed to a prenatal checkup when Linton caused the crash. Two other women were also killed.

Now, Linton has been charged with six murders, including that of Ryan’s preborn child. She faces 90 years to life in prison if convicted of all charges. A judge has denied her request to be released on bond.

“A young family was destroyed in the blink of an eye,” District Attorney George Gascón said at a press conference. “While the wreckage of this fiery crash at this intersection was removed and traffic eventually resumed, there is catastrophic damage to the families and friends of those killed and injured. It is not only a tremendous loss to the families but our entire community who learned of this incredible tragedy or have watched the now viral video of the collision.”

Prosecutors have pointed out that Linton had a history of dangerous driving, comprising 13 prior crashes. One of them, in 2020, caused injuries as well, and totaled two vehicles. Despite this, Ryan’s family has said they forgive her, despite their heartache.

“She was my first best friend. The first person I knew. The first person I probably had a conversation with,” Sha’seana Kerr, Ryan’s younger sister, told KTLA. “She’s my only big sister. Every day we take our sons outside and walk them around the block. Every day. The neighbors know us. Today, I had to walk alone with my son.”

Still, Kerr had a touching message for Linton.

“I just want to tell her that we forgive her,” she said. “She will have to live with this for the rest of her life. That’s why she was spared. We understand it already.”

Despite the charge of murder for the death of Ryan’s preborn baby, abortion is legal in California, and in November, voters will decide whether to enshrine abortion into the state Constitution. Yet, the California Criminal Jury Instructions define a fetus as “an unborn human being that has progressed beyond the embryonic stage after major structures have been outlined, which occurs at seven to eight weeks of development.”

Under California Penal Code Section 187(a), murder is defined as the unlawful killing of a human being or fetus by another human being with malice aforethought. Knowledge of the existence of the preborn child is not required to convict a person of murder. Abortions are excluded from the feticide law, which means it is illegal to kill a preborn human in California unless it is carried out by abortion at the request of the mother.