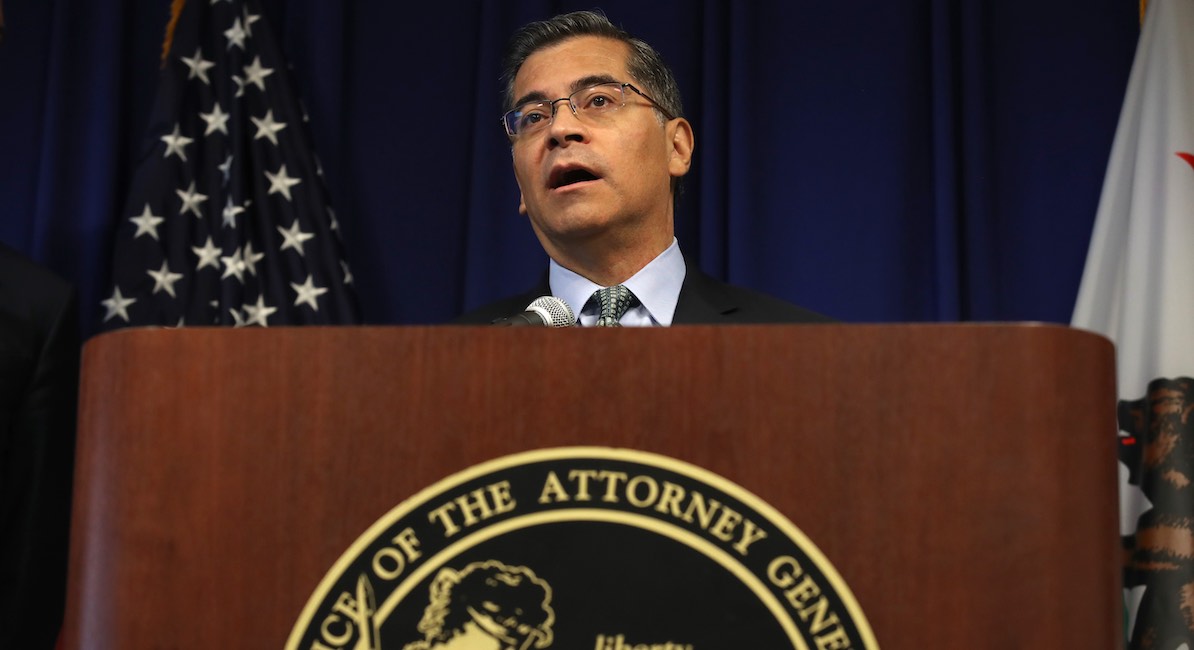 (National Review) “Don’t hate me.” According to a lawsuit filed by the Department of Justice last year, that is what an abortionist at the University of Vermont Medical Center (UVMMC) said to a nurse before she forced her to assist in the termination of a child’s life on pain of losing her job and potentially her license if she refused. The nurse in the case had informed her bosses well beforehand that she could not participate in abortion because of her religious and moral convictions. Her right to such a demurrer is protected by federal law, known as the Church Amendments, which Congress passed unanimously in direct response to Roe v. Wade. The facts were stunning in their clarity, the victim was extremely credible and sympathetic, and the violator remained entirely callous and unrepentant. The UVMMC matter was the most open and shut conscience case in over a decade. I say was, because on Friday, the DOJ quietly, and voluntarily, dismissed the case. No admission of guilt, no injunction, no corrective action, no settlement, no nothing. Worse yet, because the victim has few to no options to sue on her own (due to nuances around private rights of action), the Biden administration is effectively giving UVMMC a full pardon and will continue to give it federal funds, despite it having been found by HHS to have violated the law.

After Roe v. Wade the medical profession split in a way that Harry Blackmun, the author of Roe, did not expect. He imagined that women would obtain abortions “with the guidance of her physician” in respected hospitals and medical practices all over America, excepting those run by religious institutions. Instead, the medical profession, rightly fearing for its reputation, offloaded abortion work to the legions of “abortion clinics” that began to spring up like McDonald’s, but without the smile, all across the country. To the average American today, there are doctors and there are abortionists, and overwhelmingly, medical professionals do not want to be identified with the latter. Every year, thousands of medical professionals quietly decline to train in, assist, perform, or refer for abortions for a simple reason — they entered the practice of medicine to save lives, not end them. The more people recognize that abortion is not health care, the harder it is for abortion conglomerates to recruit and retain abortion workers. After all, who wants to put on their resume that they abort “products of conception” all day long for a living? This explains in part why Big Abortion is desperate to eliminate conscience protections for medical professionals that have been in place for decades because it helps their bottom line to have more people complicit in their sordid business. And now with President Biden and HHS secretary Xavier Becerra in power, the abortion industry is getting its wish.

Although the nurse victim of UVMMC’s malfeasance was deeply traumatized, she mustered the courage to file a complaint with the Office for Civil Rights (OCR) at HHS, which is responsible for enforcing our nation’s many conscience-protection laws. I was director of OCR at the time and ordered an investigation by the office’s Conscience and Religious Freedom Division which was founded precisely to handle cases such as these. The Division’s career professionals, with assistance from career attorneys at the Office of General Counsel, issued findings of violation against the hospital which led directly to a lawsuit by the DOJ to enforce compliance with the law.

For those unaware, Becerra may be the most notorious violator of conscience laws in recent years. He even lost a Supreme Court case with his name on it, NIFLA v. Becerra, after he tried to coerce pro-life pregnancy-resource centers into violating their consciences by forcing them to refer mothers in search of life-affirming alternatives to free abortion services. Becerra was twice found in violation of conscience-protection laws by HHS’s Conscience and Religious Freedom Division, but now he is in charge of the entire agency. The fox is running the hen house.

Seeing this looming conflict of interest, lawmakers have rightly questioned Becerra’s commitment to conscience enforcement across many hearings. Every time, Becerra has promised to continue to enforce the law, and vigorously. Here is a sampling from recent congressional hearings:

It was a lie. All of it. And Congress must hold him accountable for it. I cannot understate how unusual it is for DOJ and HHS to drop a duly authorized lawsuit after it has been investigated and filed, while getting literally nothing in return. The government strenuously avoids doing such a thing because it calls into question the consistent expectations of the law, reeks of politics, and exposes the government to potential liability for attorney’s fees under the Equal Access to Justice Act. Without so much as a slap on the wrist, this was a clear favor to abortion special interests and a spit in the face of not only the victim in the case, but the many medical professionals who have suffered conscience violations through the years and will continue to suffer, but now with little hope of recourse from their government.

HHS issued formal findings of violation against UVMMC after a thorough investigation. It simply cannot continue to fund a violator of the law that refuses to agree to come into compliance. Becerra should know this principle well because he was the California attorney general when HHS disallowed $200 million of Medicaid funds to the state for forcing people to buy abortion insurance contrary to federal conscience-protection laws. Even the Obama administration entered into a corrective action agreement with a hospital that had forced a nurse to assist in an abortion, but not Biden. We now know, if there was ever any doubt, that Biden and Becerra’s first loyalty is not to their proclaimed Catholic faith or to the law, but to abortion, abortion, and more abortion.