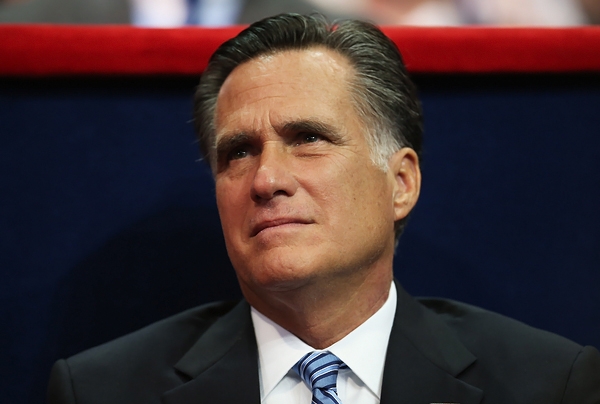 It’s a provocative headline, but it seems like the Romney camp issued a, well, provocative statement today. According to Politico, Romney has refused to sign Susan B. Anthony List’s 2012 Pro-Life Presidential Leadership Pledge. Trying to explain this blunder, Romney spokeswoman Andrea Saul said this:

Governor Romney pledged in the last campaign that he would be a pro-life president and of course he pledges it today […] However, this well-intentioned effort has some potentially unforeseen consequences and he does not feel he could in good conscience sign it. Gov. Romney has been a strong supporter of the SBA List in the past and he looks forward to continue working with them to promote a culture of life.

Most damningly, according to Politico:

Saul said that Romney, who publicly supported abortion rights in his 1994 Senate and 2002 gubernatorial campaigns, was concerned that the pledge would “strip taxpayer funding from thousands of health care facilities” and that it “strictly limits the choices” in appointing federal officials.

Would any of those “thousands of health care facilities,” by any chance, be Planned Parenthood clinics? Because Saul is doing a good job of paraphrasing the Planned Parenthood-supporter argument against defunding the biggest abortion business in America: “But look how many good preventative services they provide!” Look up any pro-PP op-ed. I guarantee you, the main argument will be one of “unintended consequences.”

Romney was the last of several potential presidential candidates to come out in support of Planned Parenthood defunding when the issue was live in Congress. Said one commenter: “about time. […] He would make an awesome economic adviser, but the man isn’t a leader.” As I have said before, we need a president who will lead on abortion.

Even more shocking is the stated “concern” that the pledge “strictly limits choices” in appointing officials to the federal bureaucracy. Here’s the text of the pledge:

FIRST, to nominate to the U.S. federal bench judges who are committed to restraint and applying the original meaning of the Constitution, not legislating from the bench;

THIRD, to advance pro-life legislation to permanently end all taxpayer funding of abortion in all domestic and international spending programs, and defund Planned Parenthood and all other contractors and recipients of federal funds with affiliates that perform or fund abortions;

FOURTH, advance and sign into law a Pain-Capable Unborn Child Protection Act to protect unborn children who are capable of feeling pain from abortion.

If SBA List is asking for pro-life appointees for all relevant federal positions, and Romney insists that would too “strictly limit” his choices, I guess that means that Romney doesn’t intend to appoint pro-life officials to positions that deal with abortion?

NIH has control over stem cell and fetal tissue research, the Department of Justice would be involved in investigating Planned Parenthood, and HHS under PP go-to-gal Kathleen Sebelius is a pie the abortionists are just waiting to slice into more deeply (because they’re very good at slicing things, you know). Not to mention the audacity of refusing to appoint originalist justices. Not to mention the cowardice of shrinking from a Roe-challenging, federal Pain Capable Unborn Child Protection Act.