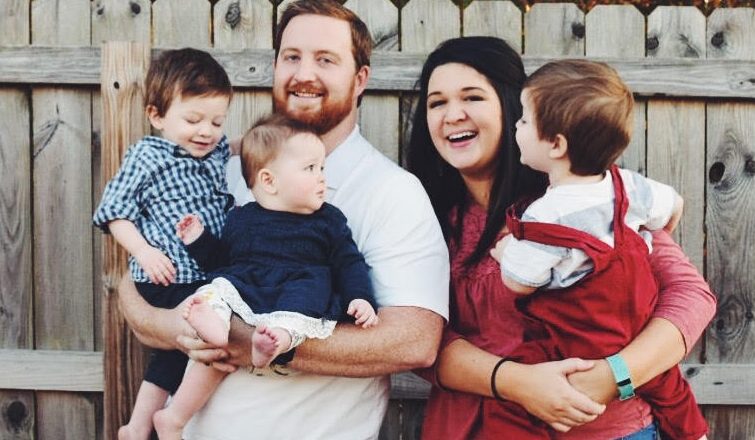 Being pro-life was always something that came easy for me. I was raised by a mother who was part of the generation that began protesting and praying outside of abortion clinics. As a teenager I wrote letters to my senators to end abortion. I volunteered at crisis pregnancy centers.

This is not to give myself a pat on the back by any means; I just did it because it was the right thing to do. These issues were so black and white to me.

The only “gray area” I struggled with were the exception cases: rape, incest, or to save the life of the mother. Politicians and the media told me these were the only situations in which abortion was necessary and needed. It was okay in those instances. Wasn’t it? It seemed heartless to argue otherwise.

So when I found myself in one of those situations, with a swollen belly full of tiny kicks and movement and a doctor telling me I would most likely die if I continued the pregnancy, I had to come to grips with what exactly I believed about those “gray areas.” 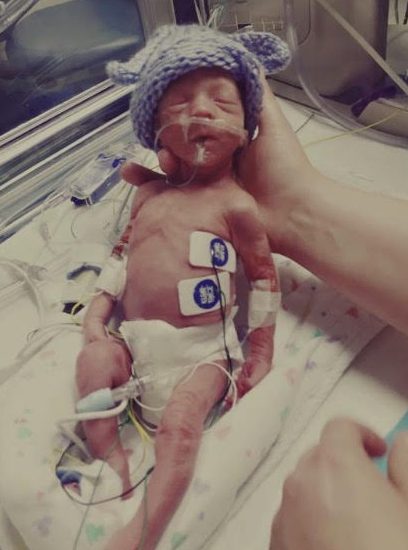 Eli as a newborn (photo provided by Courtney Mitchell)

I was 20 weeks pregnant with my son, Eli, when we got the news. We were there for a routine anatomy scan to find out the gender. One moment we were elated and hugging, rejoicing that we were going to have a second son, and the next our world came to a complete halt.

“Your son isn’t going to make it,” the doctor said.

We were told that Eli had a less than 1 percent chance of survival and they were surprised he was even alive at that point. He would most likely die within the next few days, we were told. Even if he did by some miracle survive, he would have a condition called triploidy. It was incompatible with life and most babies who made it to birth died immediately thereafter. So either way, we would lose our son.

My heart broke into a million pieces. My husband Chris and I just cried and held each other. We wanted this baby. We had already imagined him and his brother Rhett (who was 9 months old at the time) growing up and being best friends. We loved this baby.

Then the doctor continued speaking.

“My biggest concern is for your health right now.” She told me I was extremely at risk. I had a partial molar pregnancy and this meant that I had cancer in my placenta that would spread to my brain, lungs, and liver the longer I carried Eli. I was at risk for seizures and strokes, blindness and ultimately death. She warned me that my symptoms could happen quickly and without notice.

She recommended I terminate the pregnancy immediately and start chemotherapy as soon as I could.

It made sense and it seemed like the only logical decision. And you know what? I considered it for a half second. Me, the pro-life guru.

All I could think about was not losing the things I had. My husband and I hadn’t even been married for two years, he was the man I wanted to grow old with. Would we not get that chance? I had a 9 month old son who I loved with all of my heart. I wanted to see his first steps, his first birthday, his graduation, his wedding, my grandchildren. It all kept playing over and over in my mind. I don’t want to lose this.

But then I remembered those tiny hands and feet I had just watched dance around on the ultrasound screen. I remembered the kicks and the movement. That was my son too.

The words of Psalm 139:16 came into my head: “Your eyes have seen my unformed substance, and in Your book were all written the days that were ordained for me when as yet there was not one of them.”

I knew the Lord had Eli’s days, however many they were to be, written in His book. Who was I to cut them short? My days were also in that book and nothing, not even cancer or a high risk pregnancy could end them unless the Lord allowed it.

I looked at my husband, he had the same determined look. We told the doctor, “No. That is not an option for us.”

The goal was the make it to 24 weeks. That was the earliest he would be considered viable at this hospital. Those 4 weeks felt like a lifetime. I was in the hospital at least 3 times a week for monitoring and blood tests. They ran out of places to draw blood because my arms were so bruised and my veins worn out.

It hurt when they wouldn’t acknowledge Eli as a baby. All they talked about was me and hardly ever referenced him. I know they probably did that to make it seem easier if I lost him, but it still hurt. I remember lying on an exam table, waiting on one of the doctors to come in and crying. “Lord, why does no one care about my son?! I feel like I am fighting alone here.” I felt His peace and was reminded that He, more than anyone else, cared about my son.

I made it to 24 weeks and they gave me steroid shots to help develop his lungs in preparation for his early arrival. I almost cried when one of the doctors finally mentioned the baby and how he needed to be monitored closely.

They did two ultrasounds a week and at each one they were amazed that Eli was growing normally and was still alive. But at 28 weeks they started to notice his growth was halting and that was due to the placenta slowly falling apart. I got another round of steroid shots and at 30 weeks his heart rate was dropping so we were scheduled for a c-section the next morning.

The doctor met with us that night to discuss the risks. We still didn’t know if Eli had triploidy because we didn’t want invasive tests to put him more at risk, and my fluid was so low anyway, we didn’t want to take any more out than necessary.

She told us she had blood ready for a transfusion because they had to cut through my placenta to get to Eli and I might bleed out. My placenta was 5 times the size of a normal one. I might have to have an immediate hysterectomy because there was a chance the placenta had grown through my uterine wall.

We went into the operating room, not knowing if these would be our last moments together.

On April 1st, of all days, our little Elijah Lewis Mitchell came into this world. He weighed 2 lbs 7 ounces and I was able to kiss his tiny little head that was covered in black hair before they took him back to the NICU.

My placenta came out easily and with no complications. It was sent off for testing. I remember crying and taking a deep breath for what felt like the first time in months. One of the nurses put her hand on my shoulder and said, “Just rest now, momma.”

When our doctor came into the recovery room, she told us, “I think we may have misdiagnosed you.” She said I was cancer free and a few weeks later Eli’s genetic tests came back NORMAL. We were both in the clear and healed completely! We were overwhelmed by all that the Lord had done.

Eli was released from the NICU 55 days later, weighing 5 pounds and drinking his bottles on his own. 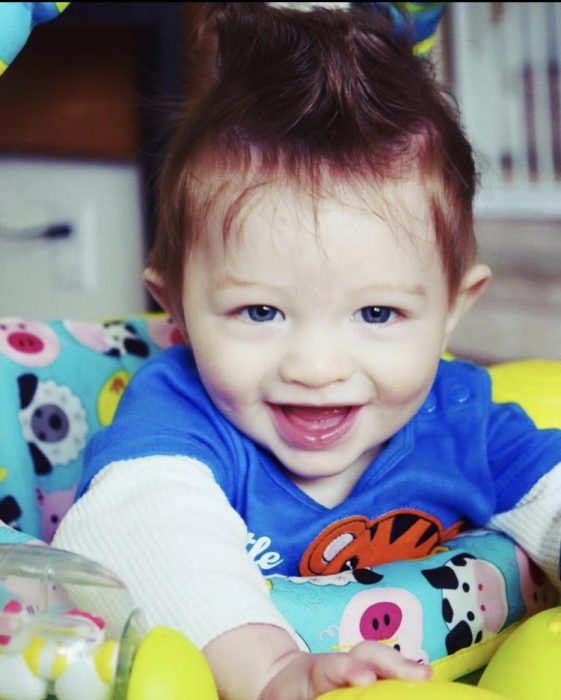 The reason I share our story with you today is because I think we really need to look at these exception cases, and figure out what we believe. Because you never know when you, or someone close to you might be faced with one of these situations. I have no doubt, if it was not for the Lord and knowing what I know about life in the womb, I would have aborted my son that day. Doctors that I respected were telling me to. It made sense to.

So I have a newfound compassion for women in these circumstances. It is a HARD decision. It feels impossible. But I want them to know, it can be done.

You can give your baby a chance at life. I promise you, it will be a choice you will never regret.

I have a daily reminder of my choice: a wobbly little two-year-old who has the sweetest smile, the bluest eyes, and the heart of a fighter. His life blesses mine every day and I am so thankful I gave him a chance to live.

Courtney Mitchell blogs at TheCarolinaFarmhouse.com and can be found on Instagram @thecarolinafarmhouse.