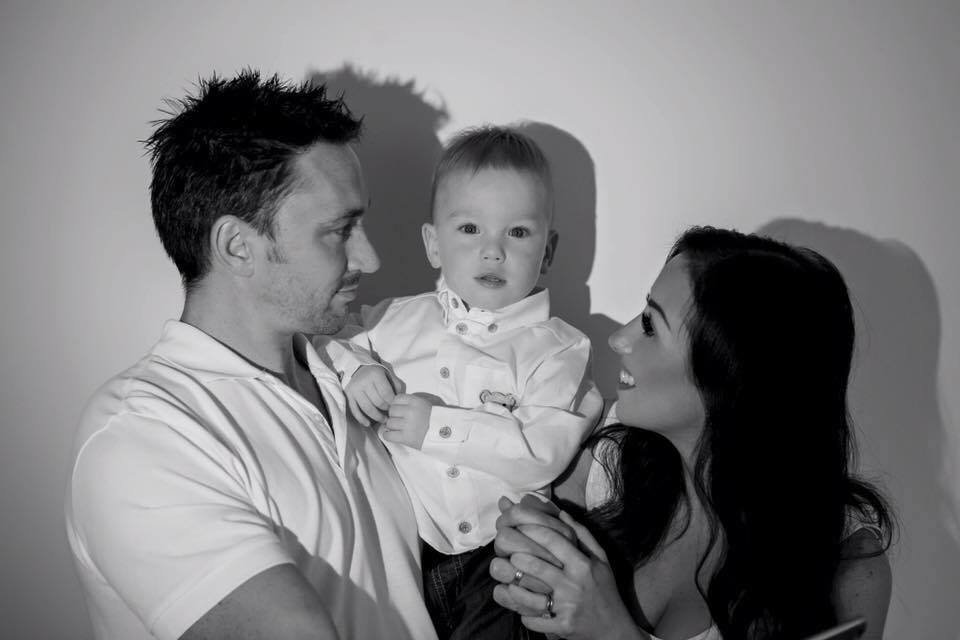 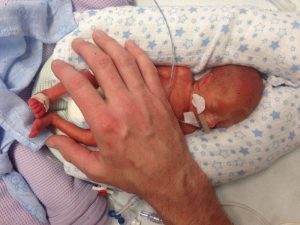 Paul Morris places his hand on his 10-day-old son Jett.

Jett Morris is alive today thanks to the dedication of his parents. Paul and Mhairi Morris refused to abort their son despite strong pressure from the medical staff to terminate at 20 weeks gestation after Mhairi’s water broke prematurely. Doctors told the parents that their preborn son would not survive. The parents were given five minutes to come to terms with the news and accept termination as a solution. Doctors even prepared to take Mhairi Morris to the operating room for the abortion procedure.

“They didn’t see him as a child yet, they just called him a ‘non-viable foetus’. It was cold and I was devastated,” Mhairi Morris told The Mirror. “I was in the early pregnancy unit and no one from paediatrics came to talk to me about my other options. But I’d just had a 20-week scan and everything was perfect and finding out it was a boy made it very hard to accept a termination. The doctor said, ‘You have to have a termination because there’s nothing we can do’.”

When the doctor came back to get their decision a few minutes later, the parents told him they would not be aborting their child. Mhairi Morris recalled to The Mirror that the doctor rolled his eyes and looked at his watch in response, as if they were wasting time.

Then, after doctors discovered that Mhairi Morris had placenta previa, a situation in which the placenta is underneath the baby and can cause bleeding and infection, doctors again advised abortion. The parents were told Mhairi would go into labor within 48 hours and the baby would not survive. Still, they refused to abort.

Days went by, and Mhairi had not given birth as the doctors had predicted. She was sent home, but twelve days later, she was rushed to the hospital with bleeding. Unequipped to deal with a 25-week newborn, the hospital sent the couple 80 miles away to a better hospital. After arriving, the couple were again told their son would die, since his lungs hadn’t fully developed. There were also warned of the risk of brain damage if he did survive.

But baby Jett proved doctors wrong. Though he weighed just 1.4 pounds, had to deal with chronic lung disease and holes in his heart, and spent three months in the hospital, he overcame all the odds and has grown into a healthy preschooler.

“We have a happy outcome but I worry that other mothers could have had an abortion when their babies might have survived,” said Mhairi Morris. “I was given such a bleak outlook that I kept thinking ‘he’s not supposed to be healthy’ and was waiting for something to happen, but it never did.”

Not wanting other families facing a similar situation to have to resort to using the internet to search their options and prognosis, the Morris family hopes that by reading Jett’s story, people will ignore any advice to terminate and give their babies a fighting chance.