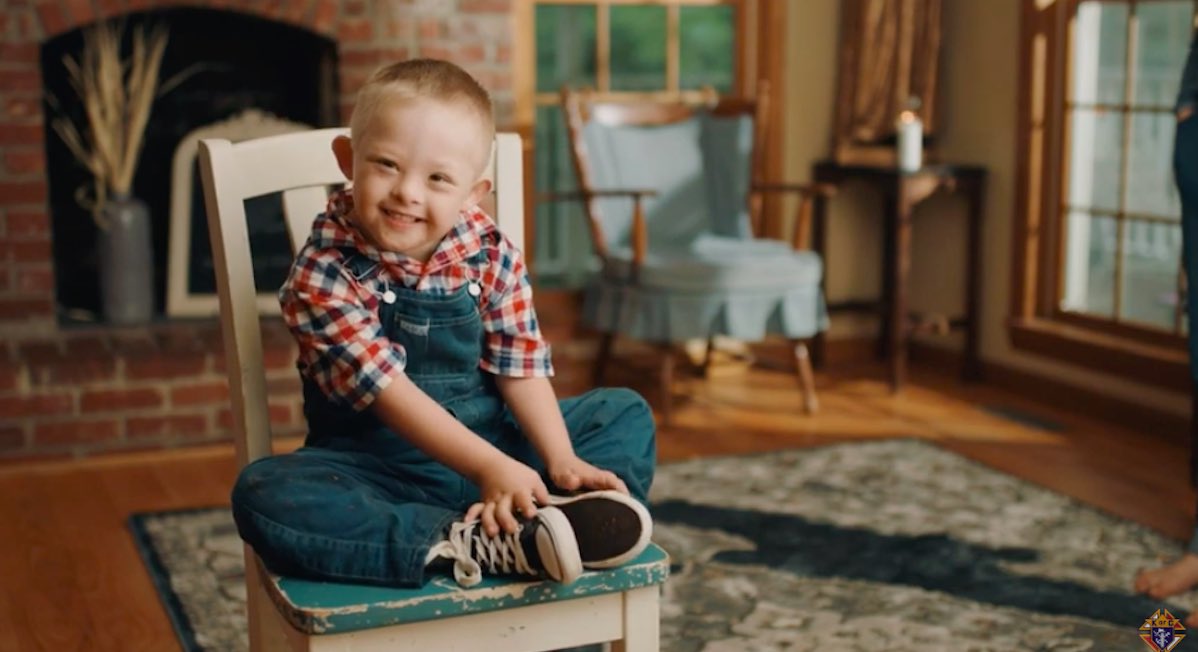 Michael Schachle of Tennessee is a living, breathing miracle. Diagnosed at 19 weeks gestation with both Down Syndrome and fetal hydrops — a serious condition causing significant swelling in two or more body compartments such as the lungs, heart, or abdomen — Michael’s parents Michelle and Daniel learned that his chances of survival were zero. While some babies with fetal hydrops alone do live after birth, the combination of hydrops and a chromosomal diagnosis was essentially a death sentence.

According to the National Catholic Register, Michelle and Daniel were told, “There’s nothing you can do; he’s not going to live. We can take you over and induce labor now, or you can wait and let nature take its course — but he will die.” But the strongly pro-life parents of 12 other children had a different plan. Refusing to induce labor, which would certainly lead to Michael’s death due to his early gestational age, they chose instead to pray for a miracle.

Daniel is an insurance agent for the Knights of Columbus, a Catholic fraternal organization, and he and Michelle decided to pray specifically for the intercession of the Knights’ founder, Fr. Michael McGivney. Daniel told the Register, “As a dad, I didn’t see it as my job to kill my child. I was incensed that I was asked to.”

The Schachle parents never asked for Michael to be healed of the Down Syndrome, only of the fatal fetal hydrops diagnosis.

We never, for one second, felt Down syndrome was a problem. We were going to love him how God made him. Our prayers were always directed at, “Lord, save our baby.” It had nothing to do with chromosomal abnormalities; we welcomed those as a gift. For years our children would go help with [Knights of Columbus] Tootsie Roll drives to help those with disabilities. It would be crazy to say, “This is unacceptable,” after you’ve spent so much of your life fighting for people like this.”

Michelle agreed, ” We prayed for the hydrops to be gone so he would live. We just wanted him to live.”

The Schachles went on a pilgrimage with some other members of the Knights of Columbus to Fatima in Portugal, where they prayed for a miracle for their son, and when they returned for their next prenatal ultrasound at 23 weeks gestation, their prayers had been answered. The fetal hydrops was gone.

Michael was born two months early via C-section on May 15th, 2015, named after Fr. Michael McGivny. He is now a “rambunctious, curious” five-year-old who “lights up the room when he comes in,” according to his parents

His mother agreed. “He’s very passionate. People say, ‘He’ll never do this or that.’ I say, ‘You don’t know who this child is!’ Also, the 21st chromosome, the extra one, is the kindness chromosome. He loves; he just loves. Those of us who aren’t blessed to have that chromosome, we don’t understand how to love. When you are blessed to be around a child with Down syndrome, they teach you to love without counting the cost.”

Michael’s miraculous healing certainly makes his a one-in-a-million story. His parents’ faith and fervent prayers — not for their child to be perfect, but for him to live — are a testament to the value of every human life. Every single person has unrepeatable, irreplaceable value. Thanks to a miracle, Michael will be spreading that message for years to come.