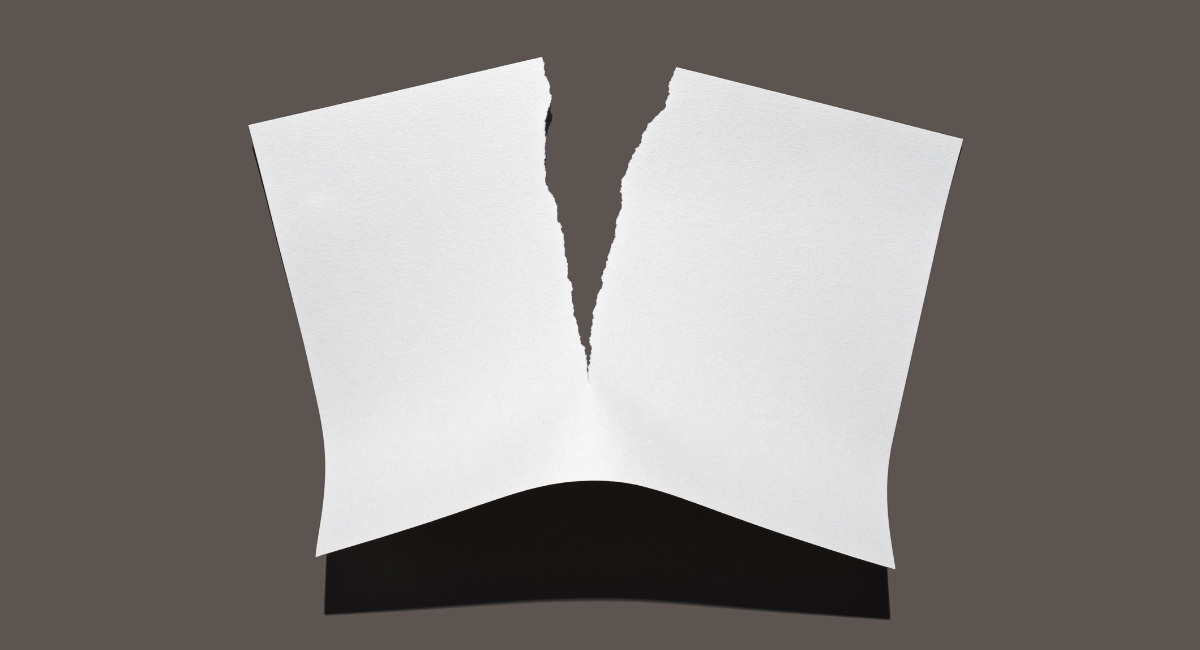 Leading up to the Supreme Court’s opinion in Dobbs, which overturned Roe v. Wade, division had begun to emerge within the ranks of pro-abortion groups. Now, staffers inside these large national pro-abortion organizations are publicly exposing internal secrets, and externally, abortion supporters are lashing out at one another.

Last year, Live Action News documented how former Guttmacher staff had accused the former “special affiliate” of Planned Parenthood of ‘racism’ and a ‘toxic workplace.’ During the pandemic, public posts on social media indicated that Guttmacher staffers continued to grow dissatisfied with their work environment.

“I’ve never seen things this bad. It’s one person tracking every piece of legislation…That’s unsustainable,” another ReproJobs tweet added. “In the racial equity assessment, one employee was quoted as saying that they only heard of staffers of color being ‘yelled at’ and that there was no example of a white person yelling at another white person at Guttmacher.’ Ok wait WHY are people yelling at each other at work?”

In July of 2021, ReproJobs pointed out additional disunity, and tweeted to Guttmacher’s president, “It’s interesting there’s no reference to staff turnover during the pandemic and how many of those staff were BIPOC, queer, and parents.”

In May of 2022, after an article headline claimed that abortion business Planned Parenthood would “step in” if a local facility closed, ReproJobs let loose, tweeting, “Why is Planned Parenthood always out here acting like some vultures to indies? You know, you *could* just provide abortions NOW and you *could* help make sure indies and their workers stay around instead of chasing headlines on their impending closures,” the tweet read.

“Indies” is a term used to refer to independent abortion clinics.

Why is Planned Parenthood always out here acting like some vultures to indies? You know, you *could* just provide abortions NOW and you *could* help make sure indies and their workers stay around instead of chasing headlines on their impending closures.https://t.co/yCLjNk2P8q pic.twitter.com/pLfgIF7fbl

Robin Marty, the Operations Director at an Alabama abortion facility, also weighed in, tweeting, “Maybe Planned Parenthood could work a little harder on preparing a landing space for folks in SD once that PP clinic closes rather than publicly announcing their plan to take out an indie that is under NO obligation to make its plans public to anyone yet?”

Maybe Planned Parenthood could work a little harder on preparing a landing space for folks in SD once that PP clinic closes rather than publicly announcing their plan to take out an indie that is under NO obligation to make its plans public to anyone yet?https://t.co/rK9P35y366

The sentiment was echoed by Vice in an article entitled, “Why You Should Donate to an Abortion Fund, Not Planned Parenthood.” Author Katie Way wrote, “Planned Parenthood, specifically, also runs clinics that provide sexual health services—but there are other major signs it may not be the best conduit for abortion rights in this moment. In April, Jezebel reporter Susan Rinkunas found that the non-profit canceled all upcoming abortion appointments at its clinics in Georgia and Alabama with no publicity, no warning, and no concrete plans to resume normal operation in the immediate future.”

Days ago, feminist attorney Kate Kelly took to Twitter to beg abortion supporters not to donate to Planned Parenthood, tweeting, “As a former Planned Parenthood employee, I am begging you in this moment of crisis—DO NOT GIVE YOUR PRECIOUS DOLLARS TO PLANNED PARENTHOOD. PP has plenty of $ & does NOT provide care in the most dire places to those most in need.”

Later in the thread, Kelly added, “In my experience & experience of many, many others I know & worked with… Planned Parenthood treats their employees terribly. You are there bc you passionately believe in the mission, but they treat you as completely disposable. They do very little to keep employees safe.”

The self-described feminist abortion supporter accused Planned Parenthood of not sharing names of abortion supporters who signed up to protest, tweeting, “Here’s the map. Again, these are not rallies organized by PP—the heavy lifting is all done by local community organizers. And, again, the local folks didn’t even get access to the info of the people IN THEIR STATE who RSVPed. PP national kept it.”

Here's the map. Again, these are not rallies organized by PP—the heavy lifting is all done by local community organizers.

And, again, the local folks didn't even get access to the info of the people IN THEIR STATE who RSVPed. PP national kept it.https://t.co/3E6x30Mxg7

A report published at Lux Magazine exposed reasons why Planned Parenthood staffers in Texas are working to unionize.

“It just always felt like they did not listen nor care to entertain or pretend to listen to the bread and butter of the whole organization, which is the clinic-level staff,” the staffer said, referring to the executives at her Planned Parenthood affiliate. “We call on people to be donating to the people that are dealing with the front lines. But then, you know, also, they can work in asbestos and mold. That’s fine.”

“Planned Parenthood is the Walmart, is the McDonald’s of our field, and they have the most power over workers in our slice of the work and so of course they would receive the most criticism,” said a separate staffer who was laid off along with five others after organizing their union, in “what Planned Parenthood said was a financial move due to a loss in grant funding.” 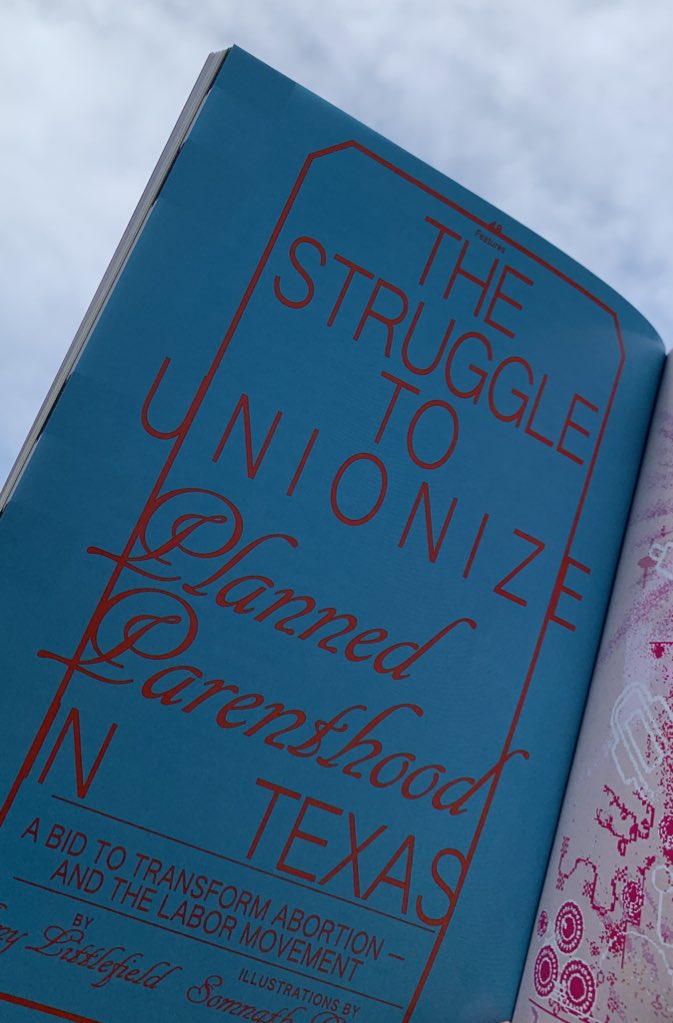 In a recent Salon article, “Defund the Democrats: Stop giving money to the party of surrender and inaction,” authors Nolan Higdon and Mickey Huff chide the Democratic party for refusing “to protect abortion rights when it has the power to do so.”

“Rather than propose an immediate plan of action, on the day of the Supreme Court’s decision to overturn Roe, Pelosi read a poem, Vice President Kamala Harris tweeted a picture of herself watching pro-choice protests, and Democratic members of Congress sang ‘God Bless America‘ on the steps of the U.S. Capitol. This vapid virtue-signaling was just the beginning. The same Democrats who failed to protect abortion rights for ages had the audacity to fundraise off this mass assault on women’s rights…. Voting for the same milquetoast neoliberal centrists who made the collapse of Roe possible (or inevitable) will do nothing to change our current political reality.”

Dramatic schisms throughout the progressive world

“The Elephant in the Zoom,” a lengthy article published by The Intercept, details alleged “dramatic schisms throughout the progressive world in the coming year.” Author Ryan Grim lays out infighting among some of the most powerful left-wing groups in America — including pro-abortion groups — due to woke rules as well as cancel culture creating a negative and impossible work environment at long-held national organizations.

Here are some highlights from Grim’s article, listed below:

A senior leader of a left-wing organization told Grim, “I got to a point like three years ago where I had a crisis of faith, like, I don’t even know, most of these spaces on the left are just not — they’re not healthy. Like all these people are just not — they’re not doing well,” he said. “The dynamic, the toxic dynamic of whatever you want to call it — callout culture, cancel culture, whatever — is creating this really intense thing, and no one is able to acknowledge it, no one’s able to talk about it, no one’s able to say how bad it is.”