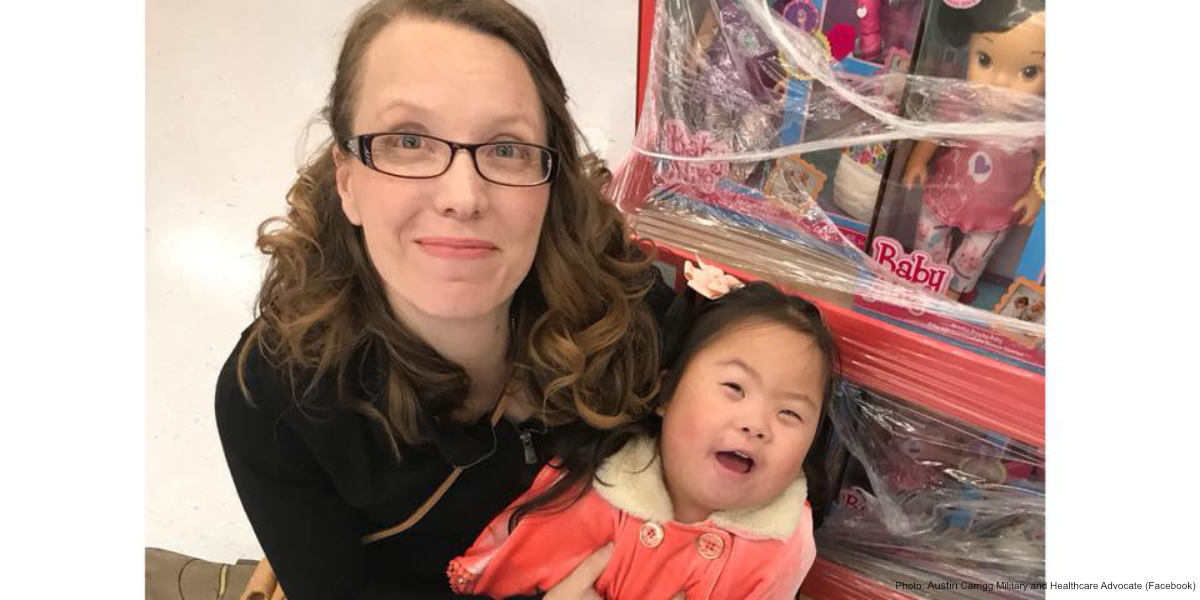 A mom of a child with Down syndrome says she was repeatedly ignored by doctors as her daughter struggled with her health, before she solved the medical mystery on her own.

“I remember taking her to a developmental pediatrician and saying, ‘I know something is very wrong and we’re here to see you because you’re the type of doctor who helps us figure out why she’s not meeting her milestones,’” Carrigg told TODAY. “He said to me, ‘She’s never going to walk. She’s never going to talk. I never need to see you again.’”

Yet Carrigg knew something else was wrong, especially as Melanie’s condition worsened — she slept all day, and then started getting sick. “She had thrown up once and then we couldn’t wake her,” she said. “When we could rouse her she would fight us. She was hitting and, like, pulling away. So we rushed to the ER.”

Things were so bad that Melanie was in a coma, brought on by low blood sugar and high ketones. When they got home, Carrigg continued to look for answers, and finally received a referral to a metabolic geneticist. There, she got the answers she’d been desperately searching for: Melanie had ketotic hypoglycemia, a medical condition that causes low blood sugar and ketosis.

“It was a relief,” she said. “The world was spinning because it felt so surreal. I finally know I’m not crazy. They’re finally going to help me help her.”

Soon, Melanie began meeting her milestones, too. But Carrigg wasn’t done fighting. She had noticed something when talking to other parents of children with Down syndrome: many of their children had ketotic hypoglycemia, too. “I just thought to myself, ‘What are the odds that this other little girl with Down syndrome, also has a blood sugar issue that my daughter does?’” she said. “I realized there had to be something there.”

Sh reached out to Ketotic Hypoglycemia International, whose executive director, Danielle Drachmann, put her in touch with their advisory board — and they took her seriously. They launched a research survey of parents of children with Down syndrome, graciously including Carrigg as an author, and found that 7% of respondents either had a diagnosis of ketotic hypoglycemia, or symptoms consistent with it.

It was the first time a connection between Down syndrome and ketotic hypoglycemia had been found, which was both exciting and disappointing.

“We hoped not to see that Down syndrome patients had been overlooked for their low blood sugar. It is easy to diagnose once you have the suspicion,” Dr. Henrik Thybo Christesen, one of the authors of the paper, told TODAY.

Co-author Jacob Sten Petersen added, “Since Down syndrome is such a complicated genetic disease with many different manifestations, some of which may resemble low blood glucose, this is probably why in the past (ketotic hypoglycemia has) been completely overlooked.”

And it all came from their willingness to listen to a mom’s gut instinct, when other doctors refused. “They gave me my voice,” she said. “I’m her mom. I know her best… There’s this other team of doctors who valued my opinion and I was right.”