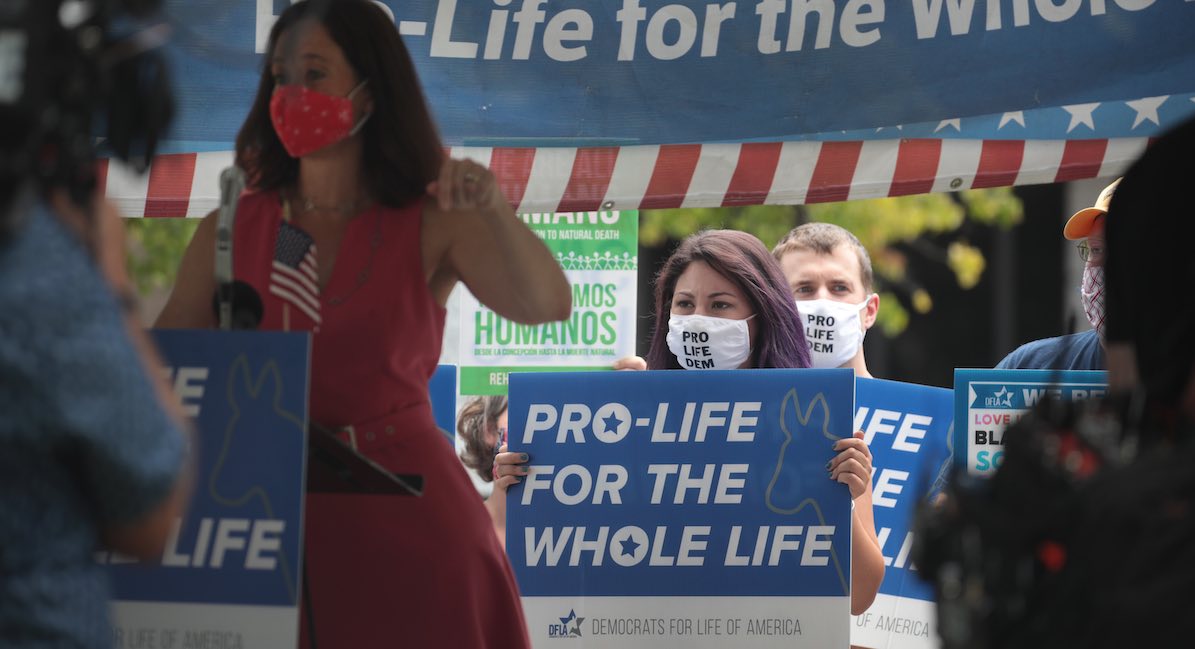 On Tuesday, Democrats for Life of America (DFLA) held a pro-life caucus, “Live for Life,” outside of the Democratic National Convention (DNC) in Milwaukee, Wisconsin. According to an email from Democrats for Life, the purpose of the gathering was to “highlight[] the need for the Democratic Party to return to its roots as an inclusive big tent party, which supported limited, rare abortion. Instead, the current platform calls for unfettered access and taxpayer funding.”

In 2016, DFLA was able to set up a booth at the DNC and was invited to be a part of the convention. This year, however, the DNC refused to welcome pro-life Democrats. The live DFLA event included Zoom participants and multiple members of the pro-life community who urged the DNC to once again include pro-life Democrats.

“The snub didn’t stop over one hundred pro-life Democrats from gathering outside the convention hall and online via Zoom to condemn the DNC’s extreme stance on abortion,” said DFLA in its email, “which is out of step with most Americans and most Democrats.”

READ: Democrats for Life prez to Mayor Pete Buttigieg: Is there room for pro-life Democrats?

Polling shows that most Americans, including Democrats, want greater restrictions on abortion and do not want taxpayers to fund abortion. A CBS News poll released in June found that 55% of those polled felt abortion should be either more restricted or outlawed.

“Alison Centofante informed the caucus of the wonderful work Live Action is undertaking to expose the greed, corruption, and exploitation of the abortion industrial complex,” noted DFLA.

Jackson, a Democrat who has written pro-life bills and constitutional amendments for Louisiana, called on the party to be consistent in its support of human rights, and uphold the dignity of human life.

DFLA’s Kristen Day stated, “It is DFLA’s hope that organized pro-life Democrats can challenge our party’s polarizing stance on abortion and create a life-affirming culture for all humans, born and unborn.”