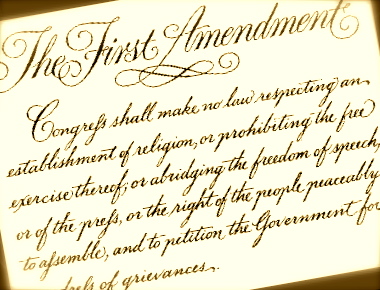 Choices for me, but not for thee. 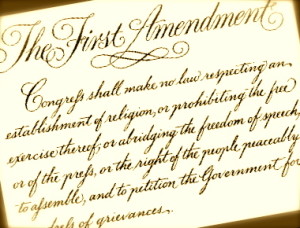 For a movement that claims to be all about safeguarding women’s choices, pro-aborts do an awful lot of caterwauling about those who provide alternatives to abortion. Democrat Rep. Carolyn Maloney of New York has proposed legislation she claims will crack down on crisis pregnancy centers’ alleged practice of luring in vulnerable women with advertising that falsely suggests they provide abortions:

Crisis Pregnancy Centers … pose as sources of unbiased pregnancy counseling, using deceptive propaganda to dissuade women from considering comprehensive birth-control options or legal abortion,” Maloney said as she introduced the bill. “Fake reproductive health clinics entice women with unintended pregnancies through their doors under the pretense of providing the full range of reproductive options and services.

HR 2030, which naturally has the support of the Big Abortion players like Planned Parenthood who want a monopoly over the business of unplanned mothers, prohibits the following:

Not later than 180 days after the date of  enactment of this Act, the Federal Trade Commission shall, in accordance with section 553 of title 5, United States Code, promulgate rules to prohibit, as an unfair and deceptive act or practice, any  person from advertising with the intent to deceptively create the impression that–

First, it’s a “solution” in search of a problem. The boogeyman of predatory CPCs luring scared teenagers in their doors with lies is pro-abortion defamation. For instance, Katherine Connell at National Review points out two examples of such alleged deception that are clearly anything but:

In Charleston, W.Va., for example, Woman’s Choice Pregnancy Resource Center, a pro-life organization, recently moved in next door to Women’s Health Center of West Virginia, an abortion provider. The move was “intentionally meant to confuse women,” fumed Margaret Chapman, the director of a local pro-abortion group. A spokesman for Woman’s Choice denied that, although he said he and his colleagues would be happy to help any woman who wandered in accidentally. “Last time I checked,” he told the Charleston Gazette-Mail, “they haven’t cornered the market on the word ‘choice.’” […]

A 2010 New York Times piece asks the reader to imagine a scenario in which a pregnant woman who is considering abortion is riding the subway. She looks up and sees an ad for E.M.C. FrontLine Pregnancy Centers that reads “Free abortion alternatives.” This is given as an example of “unclear signage” meant to mislead women — because “the word ‘abortion’ [may have] loomed much larger to them on that subway sign than the word ‘alternatives.’” New York City Council speaker Christine Quinn expressed her opinion that such organizations were “deceiving women purposely.” In order to “compensate for ambiguities,” as the Times put it, Quinn and Mayor Michael Bloomberg backed legislation that would have required crisis-pregnancy centers to prominently post disclosure notices explicitly stating that they did not provide or refer for abortion. A federal judge blocked the law, calling it “offensive to free speech principles” and warning that “the risk of discriminatory enforcement is high.”

PJ Media blogger “Zombie” dissected another one back in 2011, in which San Francisco liberals sought to crack down on the CPC First Resort for false advertising – not because they said or implied that they offered abortions anywhere in their ads or material, but because they were the top result that came up upon Googling “abortion ‘San Francisco.’” At best, we’d be in for a whole new wave of government harassment over every contrived interpretation of semantics pro-aborts can think of.

Second, the potential for worse is very real. In true progressive fashion, the bill doesn’t simply spell out “face X punishment for saying Y”; it delegates the power to unelected, faceless bureaucrats at the FTC to create rules for quashing whatever they deem “unfair or deceptive” impressions. If the harassment other conservative organizations have endured from overzealous federal agencies is any indication, we’d be fools to trust that whatever language they punish CPCs for using – or compel them to add – would stay within HR 2030’s stated intention.

The broad language of the bill redefines a “non-profit” as a for-profit business: “The Federal Trade Commission shall enforce this Act with respect to an organization that is not organized to carry on business for its own profit or that of its members as if such organization were a person over which the Commission has authority.”

“‘As if’ is the revealing phrase,” Mattox noted. “The bill itself acknowledges that the commission has no authority to regulate the free speech of local non-profits. But the lawmakers who sponsored this bill want to order the commission to do so anyway in their brazen attempt to harm the efforts of pro-life charitable organizations.”

He also reminds us that such proposals haven’t fared well in the courtroom: “Alliance Defending Freedom attorneys have filed several lawsuits against these laws (Montgomery County, Md.; Baltimore, Md.; New York City, N.Y.; and Austin, Texas), and every court decision has found the laws to violate the First Amendment.”

Fortunately, the Orwellian “Stop Deceptive Advertising for Women’s Services Act” is unlikely to make it out of the Republican-controlled House of Representatives, making it little more than a glorified press release to motivate their disciples and demonize their opponents. It is, however, a frightening preview of what pro-aborts (ironically, the same people who freak out over making abortionists give their customers straightforward medical and fetal development information) would do to us if they had complete control over the wheels of government. In their minds, any choice other than killing their babies is no choice at all.