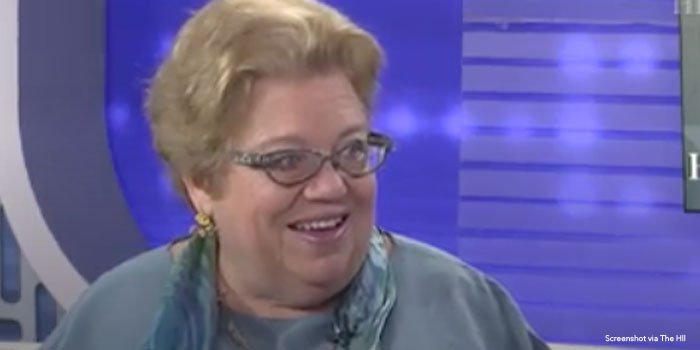 Recent Gallup polling indicates that the percentage of women who favor unrestricted abortion is slightly higher than men, yet an experienced Democratic pollster admitted to The Hill TV that she has found the opposite to be true.

Celinda Lake, president of Lake Research, is described as “one of the Democratic Party’s leading political strategists, serving as tactician and senior advisor to the national party committees, dozens of Democratic incumbents, and challengers at all levels of the electoral process.” She’s worked for the Democratic National Committee, NARAL, Planned Parenthood, EMILY’s List, and others. 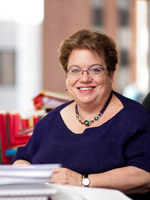 Just days prior to Trump’s Supreme Court nominee announcement, Lake appeared on Hill TV’s “What America’s Thinking,” where she told host Joe Concha, “Women are less likely to be pro-choice….”

Concha interrupted, saying, “I have no idea what you are talking about. Really?”

Lake replied, “Women are more religious… than men. And so women are actually slightly less pro-choice than men.”

Regarding the (at the time) impending selection of a Supreme Court nominee, Lake noted that “people will… assume a female nominee is going to be more reasonable. And also can personally relate to the ambivalence and the complexity” of abortion. But Lake was saying that women aren’t necessarily as pro-choice as the media makes them out to be.

In referring to a “female nominee,” Lake was likely referring to pro-life Judge Amy Coney Barrett, who, although not Trump’s nominee, remains on a short list of possible Supreme Court picks.

Polls rarely, if ever, tell the whole story on things like abortion; they can only give a mere snapshot response to a craftily worded short question on a particular subject. In opposition to the previously mentioned Gallup poll, a different poll has shown that a majority of women support significant restrictions on abortion, desiring to limit it to cases of rape, incest, or life of the mother. Perhaps Celinda Lake, in her work with pro-abortion organizations, has witnessed that same sentiment.

Due to media bias, most Americans have never been shown what an abortion is, how it is committed, or how it harms women — and this, of course, has a bearing on the polls. Many people haven’t even been shown the reality of fetal development:

Live Action’s man on the street interviews and polling reveal that when the public, and specifically women, view the reality of abortion, many change their minds, even after admitting previously to a pro-choice view:

In 2016, as Live Action News has previously reported, Live Action conducted an online video survey through an independent polling company that asked 502 women ages 18-30 to watch its D&E Abortion Procedures video and respond to a series of questions. The women were randomly chosen by online polling firm Survey Monkey from its universe of women 18-30 who self-identified their political leanings as moderately liberal, slightly liberal, slightly conservative, or neither liberal nor conservative.

Of those women who self-identified as “pro-choice,” 208 watched all or most of the video. After watching the video, 9.1 percent stated that they viewed abortion much less favorably and 25 percent somewhat less favorably. When asked the question, “Under federal law, abortion is legal up until birth for any reason. Some states have further restrictions. After watching the video, do you think there should be more or fewer restrictions on abortion?” 28.4 percent of those pro-choice women said they would favor more abortion restrictions.

The more the public sees the reality of abortion, the less likely they are to be in favor of it.