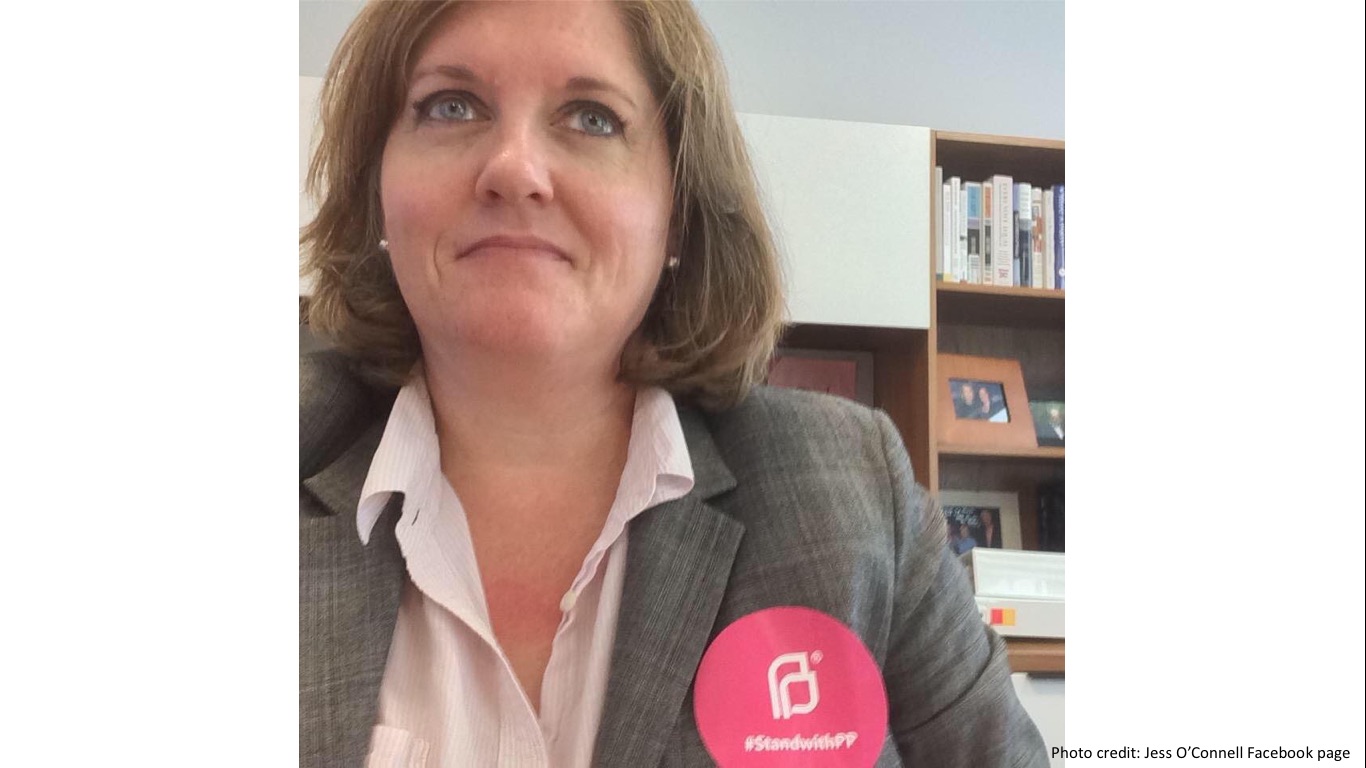 Democrats and the inclusion of pro-lifers — or more accurately, the lack thereof — has been making headlines ever since the party received backlash when members dared to campaign with a mayoral candidate, Heath Mello, who once sponsored pro-life legislation. Democratic National Committee Chair Tom Perez doubled down on his support for abortion, though he also agreed to meet with Democrats for Life at the group’s request. Recent actions don’t appear very comforting, however, as the DNC has now hired Jess O’Connell as CEO. O’Connell was formerly the Executive Director of EMILY’s List, which endorsed Hillary Clinton for president and aims to elect pro-abortion Democratic women to office.

The Huffington Post gleefully reported on O’Connell’s new position. The pro-abortion outlet is doing its part to paint the Democratic Party as solidly pro-abortion. Earlier, HuffPost got Mello to issue a statement suggesting he was personally pro-life, but committing that he would not legislate in favor of life. “While my faith guides my personal views,” Mello said, “as Mayor I would never do anything to restrict access to reproductive health care.” Mello ultimately lost his race.

As HuffPost noted, O’Connell was one of those who used Twitter to criticize pro-abortion Senator Bernie Sanders (I-V.T.), who ran for president as a Democrat, and who campaigned with Mello. O’Connell also tweeted out her support for Perez when he doubled down on what he claimed was Democrats’ commitment to abortion.

1. It’s not progressive to impose a purity test that ignores women’s reproductive and economic health. Women’s issues ARE economic issues.

O’Connell also cheered on Perez when he suggested that the government should not listen to pro-lifers when it comes to making law. And now, despite her view that the law is not designed to protect the most vulnerable among us, the preborn, O’Connell has risen to a top position in the Democratic Party. Perez — and by implication, O’Connell — extended the exclusionary message not just to Democrats, but to all Americans. “Every Democrat, like every American, should support a woman’s right to make her own choices about her body and her health. That is not negotiable and should not change city by city or state by state,” Perez said.

A statement from O’Connell, reported by Politico, is particularly ironic:

The DNC has incredible potential and, under the leadership of Chair Perez, I’m ready to jump in and help make this organization more inclusive, effective, and influential. We are poised to build a foundation for a new Democratic Party in every state to jump-start a wave of Democratic wins from school board to Senate nationwide.

The party’s stance on abortion is anything but “inclusive.” The problems don’t merely stem from Mello’s race. After an increasingly pro-abortion party platform was passed 2016 and the DNC bragged about it, pro-life Democrats have continued to express criticism and concern.

Democrats for Life’s Kristen Day, who requested the meeting with Perez, told Live Action News last year that Hillary Clinton’s pro-abortion stance contributed, at least in part, to her loss. Considering Democrats lost seats in the House, Senate, and White House to pro-life candidates, the party’s pro-abortion extremism is not looking very “effective” or “influential” right now either. The hiring of O’Connell hardly appears to be a welcoming move for pro-life Democrats.

Supporting abortion is not progressive, economically or otherwise, and it’s certainly not pro-woman to advocate abortion as a solution to women’s so-called problems or as the pinnacle of all issues women care about. It’s time all politicians and members of all parties realized exactly how damaging abortion continues to be for our nation. And it’s more than time to end this extensive human rights violation once and for all.