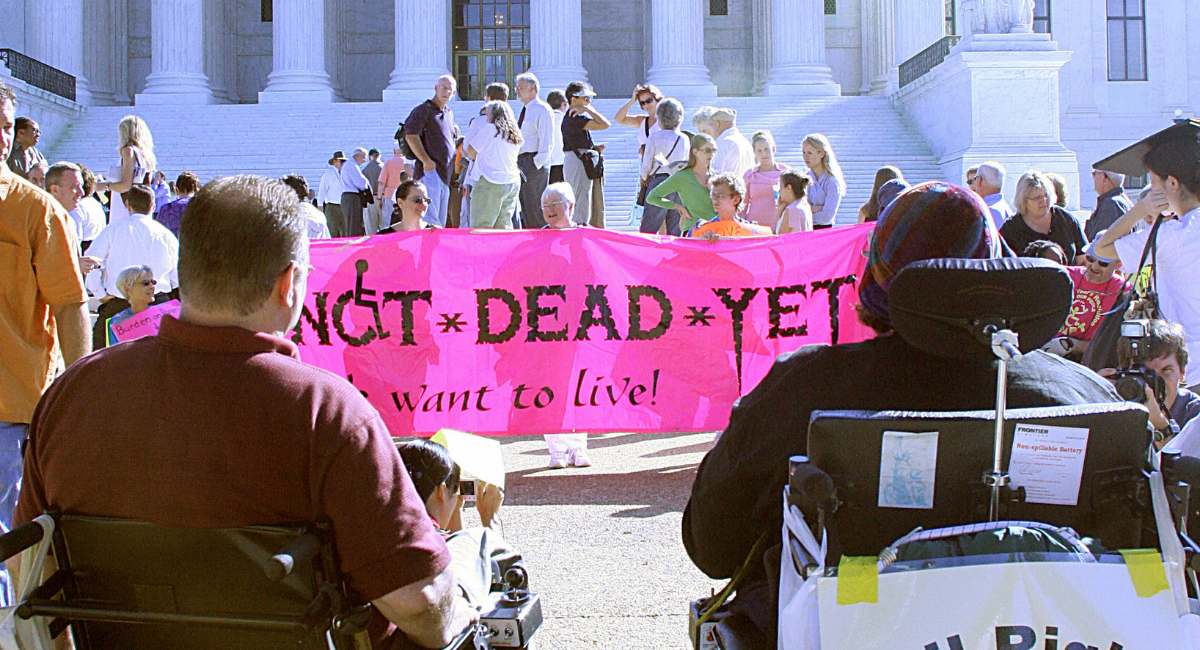 If passed, HB140 would permit a terminally ill resident of Delaware to request and self-administer life-ending medication, as long as two doctors sign off on the request. The executive director for the Patients Rights Action Fund, Matt Valiere, pointed out that although the bill, as currently written, claims that a patient cannot qualify if they are disabled, the pool of people who qualify for assisted suicide almost inevitably expands.

“You’ve got groups of people who are sectioned off,” said Valliere, according to WDEL. “Physicians can help these people die, but not those people, and that group becomes larger and larger, but the fact of the matter is, for public policy that makes suicide a medical treatment for a subset of people, always, it’s a subset of people with disabilities. That’s where the the public policy becomes the defining moment in that group.”

Another participant pointed out that, instead of funneling valuable resources for the dying towards ending their lives, it would be better to allocate resources to palliative care, and other ways to support people’s actual needs.

And indeed, if assisted suicide become the easy and cheaper option for the government, the cost-savings implications could have a similar impact on insurance companies looking to maximize profits, with potentially chilling results.

According to the story in WDEL, assisted suicide was the go-to option for Stephanie Packer’s insurance company after the California mother of four was diagnosed with terminal cancer. Instead of paying for the potentially life-saving treatment prescribed by her doctors, the insurance company would cover the life-ending drugs, with a copay of just $1.20. According to The Dialog, Packer eventually got the necessary coverage.

“Fortunately, I eventually did receive the coverage that I needed,” she said, adding that she has outlived her original prognosis. “California was predicting that they would save money by providing lethal drugs instead of treatments. I’m constantly living in fear that with my next prognosis, treatment will be again denied in favor of cheaper lethal drugs.”

In many places where assisted suicide has been legalized, observers see a slow “creep” to allow more and more people to take “advantage” of the law. The Netherlands, has allowed assisted suicide for nearly two decades, and since that time, people with disabilities, developmental disorders, autism, mental illness, sexual abuse, and other non-terminal conditions have been euthanized. Seriously ill and disabled Canadians have likewise faced pressure to end their lives by assisted suicide when they run out of treatment options.

Governor John Carney has signaled a potential veto. “I believe we should do everything we can to enable people with terminal illnesses to die peacefully,” he said, according to WBOC. “I know this is an extremely difficult and personal issue for many of my constituents, and I have sympathy and compassion for those who are grappling with these painful questions. Ultimately though, I believe enabling physicians to facilitate suicide crosses a boundary that I’m just not comfortable crossing.”