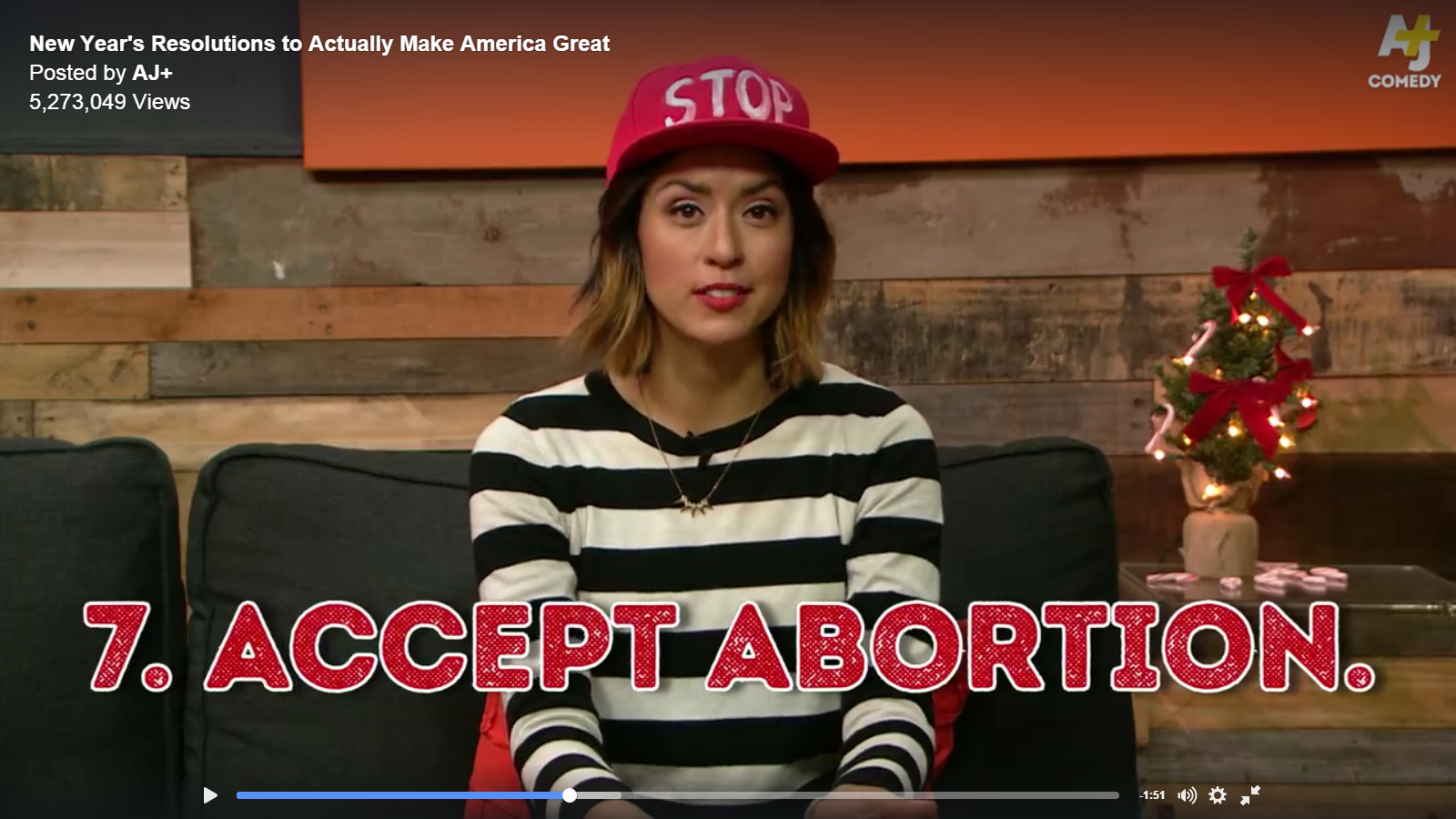 AJplus.net shared a short video on Facebook of their top 10 resolutions for Americans in 2016. While voting is a great resolution, and so is living with less fear, one resolution this video definitely gets wrong is its plea for people to accept abortion.

AJ+ producer Francesca Fiorentini tells us we should all accept abortion because “It’s been around for hundreds of years, and it’s not going away.”

We don’t have to ponder this statement too deeply to realize that it’s useless. It’s actually one of the weakest arguments for legal abortion in the history of time. Since when has something’s length of existence been the determining factor in whether or not it was good, worthwhile, or ethical? What else was around or has been around for hundreds, if not thousands of years?

I think we can stop right there. Just because abortion has been around doesn’t make it acceptable. As advancements in science and technology allow us to understand more about the creation of human life inside the womb, we know more than we ever did before. We know that preborn human beings are not blobs of tissue. They are not simply products of conception. They are human beings – and many of us would argue that this quality alone makes them worthy of rights and worthy of being called people. When we know better, we make better decisions – and that includes the decision to outlaw abortion in the near future.

Fiorentini goes on to claim that “the more Planned Parenthoods there are, the less abortions there are. ‘Cause that’s how sexual health works.”

Planned Parenthood has a history of covering up sex trafficking, child sexual abuse and rape for their clientele in order to make money off of abortion. I don’t think we need to accept that either.

Fiorentini and AJ+, we will not be accepting abortion in 2016 (or ever). You can produce all the cute, shareable videos you want, but pro-lifers aren’t going anywhere, and we’ve resolved to make 2016 the most successful year yet in gaining the right to life for preborn children everywhere.