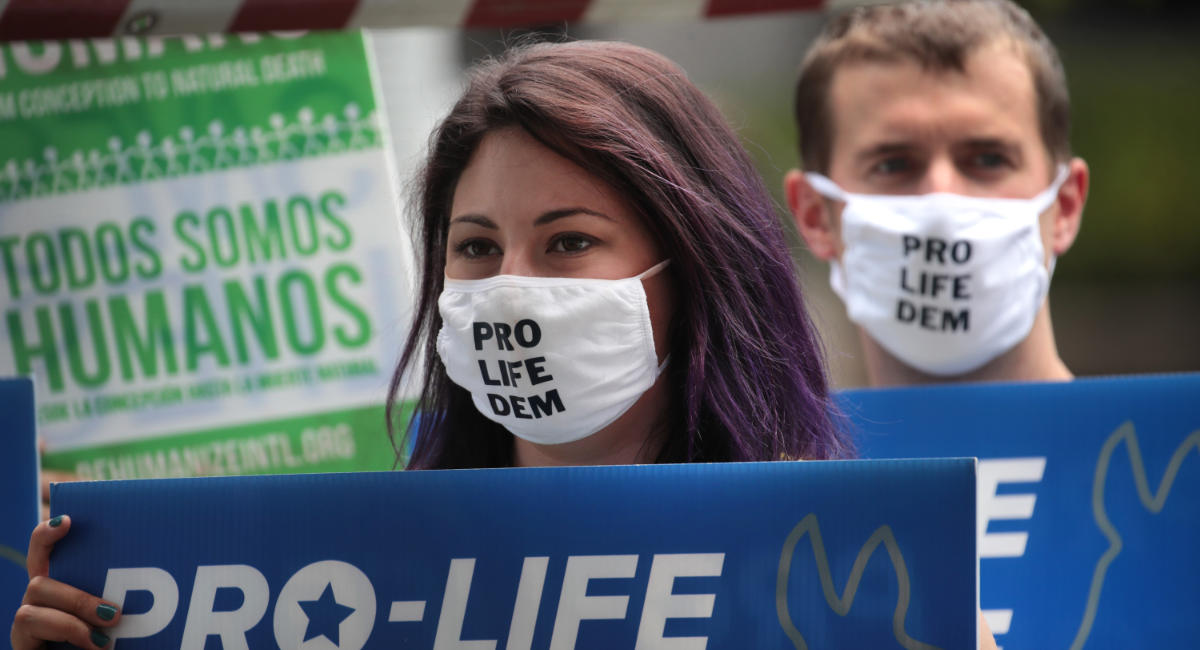 The 49th annual March for Life will take place on Friday in Washington, D.C., as pro-lifers continue to work towards ending abortion in the United States. Multiple pro-life events will be taking place in the D.C. area, including an event for supporters of Democrats for Life (DFLA). However, the restaurant that had scheduled DFLA’s event canceled and later confirmed that it was a decision based in viewpoint discrimination.

Busboys and Poets was the location for a planned DFLA supporter breakfast, but on January 11, DFLA announced that the establishment had canceled when it realized DFLA is pro-life and had planned a breakfast for its donors and supporters.

“This year, we were really excited to hold a breakfast at Busboys and Poets for our supporters,” DFLA wrote in an email to supporters. “We worked to find the venue, get the word out, and make the arrangements. But, today, we were informed that, because we are pro-life, we are not welcome in that establishment. We have officially been canceled.”

It was a very disappointing call today. The Catering Manager specifically mentioned that Planned Parenthood holds events there. Could they be the ones that complained? https://t.co/hDbR8jF3dq

Busboys and Poets did not shy away from the idea that they had discriminated against DFLA.

In an interview with Katie Yoder at Catholic News Agency, the spokeswoman for Busboys and Poets said, “When our team learned the fundraising nature of the event in question, the decision was made to cancel it and refund all deposits to the event organizer.”

She added that the restaurant “stands firmly on the belief that women have the right to make their own reproductive health decisions.”

The spokeswoman also said that the restaurant is “a safe space” that welcomes “conversations from individuals expressing different viewpoints and pride ourselves on being a venue for respectful conversations between diverse groups…” She explained, “As such, we cannot knowingly accept events designed to fund an agenda which our community members believe to be trampling on the rights of others.” (emphasis added)

Essentially, Busboys and Poets only welcomes “diverse groups” with whom they agree.

According to Townhall, the restaurant is a chain with locations in D.C., Virginia, and Maryland that is frequented by students from Catholic University of America. Pro-lifer Emily DeArdo said on Twitter that the restaurant’s decision to cancel DFLA was “sad” and that in the past she has eaten there and seen “a TON of Dominican friars” there. “And we’re not welcome now?” she asked.

Busboys and Poets wrongly view pro-lifers as “trampling on the rights of others” when in reality, it is the abortion industry that financially profits from the discriminatory killing of innocent human beings. Abortionists use violence to kill preborn, living human beings, tossing their bodies into medical waste bins or garbage dumpsters as if their lives are meaningless and their right to life unimportant. No human being deserves this cruel and inhumane treatment.

Reproductive “rights” should never include ignoring the basic human rights of others.

DFLA has reportedly secured a new venue for Friday at Harriet’s.