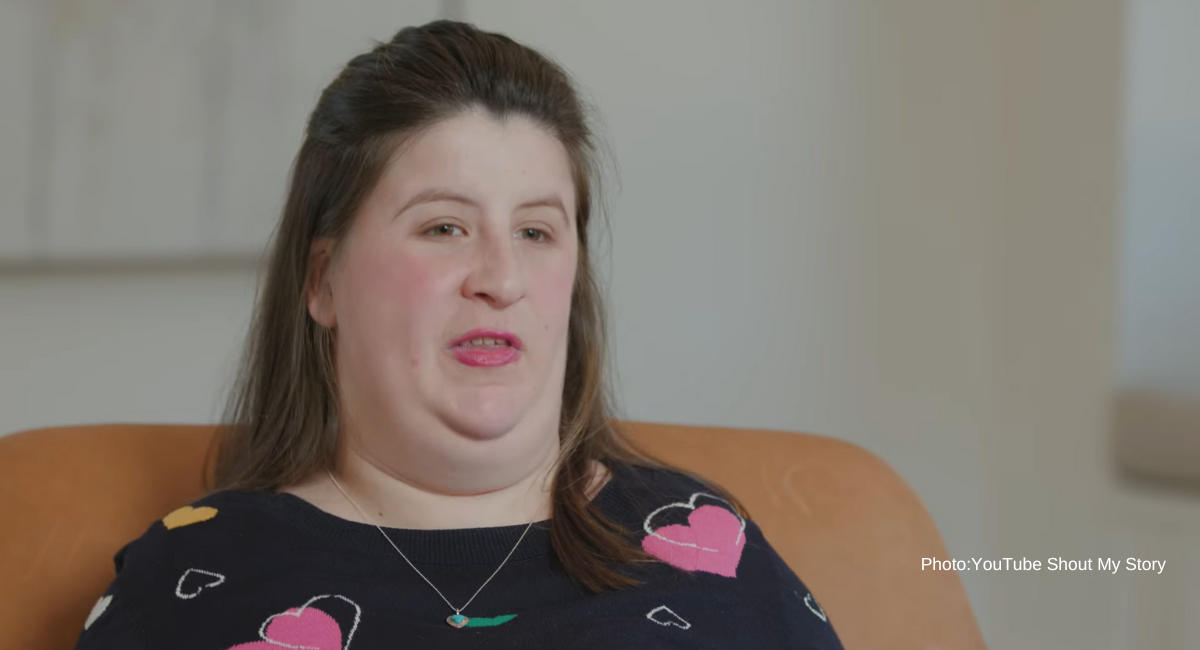 Brendalee was five months pregnant with her daughter Lauren when concerning findings on an ultrasound prompted her doctor to recommend further testing and an amniocentesis. Brendalee and her husband Bill were referred to a genetic counselor to discuss the test results. The counselor told them, “You’re facing having a child who will have challenges. This would be the time to terminate the pregnancy.”

Knowing that genetic testing is not diagnostic — and in fact, can only predict whether a preborn person’s risk for having a certain condition is high or low — Brendalee responded, “Excuse me, what? You’re suggesting for me to abort my baby just because there’s something possibly wrong with it?” The counselor responded, “Ma’am, people abort for much less,” to which Brendalee responded, “Well, we’re not going to abort our baby.”

Brendalee explained to Shout My Story that their daughter Lauren has Trisomy 8 Mosaic, saying, “Trisomy 8 just means that the extrachromosomal tissue in her body is from the eighth chromosome. The mosaic means that it’s only in some of her cells. So she’s extremely special.” Lauren’s diagnosis manifested as muscle weakness, delayed motor skills and emotional development, along with above-average intelligence.

READ: Pastor’s daughter chose life in an unplanned pregnancy, and ministers to others today

Growing up, Lauren was surrounded with love from her parents and younger sister at home, but she was bullied in high school. Brendalee noted, “High school’s tough, even if you’re a regular kid. That was super hard. Within the first week of school, some kid had tripped her in the cafeteria — things had sprawled everywhere, broke her glasses.” Through tears, she repeated, “High school was hard.”

Lauren however, refused to let other people’s mistreatment destroy her. Brendalee continued, “But she made it. She wouldn’t have it a different way. I’ve said to her many times when we talk about the hurts and heartaches of high school, ‘I made a mistake. I should have kept you at home.’ But Lauren said, ‘No, mommy, I wanted to be there.'”

Her father Bill shared, “Lauren is an absolute joy… I can’t imagine life without Lauren. She has a way of keeping us grounded and she’s just precious.”

Brendalee added, “She wakes up singing. She sings all day. And she goes to bed singing!”

Now in her 20s, Lauren described herself with a smile, saying, “I like to take pictures! I like to draw, sometimes, when I’m in the mood. I like to play Sims (the video game). I love to sing.” Lauren now runs a “completely inclusive” photography business, Mosaic Castle Photography, with dreams of owning her own study someday which she envisions as “more of a play center, where kids with all abilities can be able to explore, learn, and have fun in a creative sense where it’s not your disability that defines you, but your ability.”

Brendalee summarized, “[We] believe God made Lauren exactly the way she is on purpose, for a purpose, and she’s perfect exactly that way. And He sets her free to find what that purpose is, and He’s going to use her in some really special way.”

Thinking back to that conversation in the genetic counselor’s office when she was pregnant with Lauren, Brendalee reflected, “I can’t imagine us making an executive decision to put out something that God put in.”