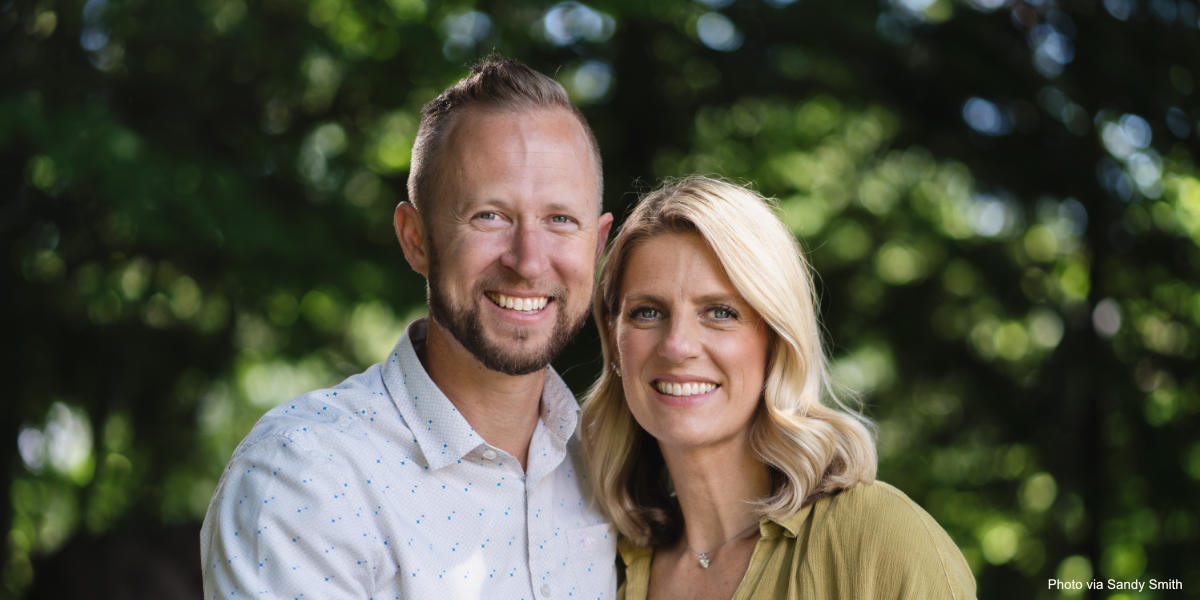 Sandy Smith was active as a youth leader along with her boyfriend, Jay, at the church where her father served as senior pastor and Jay’s father was a deacon. She had just graduated high school and was excited to attend college in the fall. Her future was filled with promise – but then, she found out she was pregnant.

Smith told Live Action News, “I was shocked and terrified when I found out I was pregnant. Jay and I both loved God but obviously we did not establish boundaries in our relationship. We were embarrassed and ashamed. The pregnancy changed everything for us including our friendships, our future, our dreams – everything.”

Smith briefly thought about abortion but then she remembered at a previous church service where women shared their heart-rendering testimonies about their abortions, sobbing in anguish for a decision they deeply regretted – even decades later.

“After hearing these emotional stories of how abortion forever wounded these women, I knew I could never have an abortion and live with such soul crushing remorse,” Smith said.

Smith confided in her parents about her pregnancy, telling her father she wanted to place her child for adoption. But Smith’s father was adamant that she alone should be responsible for caring for her baby. He was also concerned the young couple did not rush into marriage because of the pregnancy, though Smith’s boyfriend later did ask her father for permission to marry, and he consented.

Newly married, the couple moved into an apartment on campus and tried to adjust to married life as college students. Smith said, “We both had to work a lot to barely make ends meet and it was exhausting. We saw each other a lot less after we were married then we did when dating. But we were very much in love and soon began to see a new future unfolding before us we had never envisioned.”

When their daughter was born, it was a special time for both families, united in the joy and love that a new life brings.

“We delighted in Talia, and I loved her more than I ever thought possible,” Smith said.

Fulfillment found in serving in ministry and sharing testimony

Two years after their daughter was born, the Smiths began serving in their church’s ministry wanting to demonstrate the grace God has shown them by helping others. The Smiths were grateful for the support of their church community throughout their journey.

Smith said, “Looking back, I’m so thankful that I was raised to understand and know that life is precious and is a gift from God, even an unplanned life. When I was 18, I had no concept of the joy and fulfillment that parenting would bring. I now realize that being a mom was exactly what I was designed to do. It is alarming to think our story could have had a different outcome.”

Realizing that other women, like her, often feel helpless and afraid when in dark moments, Smith felt compelled to share her testimony. She knew it wouldn’t be easy to share but felt it important for others to hear about God’s forgiveness and mercy. Smith recalls a poignant moment when she and her husband first talked about their experience.

Smith told Live Action News, “A pregnant teenage girl and her boyfriend were at the service that day. They were really scared and at a crossroads about what they should do. We talked with the young couple and we prayed for them at the altar. Today, they are married with two children and are doing well. This demonstrates the power of God and the Christian community.”

Church leaders need to speak out about abortion

But Smith realizes that there are many church leaders who are reluctant to discuss abortion for fear of turning away congregants and donors who may feel uncomfortable with the topic. Yet many women considering abortion are sitting in church pews every week. Smith believes a great place to start is to promote the sanctity of life in the church culture and establish support groups for post-abortive women as well as for women who are single and pregnant.

Smith said, “Churches should never let Satan muzzle their voices and intimidate them into silence. Church leaders should never be afraid to talk about abortion because Christians need to understand what the Bible says about life. People today are hungry to hear that life is precious and created by and for God. Now more than ever, church leaders need to exert boldness during this troubling time in our country.”

READ: ‘God grew courage where there was none’: My story of unplanned pregnancy and adoption

Equally troubling, says Smith, is a culture that shamelessly promotes disposable of a vulnerable human being because the time “isn’t right” for a woman to become a mother – whether she’s unemployed, unmarried, or wants to further her career.

“This is the biggest and worst lie in our world today – that a choice to terminate a pregnancy equals empowerment,” Smith said. “Abortion is never the right choice for a woman, no matter the circumstances. The truth is women regret abortion more than they regret giving life to their babies. Jay and I have discovered that in standing for life, we’ve received the blessing and favor of God.”

Today, the Smiths pastor Cedar Park Church in Bothell, Washington — the same church Smith’s father pastored years ago. Notably, the Smiths partnered with Alliance Defending Freedom against the state legislator and governor’s mandate forcing religious entities to fund abortion costs for employees. The Smiths are committed to upholding life and spreading the gospel, even under challenging circumstances.