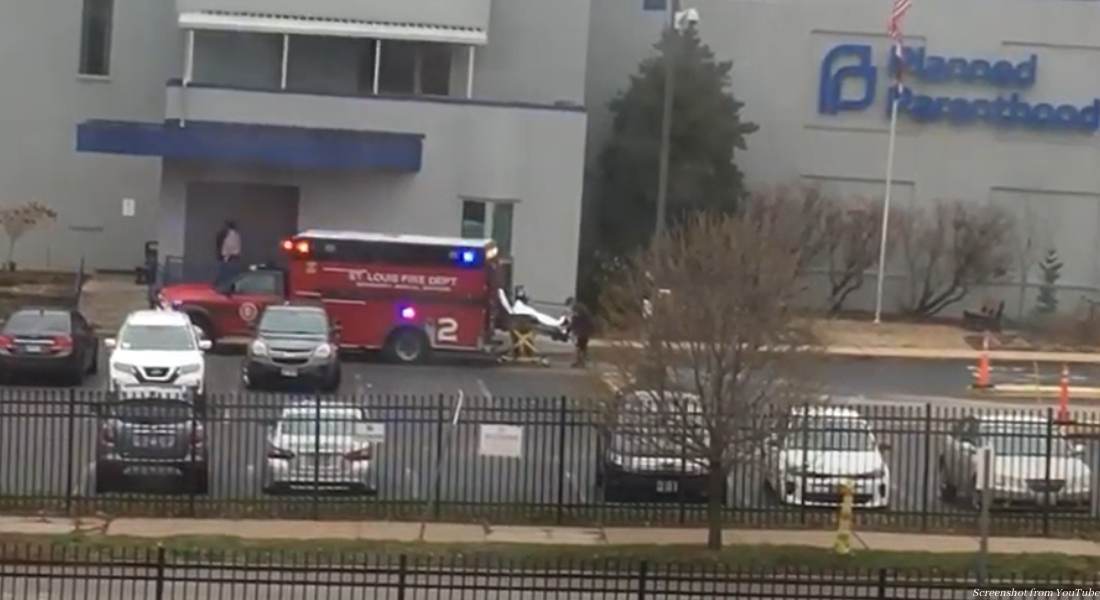 The country’s most dangerous abortion business appears to have injured yet another woman, sending her to the hospital in an ambulance. Reproductive Health Services of Planned Parenthood of the St. Louis Region, the only abortion facility in the state of Missouri, was on the verge of closing last year, and was believed to have stopped committing abortions for a brief time. But despite the seemingly low number of abortions the facility appeared to be committing, the facility has just sent another woman to the hospital in an ambulance.

Video of the incident was captured by Reagan Barklage, Western Regional Director of Students for Life of America, who provided it to Operation Rescue. In the video, a woman is seen covered by a sheet as she is loaded into an ambulance. According to Operation Rescue, this incident is the 77th documented medical emergency at the dangerous abortion facility. Barklage, however, says her documentation shows 81 injured women requiring ambulance transport. Either way, it’s clear: this abortion business is not safe for women or preborn children.


Earlier this year, a St. Louis Planned Parenthood staffer told Live Action News directly that no abortions were being committed at their facility; instead, all women were being directed across the state border to the Fairview Heights Planned Parenthood facility in Illinois. If this is true, then it’s taken just a matter of weeks before abortions resumed for another woman to be injured.

This particular abortion facility has gained a reputation for being both dangerous and substandard, with over 75 known women injured there, including one woman who nearly died from her injuries. Four of the facility’s abortion clients had the body parts of aborted babies left inside them, and on average, a woman has been sent from there by ambulance to the hospital every six weeks. Additionally, the facility has had a disturbing number of health and safety violations, including violations of infection protocol, with inspectors noting blood and rust left on abortion tables and equipment. A Missouri Senate review found even more problems.

The abortion client who almost died suffered a particularly horrific botched abortion. Operation Rescue obtained the 62-page report on the incident, which revealed that the abortionist continued with the abortion even though the woman’s placenta was partially covering the cervical opening. She then severely hemorrhaged and was transferred to the hospital, losing over two liters of blood. Hospital staff said she was “critically ill” and required a uterine artery embolization to treat her uncontrolled bleeding.

“There is no reason to allow the dangerous St. Louis Planned Parenthood to continue harming women. It should have been shut down in 2019 when the state found it was too dangerous to operate. That Planned Parenthood is no better than a back-alley chop shop,” Troy Newman, president of Operation Rescue, said in a statement. “If future performance can be predicted on past behavior, I guarantee this will not be the last woman harmed by RHS Planned Parenthood, as long as the state allows it to stay open, and that poses an unacceptable danger to the public.”