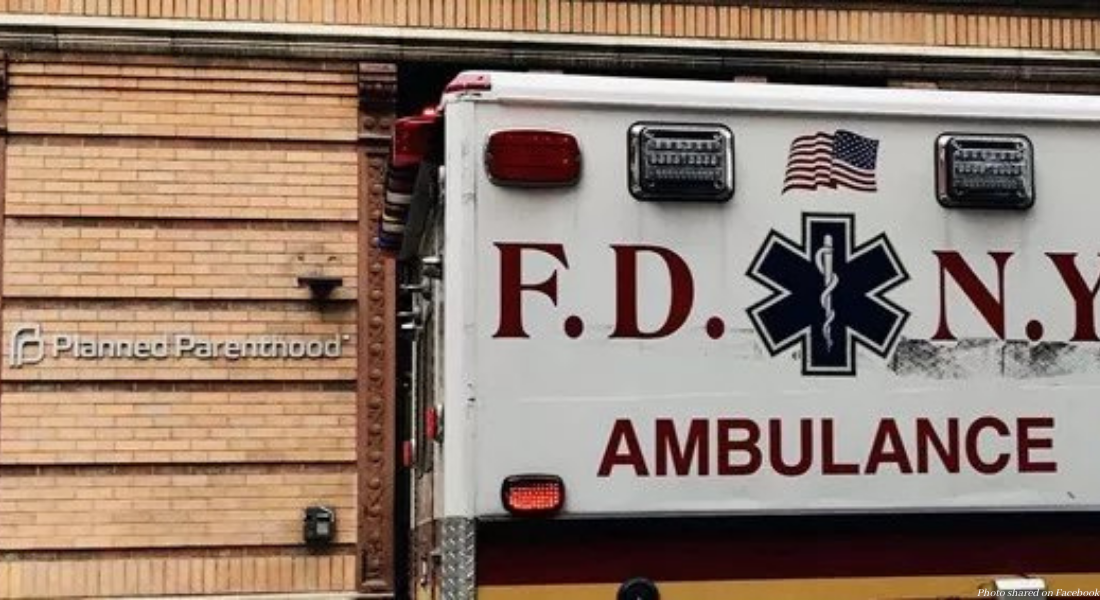 Another woman has been injured at Planned Parenthood’s Manhattan Health Center, formerly known as the Margaret Sanger Health Center, and was taken away in an ambulance on October 13, 2020.

According to Operation Rescue, pro-lifers praying outside the abortion business watched as the ambulance arrived. Emergency medical personnel went inside the facility for approximately 15 minutes, and then left with the woman in the ambulance. They were followed behind by a man who had accompanied her to the facility.

This is believed to be the 36th woman injured at this particular Planned Parenthood facility, and the third emergency so far this year, with the COVID-19 pandemic believed to have greatly reduced the number of emergencies for 2020. In 2019, there were 13 ambulances spotted at the Manhattan facility, and during the spring, there were five women injured in seven weeks. These injuries are in addition to women whom pro-life activists have seen leaving the facility vomiting or having difficulty walking.

READ: Planned Parenthood has never been serious about ‘reckoning’ with its ‘racist history’

Additionally, there are serious safety concerns about the building itself, as paramedics are unable to transport injured women out of the facility in the elevator. Pro-life activists have stressed the importance of laws mandating hallway and elevator sizes in abortion facilities for women’s safety, yet Planned Parenthood continues to fight these common-sense regulations.

This Planned Parenthood is the same facility which changed its name earlier this year, removing the moniker of Planned Parenthood’s eugenicist founder, Margaret Sanger. In a statement, Planned Parenthood of Greater New York acknowledged that the name change was due to Sanger’s “racist legacy.” Yet as Senator Ben Sasse pointed out, removing a name to combat a racist history is essentially meaningless as long as Planned Parenthood continues to profit from the notion that lives are disposable if powerful people say so.

“Planned Parenthood can rename a building, but it can’t whitewash its eugenics roots,” Sasse said. “Planned Parenthood can try to forget its founder’s racist screeds, but it cannot escape the undeniable fact that it makes hundreds of millions of dollars each year by telling an ugly lie that certain lives are disposable and then disposing of them. Big abortion has always been, and will always be, in the business of violence and dehumanization.”