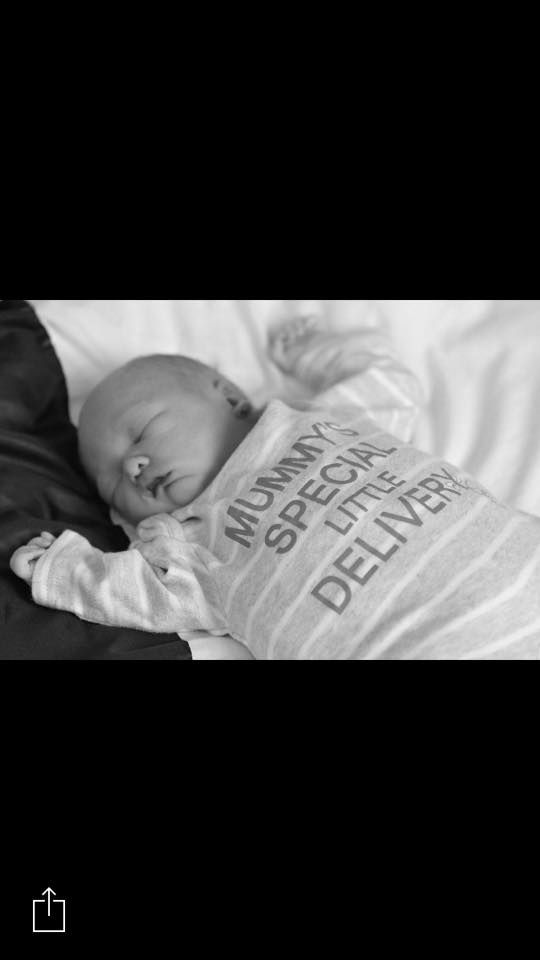 Receiving a prenatal diagnosis for your child is heartbreaking, and learning that your child may not live long after birth is a devastation no parent can imagine until it happens to them. When parents choose to carry their child to term, they learn to love every kick and every moment of pregnancy. When their child is born, they want to hold onto every single precious moment and can’t bear the thought of letting go of their little baby after he or she passes. Now, parents can hold on to that child a little bit longer with the help of the Cuddle Cot.

The Cuddle Cot is a crib-cooling blanket created to keep a baby’s body at the right temperature and allow the parents more time to hold their baby, to study their baby’s face, and to say goodbye. One mom, Becki Wilson, recently experienced the benefits of the Cuddle Cot when her son Carter-James sadly died just 16 hours after his birth.

“I got to dress him, got to wash him and got to stare at him for hours like any other mother would,” she told the Daily Mail. “Being able to do that made a dramatic difference. I felt like I was able to be a mom to him, and that’s something I’ll never forget.”

After he was born on February 28, 2016, Wilson was able to spend three days with Carter-James, whom she learned during pregnancy would likely not live long after his birth. She was offered an abortion, but refused, wanting to give him a chance.

When Wilson learned that another family had requested a Cuddle Cot but was unable to receive one because of low availability, she began a campaign to raise funds to provide more Cuddle Cots to the hospital. She saw it as a way of having some good come out of the loss of her son.

“As you can imagine saying bye and parting with our beautiful boy was one of the hardest things we’ve ever had to do,” Wilson wrote on her Just Giving page. “Our experience was made peaceful and dignified and a hell of alot easier by the staff at [W]ythenshaw neonatal and the help of the ‘Cuddle Cot.’ […] I want to help families like us. I’d like to donate a ‘Cuddle Cot’ to Wythenshawe neonatal in memory of our angel Carter-James.”

Wilson and her family celebrated Carter-James’ first birthday with balloons and fireworks, grateful that they were given that extra time with him.