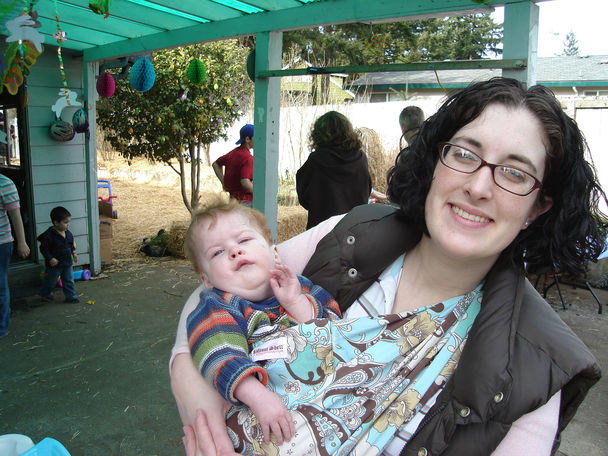 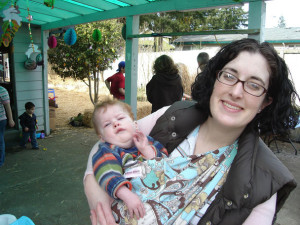 Parents Brock and Rhea Wuth were awarded $50 million by a Washington jury for the “wrongful birth” of their five-year-old son, Oliver. Oliver was born with an “unbalanced chromosome translocation,” a genetic defect that affects the little boy mentally and physically.

He is unable to run, walk up stairs, or speak more than a few dozen words. The Wuths’ attorney states that Oliver will need “24/7 care for the rest of his life.”

Oliver’s parents won their suit against Valley Medical Center and Laboratory Corporation of America. The companies were found dually liable in missing Oliver’s condition before birth. The Seattle Times reports:

According to court papers in the wrongful-birth case, Valley ordered a prenatal test that can be counted on to find this type of chromosomal abnormality only when the lab receives additional information — a “road map,” essentially — showing it where to look for the specific problem. Valley failed to send that information to the lab, and never told Rhea Wuth that without the additional directions, the test results might not answer the crucial question.

Although the lab’s own procedures specify it should follow up with a phone call when such information is missing, that call was not made, said the family’s lawyer, Todd Gardner, of Renton.

The lab missed the translocation. Had the couple known of the genetic defect, they would have ended the pregnancy, according to court filings in the case.

There is much wrong in rewarding such a eugenic mindset. Both of Oliver’s parents have publicly declared, through their suit, that Oliver should never have been given his five years so far on Earth, much less an entire lifetime. They freely admit that they would have aborted him, solely based on his physical and mental disabilities.

Has it truly come to this? Are children in America of no value if they are unable to walk up stairs or speak fully? Does a low IQ demand and deserve a death sentence? It seems that all too many parents are beginning to agree with the words of the abortion advocate I once debated who declared that people have legal rights only if they are “living and breathing and walking around like you and I are.”

So, if a person is not just like “you and I,” is he less valuable? Should he be freely killed because he does not have the same basic skills and abilities that you and I share?

The Wuths’ case is very similar to the 2012 Levy case, in which Oregon parents were awarded $2.9 million in their “wrongful birth” case. Their daughter, Kalanit Levy, had been born with Down Syndrome, and the Levys admitted that they would have aborted her had they known in time.

Shame on these children’s parents, shame on the juries and courts that allow such verdicts, and shame on any culture that accepts such an inhumane mindset.

As Rod Drehar of The American Conservative writes:

We mustn’t minimize the emotional pain this couple is going through, but still, I cannot imagine going to court and claiming that I was wronged because I wasn’t given the opportunity to exterminate the disabled child I now care for. It’s gruesome.

And it seems to me it sets a dangerous precedent. Could a parent who is displeased with their child over a child’s medical condition — assuming the condition could have been detected with prenatal testing — sue doctors and other medical professionals for failing to provide them with information that would have swayed them to abort their unborn child? Again: gruesome. What parent goes to court to contend that justice requires that their baby, however damaged, should be dead? I don’t get it.