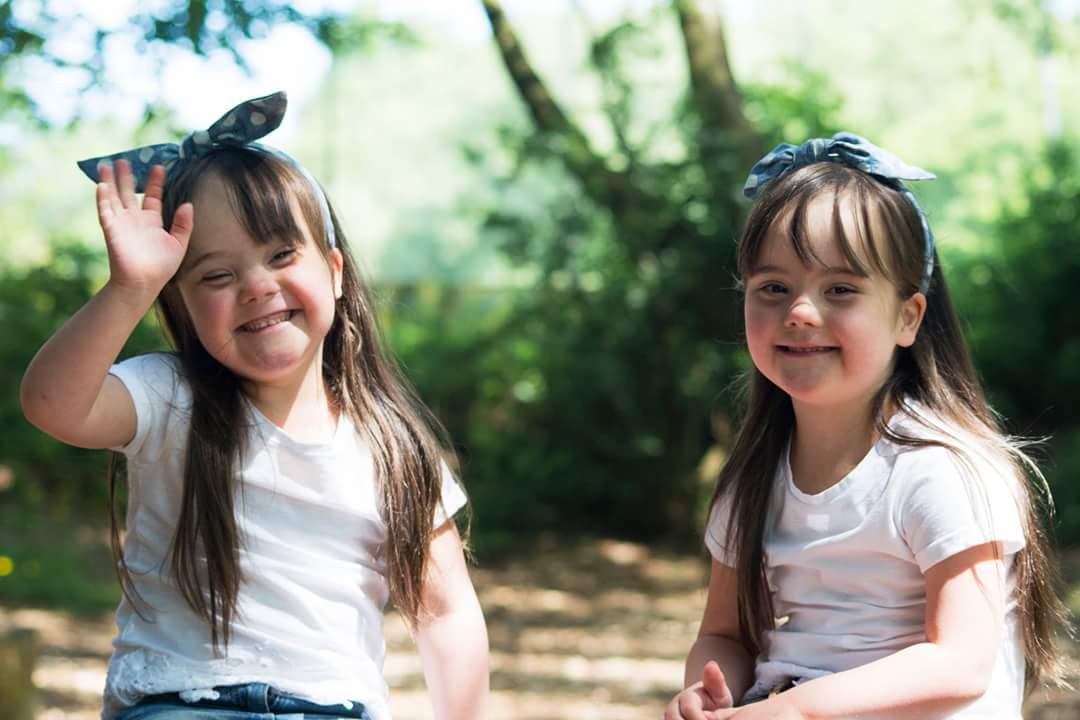 After suffering one miscarriage, Jodi and Matt Parry were thrilled when they found out they were expecting twins in 2010. With one son named Finlay at home, they were anxious to grow their family. Having twins was an unexpected blessing.

The identical twin girls, Abigail and Isobel, arrived six weeks early and were taken straight to the Neonatal Intensive Care Unit. After three weeks, doctors suspected the girls may have Down syndrome and decided to run some tests. When the girls received the official diagnosis of Down syndrome, their parents were heartbroken and realized they knew nothing about the condition.

“The results arrived, myself and Matt were taken to a room and sat down, [and] the next thing we heard was ‘I’m sorry to tell you both Abigail and Isobel have Down syndrome’,” Jodi Parry wrote in a blog post. “At that point my world fell apart. I was devastated. I felt like someone had just ripped my heart out.”

But when Jodi Parry walked back into the room where her twin daughters were sleeping, she felt an even deeper connection to them. She felt her love was even stronger than before, but she had a seemingly endless list of questions for the doctors.

“I went home and googled it,” she wrote. “I was thrown into a world of meaningless words. I did however read of all the complications that are common with Down syndrome, Heart problems, hearing problems, Thyroid problems and the list went on. The following day I went to the Hospital and said I wanted all these tests [done], so we knew what we were dealing with.”

The couple requested comprehensive testing and learned that Isobel had a small hole in her heart and Abigail was deaf. In addition, both girls had an underactive thyroid. But soon after the girls were cleared to go home, life actually returned to normal with the addition of multiple doctor appointments.

Realizing that the world tends to focus on negatives of Down syndrome, Jodi and Matt decided they wanted to help the world see the positives. They created Twincess, a campaign that they use to provide advice, resources, and a voice to new and expectant parents of children with Down syndrome.

“It can feel very lonely to be the parents of children with DS,” wrote Jodi Parry. “Although we received a lot of well-meaning advice about the condition from health professionals when our girls were born, what we wanted more than anything was to contact somebody who’d been on the same journey as we were about to embark on. This is why we set up Twincess.”

Twincess is a community for families that allows them to connect with and support one another. As a charitable trust, it also holds events and fundraisers in order to spread awareness and raise money for families of children with Down syndrome.  From talent shows and black-tie events to football tournaments and golf days, Twincess is working to celebrate Down syndrome. According to the website, the long-term goal is to help people see the “ups and not the Down’s” of Down syndrome.

“Down’s Syndrome is not an illness,” wrote Jodi Parry. “It is nothing to be ashamed of, pitied or looked down upon – despite an extra chromosome, people with Down’s Syndrome are no different to anyone else. People with DS, and those around them, are very proud of who they are.”