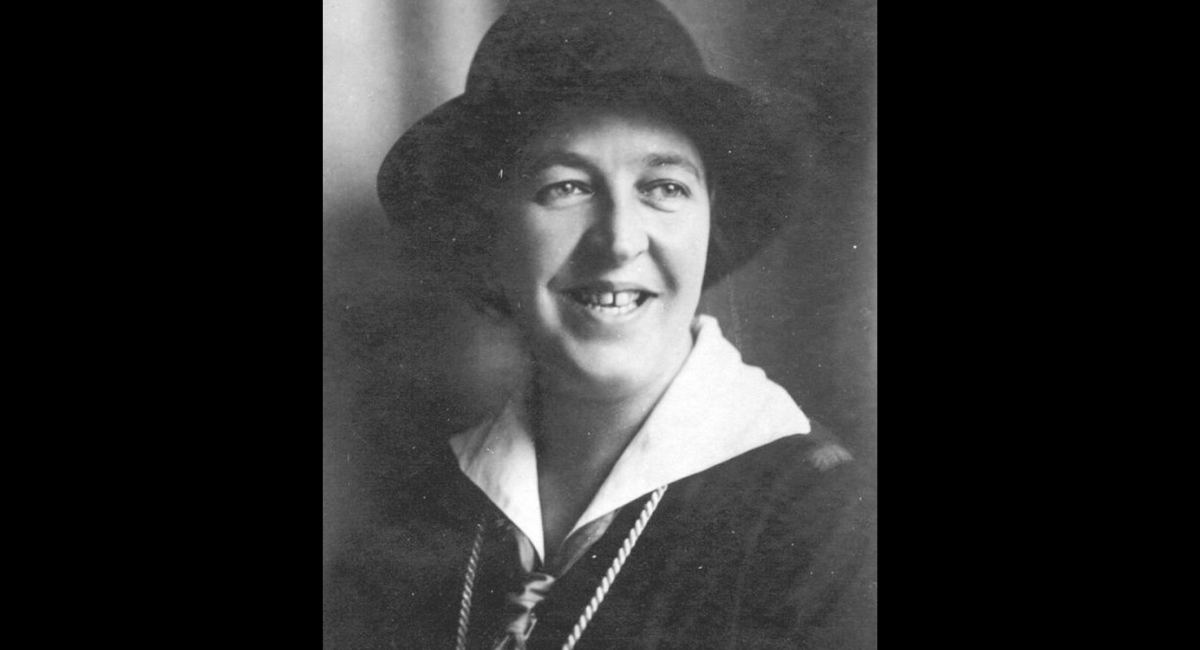 Corrie ten Boom orchestrated the rescue of 100 Jewish babies at an orphanage who were slated to be killed by the Nazis, according to a 2013 interview. This raid was one of many conducted by the heroic young Christian woman. With her family, she saved more than 800 lives from the Nazis in Holland during WWII before she was sent to a concentration camp.

Before the start of WWII, Corrie became the first licensed female watchmaker in Holland. She also was an organizer of youth groups and education groups for fine embroidery. When her country fell under Nazi rule, Corrie’s skills in intricate work and organization were used in peaceful resistance to help the most vulnerable.

In 1942, Corrie, her sister Betsie, and their father hosted in their home the first of over 800 people to pass through their hands. The home was, thanks to Corrie’s knack for organization and ingenious thinking, a uniquely organized space that would prove providential for hiding people “a half block from the main police headquarters.”

The leader of the Dutch underground resistance put Corrie in touch with a prominent architect who designed “the hiding place” — a special room where five or six people could live undetected for several days. This space was in Corrie’s own room, and she sacrificed much privacy as men and women, young and old, babies and children, passed in and out of the area.

To make her work possible, Corrie had to find her “own resources” for identity papers and ration cards. On one occasion, she found a contact who was willing to let himself be beaten back and blue in order to successfully hide 100 stolen passports. A network of people would then help Corrie transport the Jews to the country where they would then discover a network to help them out of Nazi-occupied lands.

As the operation grew, Corrie’s resilience and faith grew too. She became emboldened and went to nurses and doctors and other professionals to help her care for the people, some of them pregnant women, who came to her for care.

READ: 9 amazing women who have built and shaped the pro-life movement

Corrie and her network developed signals, a buzzer system, and a code to prevent discovery. The inhabitants would conduct drills and practice interrogations day and night to make sure they could get to their escape room within time and not betray each other.

Corrie didn’t just save the lives of those who passed through her door. When she received word that 100 Jewish babies from an orphanage were to be killed, she facilitated a network of teenage boys to help smuggle the babies to safety. The rescue was successful.

In 1942 an acquaintance betrayed Corrie, her family, and fellow workers. All were escorted to prison for interrogation. But the hiding place was never discovered, and all those within made it out safely a few days later.

Corrie’s father died in prison. Corrie and Betsie endured two prison camps, the latter being the notorious Ravensbrück concentration camp in Germany. Through all, Corrie was able to miraculously smuggle in her Bible. In the camps, she and Betsie would hold prayer meetings to bolster their fellow inmates at the end of the day. The warmth and love of the ten Boom household radiated hope even in the horrors of the concentration camp.

Betsie died in Corrie’s arms on December 16, 1944. The next day, Corrie was miraculously released due to a clerical error: all the other women in her group were gassed a week later.

After the war, Corrie fulfilled her sister Betsie’s last wishes and opened rehabilitation centers at former concentration camps in both Holland and Germany. These “served both concentration camp survivors and former Nazi collaborators who struggled to find work.”

“We must tell people what we have learned here. That there is no pit so deep that He is not deeper still. They will listen to us, Corrie, because we have been there,” Betsie insisted before she died.

Forgiveness was the key factor and Corrie herself only learned it after struggling to forgive a former prison guard who came seeking healing and forgiveness from her.

Corrie embarked on a massive world tour lasting over three decades, visiting over 60 countries  to share Betsie’s wishes and her own experience that “God will give us the love to be able to forgive our enemies.”

Before the end of her life, Corrie wrote a number of books, the most famous being The Hiding Place. It was made into a movie in 1975 and has since been adapted into plays and even a musical. A sequel movie, “Return to the Hiding Place,” was released in 2013.

Corrie also received several notable awards: in 1967, Israel named her “Righteous Among the Nations,” and she was knighted by the Queen of the Netherlands for her noble work.

On April 15th, 1983, on her 91st birthday, Corrie ten Boom died. Corrie’s story of protecting life at the cost of her own and sharing her own healing in the midst of war, eugenics, and racial persecution, offers us today a poignant image of how to stand up peacefully to evil so that others may live.