Rep. Steve Pearce (R-N.M.) has written a letter to U.S. Attorney General Jeff Sessions, asking him to open an investigation into criminal referrals against the University of New Mexico Health Service Center (UNM) and Southwestern Women’s Options in New Mexico, as the state’s Democratic Attorney General, Hector Balderas, has not addressed these serious charges for more than one year. Pearce explained: “I believe the Department of Justice has a legal responsibility to look into these violations if the New Mexico Attorney General refuses to take action.” 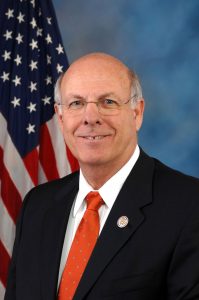 Live Action News noted in June 2017 remarks made at a press conference by New Mexico Alliance for Life’s (NMAFL) executive director, Elisa Martinez, who stated these criminal referrals from the Select Investigative Panel on Infant Lives “contain[] hundreds of documents — some obtained by congressional subpoena, some submitted by New Mexico Alliance for Life (which we provided) — these documents include policies, procedures, protocols, and a detailed logbook from UNM researchers called the ‘Procurement Notes.'” Women seeking justice for a violation of their rights are simply being ignored by the state’s Attorney General.

At this rate, it appears as if the statute of limitations on these charges — improper consent and “violations of fetal procurement” — is about to run out. Pearce wrote in his letter to the Department of Justice:

It has come to our attention that the statute of limitation is expiring on many of the cases involved in the Panel’s report. While the New Mexico Attorney General’s office has stated that “there is an ongoing investigation” on the actions between UNMHSC and SWWO, we fear the investigation is being stalled intentionally to allow the potential violations by these two entities to reach the statute of limitation.

The first criminal referral was sent to the New Mexico Attorney General Hector Balderas in June of 2016 after finding the University of New Mexico violated the Spradling Act – prohibiting the exchange of fetal parts produced through an induced abortion. In December 2016, the Panel sent a second criminal referral after discovering more evidence that the Southwestern Women’s Options did not acquire proper consent by women prior to using their unborn infant tissue for UNM research.

What has been done by Balderas to address these criminal referrals? Nothing.

NMAFL’s Martinez stated in an email this week (emphasis added), “It has been over a year since NM Attorney General Hector Balderas received the criminal referrals from Congress evidencing massive violations of the law–yet he has done nothing but allow over one hundred claims to expire.”

Is this politically motivated? Possibly, as Martinez notes in her email that AG Balderas had already filed suit against the Trump administration for announcing last week its intent to end the Deferred Action for Childhood Arrivals (DACA), but Balderas hasn’t managed to investigate the criminal charges against UNM or Southwestern Women’s Options since being notified in June 2016.

Southwestern Women’s Options alone has come under fire for the death of an abortion patient, for its willingness to kill a 30-week preborn baby for no other reason than the mother’ “stress”, for providing whole fetal brains for a youth summer camp, and for advising patients to sit on a hotel toilet (instead of calling 911) should they go into labor before completion of their late-term abortions:

Pearce notes in his press release that finally, “[o]n April 20, 2017, New Mexico Attorney General Hector Balderas stated his office was taking further action to consider the legal violations uncovered at the University of New Mexico,” but again, “no action was taken” since this time.

NMAFL stated in its email that it plans to “continue working with Congressman Pearce on these issues… on behalf of New Mexico women and unborn children who have been left behind by Hector Balderas.”