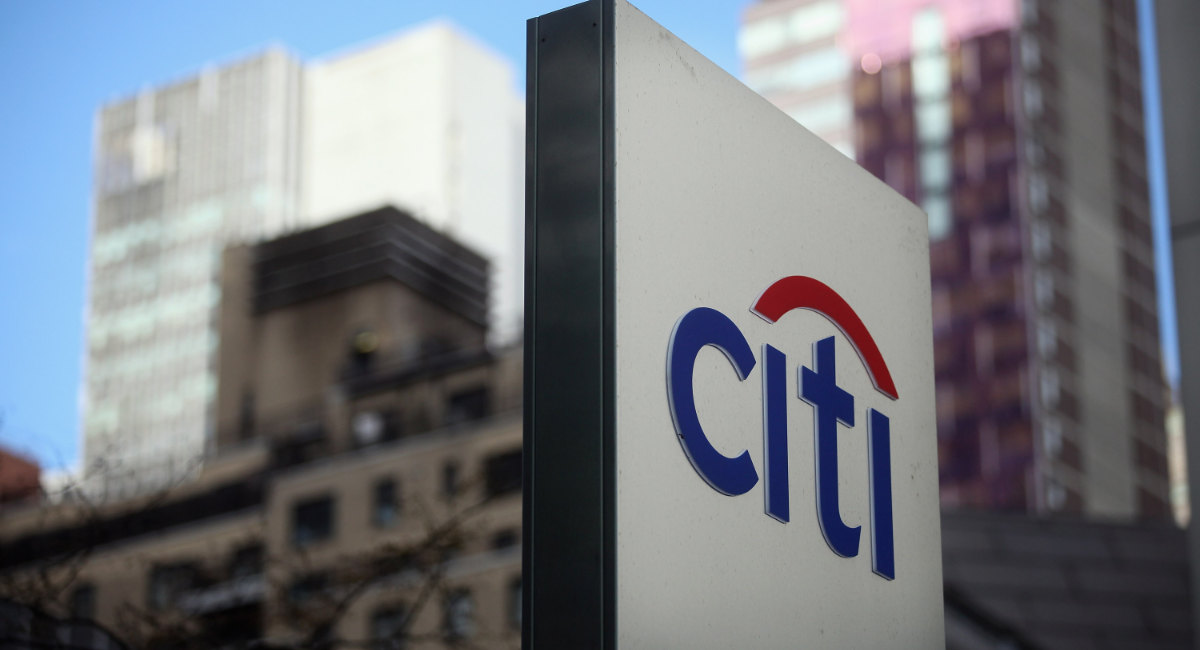 Texas State Representative Briscoe Cain has sent a letter to Citigroup demanding that the corporation rescind its recently announced policy to pay the travel costs and related expenses of women who leave the state to abort their preborn children. Cain also warned Citigroup that its officers and employees could face criminal prosecution if Citigroup does not immediately terminate its elective abortion coverage for employees in Texas. 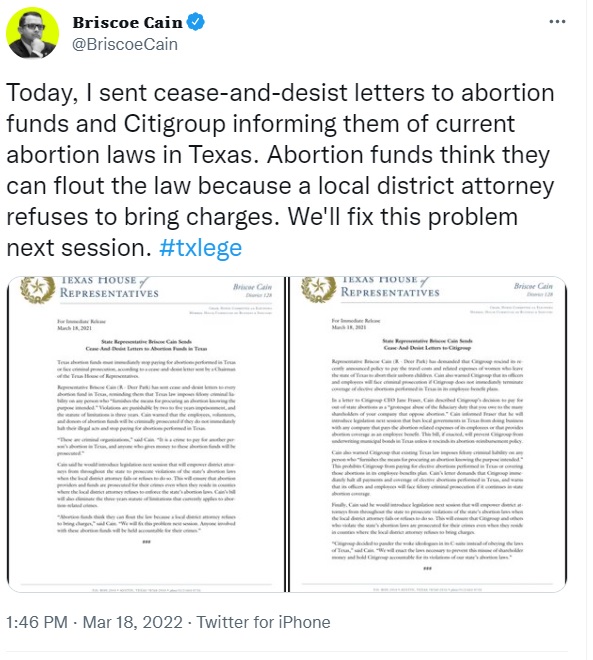 In a filing for its upcoming shareholders meeting, Citigroup stated that the company would “provide travel benefits to facilitate access to adequate resources,” as Live Action News previously reported. The move by the international financial services institution comes in response to the passage of Texas Heartbeat Bill SB8, and the success the legislation has seen in the courts as well as in other states enacting similar legislation.

“Today, I sent cease-and-desist letters to abortion funds and Citigroup informing them of current abortion laws in Texas. Abortion funds think they can flout the law because a local district attorney refuses to bring charges. We’ll fix this problem next session,” Rep. Cain wrote on Twitter.

The letter, addressed to Citigroup’s Chief Executive Officer Jane Fraser, referred to the company’s decision as a “grotesque abuse of the fiduciary duty that you owe to the many shareholders of your company that oppose abortion.”

“Your responsibility as a CEO is to maximize return to the shareholders, not to divert shareholder resources toward ideological causes in an effort placate the woke liberals in your C-suite. The money that you are using to pay for out-of-state abortions belongs to the shareholders of the company — not to you, and not to the directors or officers of Citigroup. Your actions are a grotesque abuse of the fiduciary duty that you owe to the many shareholders of your company that oppose abortion, as well as to shareholders who want that money used to maximize returns on their investment rather than to commit acts of violence against the most vulnerable members of the human family,” the letter states in part.

“This prohibits Citigroup from paying for elective abortions performed in Texas or covering those abortions in its employee-benefits plan,” the release points out.

In response, Rep. Cain warned, “I intend to introduce legislation next session that bars local governments in Texas from doing business with any company that pays the abortion-related expenses of its employees or that provides abortion coverage as an employee benefit — regardless of where the employee is located or where the abortion is performed.”

“The state of Texas will ensure that your company is held accountable for any instate abortions that you illegally assisted,” the letter also states.

Cain was not alone in condemning Citigroup, according to Texas news sources. Matt Rinaldi, chairman of the Republican Party of Texas, encouraged Republicans to “avoid entrusting their finances with Citibank and other companies hostile to them and their values,” the Houston Chronicle reported.

“Citigroup’s decision to finance the murder of unborn children with a heartbeat is appalling, but not surprising, considering its past adoption of far-left causes,” Rinaldi told the Dallas Morning News.

In addition to Citigroup, Rep. Cain also warned abortion funding groups in Texas such as the The Lilith Fund for Reproductive Equity, Texas Equal Access Fund, The Afiya Center, Clinic Access Support Network and others to “immediately stop paying for abortions performed in Texas or face criminal prosecution.”