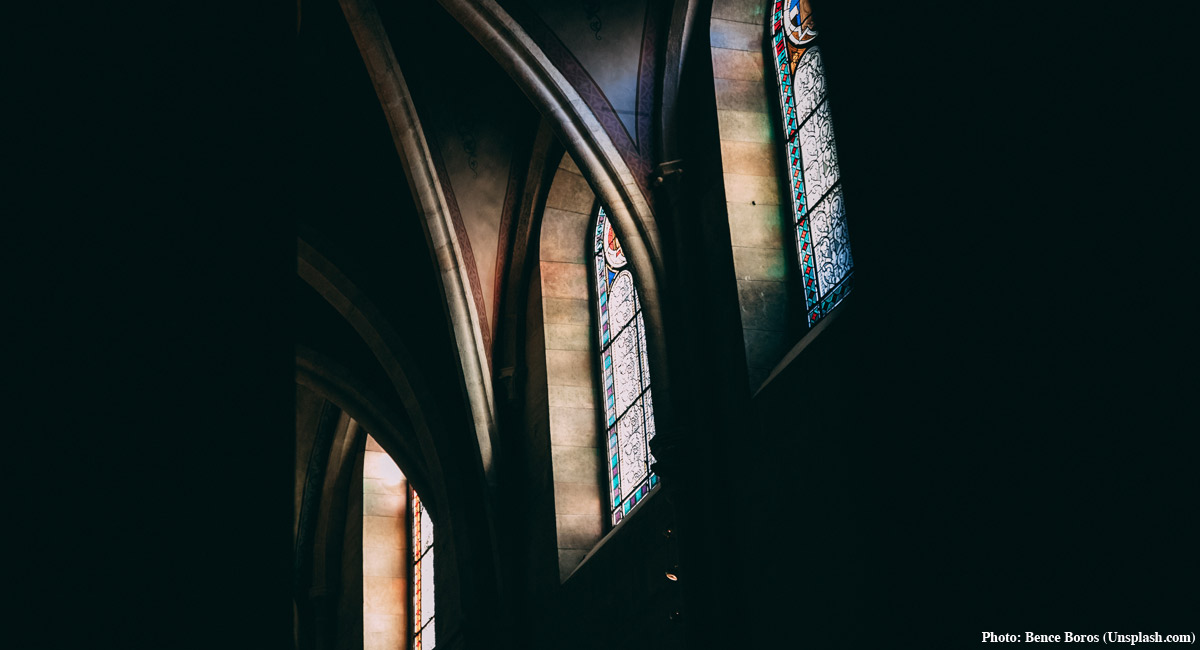 The church calls them “Faith on Tap,” meetings, where “people of all religions to gather and drink craft beer while discussing  how to raise money or volunteer their time for local issues.” But it’s not the idea of drinking beer that surprises pro-lifers about this particular church. It’s not even the fact that Greater Purpose Community Church in Santa Cruz, CA, plans to open a brewery, along with a restaurant, to aid in its mandate to members to follow Ecclesiastes 9:7:  “Go, eat your food with gladness, and drink your wine with a joyful heart, for God has already approved what you do.”

It’s what the Disciples of Christ church says it will be supporting that is disturbing pro-lifers. On the second floor sits an affiliate of the nation’s number one killer of preborn children, Planned Parenthood — and Pastor Christopher VanHall plans to donate a substantial percentage of the brewing company’s profit to the abortion corporation. 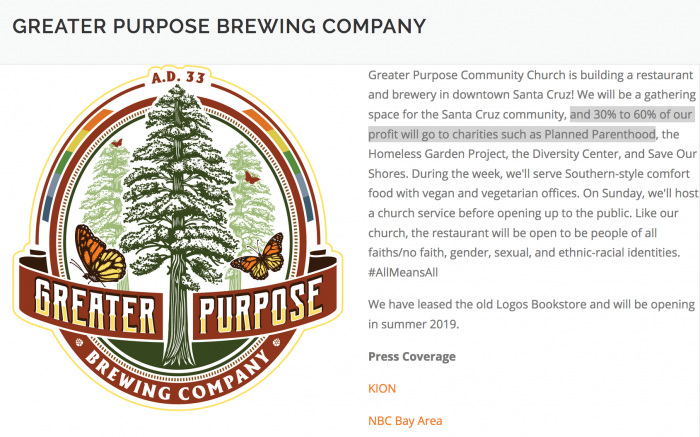 The church’s denomination, the Disciples of Christ, has historically had a connection to abortion and Planned Parenthood. Disciples for Choice was one of the founding members of the pro-abortion Religious Coalition for Reproductive Choice (RCRC). The RCRC uses faith to promote the killing of preborn children and supports laws that help free and unfettered abortion happen. In fact, Disciples for Choice and its sister organization Disciples Justice Action Network were both signatories in a letter to the U.S. House of Representatives last October, opposing a ban on abortions past 20 weeks, which they call an “arbitrary gestational limit.” With tragic irony, the letter says,:

Our religious values also compel us to advocate for policies that empower the most marginalized in our communities.

READ: Religious leader thanks God for abortionists, calls them heroes

Apparently preborn children don’t qualify as “marginalized” in their religious view, but approximately 3,000 preborn babies are legally killed every day in the United States, and no one is more marginalized than one killed before she can speak or defend herself. But these pro-abortion “faith” groups, along with Pastor VanHall of Greater Purpose Community Church, think Planned Parenthood is a worthy organization:

VanHall says he likes that Planned Parenthood has local offices just upstairs from the church’s soon-to-be new location in the old Logos building. “A woman’s right to choose is something most churches are silent on or opposed to, but that’s not where we stand in the faith community,” he explains.

Here’s what that “right to choose” looks like — and churches who oppose it have good reason to do so:

And while most who preach the Gospel want to make it simple to understand, drawing people to Christ, this pastor seeks to confuse people. He adds:

We hope to be an absolute conundrum for people walking by. A church that serves beer and gives the profits away to places like Planned Parenthood is really exciting to me.

Tragic is a better word for it.