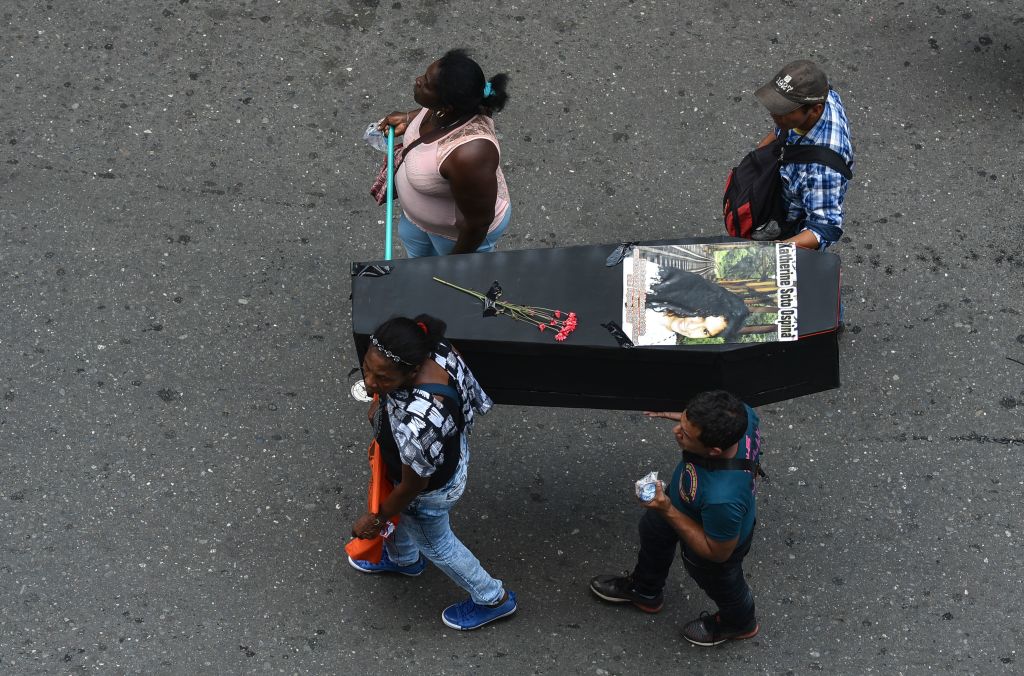 The long-running conflict in Colombia has been known as the country’s “invisible war,” and it’s been going on for over 50 years. The government in Colombia has been battling crime syndicates, paramilitary groups, and communist guerrilla factions, leading to the deaths of hundreds of thousands of people. Millions more have been displaced, or have “disappeared.” But one especially troubling factor has flown under the radar even more: the allegations of female guerrillas who say they were forced to become sex slaves, even as children, and forced into sterilizations and abortions.

The Independent recently published a report detailing the abuses women say they suffered at the hands of the Revolutionary Armed Forces of Colombia (FARC), one of the guerrilla groups involved in the conflict. “It was as if I was a new toy,” Yamile Noscué told the Independent. “I basically became their whore in camouflage.” Noscué said she was abducted at the age of 15, and taken to a guerrilla camp where she was abused, and said she was subjected to the degrading treatment for two years. “After the commander has touched a girl, then anyone else can too, and whenever they want,” she recounted. “The rapes are constant.”

Female superiors allegedly looked the other way, too. Noscué said she was told that being raped was her “contribution” to the cause. Meanwhile, things only got worse for her.

“Because of the rape I ended up pregnant. I didn’t even know who the father was. It could have been any one of scores of men,” she said. “They held me down and gave me pills. I was sick and I was bleeding. It was so painful.” Noscué made the courageous decision to speak out about her abuse, but it’s come at a cost. She says she’s been followed and threatened by masked men, who tell her to stay silent.

Another woman who spoke to the Independent used a pseudonym, “Camila,” because she was too afraid to use her real name. Like Noscué, she was abducted, in her case at the age of 14. She was also raped, and when she became pregnant, she was given an injection and operated on against her will. “I just remember waking up and I was bleeding a lot,” she said. The abortion was botched horribly, meaning Camila now suffers lifelong medical problems.

Mariana Ardila, a lawyer for Women’s Link Worldwide, an NGO which submitted a report to the government, said this wasn’t surprising. “Abortions were conducted in unsanitary and unhygienic conditions,” she told the Independent. “Sometimes they used drugs or unorthodox methods to terminate pregnancies, other times they used surgery.”

However, Victoria Sandino, a former guerrilla commander and now a FARC senator, disputes these claims. “Of course this is something that needs to be investigated, but it’s absurd that women were recruited just for sex,” she said. “Also, in the context of war, it was understood that pregnancy was simply impossible. What was compulsory was contraception.”

Abortions, she claimed, were simply done as part of a woman’s choice. “It was a choice we had as women,” she said. “Just like the choice we had to leave the insurgency and raise a family if that’s what we wanted to do, and many women did.”

But Noscué flatly denied Sandino’s remarks. “I had friends that were executed, shot by a firing squad because they wanted to keep the baby. There was no choice,” she said. “You aborted the pregnancy or you were shot.”

A 2016 report from a Colombia prosecutor claimed there were 214 cases of girls “subject to rape, forced sterilisation, forced abortion, and other forms of sexual violence” by guerrillas. A Colombian war crimes tribunal is also now investigating Noscué’s claims, as well as those of other victims. “They must pay for what they did,” Noscué said. “I only hope they get the punishment they deserve.”