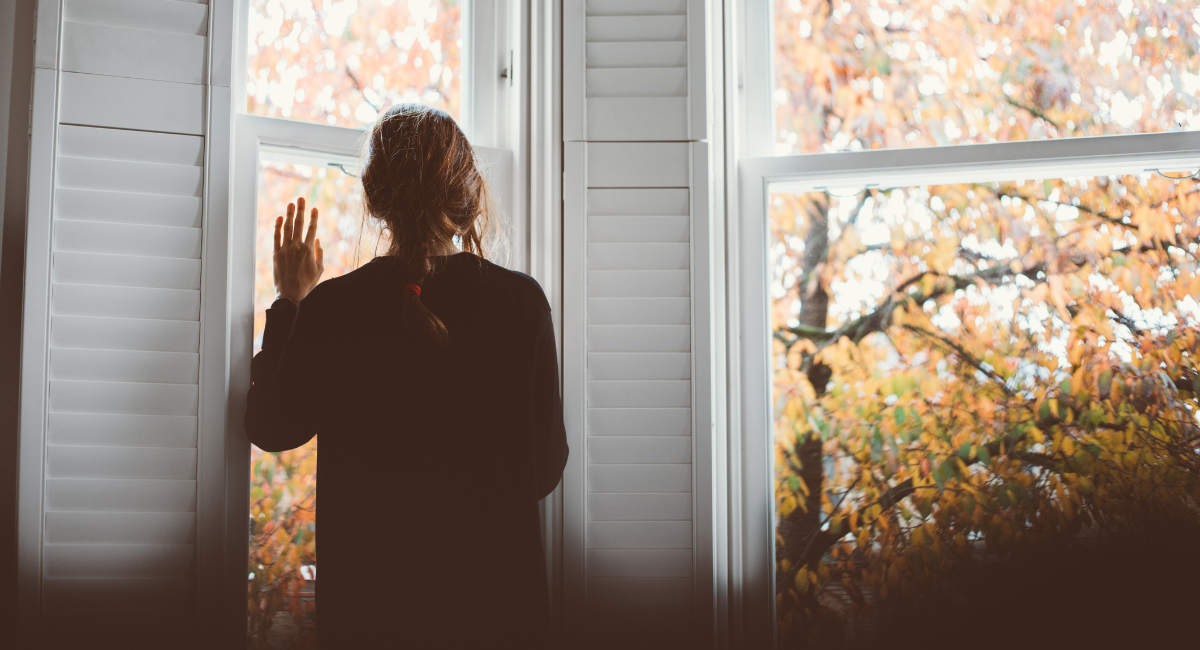 Cheryl Krichbaum discovered her unplanned pregnancy at the age of 17. As a high school junior at the top of her class, the idea of having a baby seemed like the end of her life. She had big plans after graduation that did not include the child she was carrying. In addition, Cheryl’s parents were already caring for her mentally ill sister and raising that sister’s son. A baby, Cheryl thought, would only add additional stress to her family, which she did not want to do.

Since parenting was not a choice Cheryl was willing to consider, she created a pros and cons list, weighing what seemed to be the only logical options: abortion or adoption. As the list formed, she determined that abortion was her best choice.

Cheryl felt neglected by her parents because their attention had been focused on her sister and nephew, but that didn’t cause her to hide her pregnancy. In fact, “Everyone did what I wanted,” Cheryl told Live Action News. “My boyfriend and I told my parents and his parents. Both of our moms went with us to the abortion facility.”

Cheryl shared, “I consider myself the ‘poster child’ for exactly how abortion is supposed to go. It was my choice. No one forced me. No one tried to talk me out of it. I had little bleeding. I was sore the day of, of course, but I had no other physical consequences.”

Even though the abortion was a choice she was confident in, something within Cheryl shifted during the procedure. Cheryl recalled, “I was okay right until my baby was gone. I felt my face fall; I wasn’t okay anymore.”

The Results of Abortion Trauma

Non-emotional responses to pain she experienced after the abortion became the norm for Cheryl. No one was worried about her or considered her depressed because she gave them no reason to. It took her 14 years to recognize the pain herself. Looking back on those years following the abortion, Cheryl sees herself as someone who was walking and talking, but completely dead inside.

“My joy was sucked out of me right along with my baby and I’ve been trying to get it back ever since,” Cheryl explained. “I knew I had killed my baby, even if I wouldn’t have admitted it at the time.”

After those years of walking around as if she were dead, Cheryl had an encounter with Jesus. As she became aware of her sin, she began blaming the abortion everyone around her because it was their circumstances that led her to have premarital sex. Healing was a process, with many waves, but Cheryl was grateful to finally feel emotions once again.

As she worked through forgiving others, it became clear that she was also angry at God. “It wasn’t that God did anything wrong, but I had to forgive Him to heal myself,” she said.

Taking responsibility for her choice to abort and accepting God’s forgiveness changed everything. Once her heart was healed, she desired to share her story with others. She spoke with a few large church groups, revealing the abortion she had not spoken of previously, and hoping to expose the truth of abortion. Sadly, she was given the cold-shoulder by many in the church.

“The silence and avoidance from Christians resulted in my scarlet letter “A” for abortion.” This rejection by fellow Christ-followers caused Cheryl to go silent, once again keeping her traumatic experience to herself.

While on a mission trip, Cheryl heard God’s call to change the abortion conversation. It became clear to her that, “Women are the ones that can change things by talking woman to woman. We need to speak up.” That call brought her out of hiding, and she began sharing her abortion story once again.

She has since authored two books — “ReTested” and “Worship to End Abortion.” Through writing and speaking, Cheryl is speaking up. It is her desire to convince the abortion-minded that abortion is not as inconsequential as the pro-abortion movement makes it out to be.

In response to the #shoutyourabortion movement, Cheryl developed the “Faces of Abortion” series, which shares the stories of healed post-abortive women who are now Christians. Their stories reveal the truth. Women do feel regretful, shameful, and heart-broken about their abortions.

Cheryl has also found healing by honoring the child she lost to abortion. Joy Marie, who would be 33 now, is always on Cheryl’s mind as she continues to fight against abortion.

The hope Cheryl has experienced is something she hopes to share with others who regret their abortions. Complete and fully healed is what God wants, even for those who have had abortions. Cheryl wants others to know, “Jesus did not go to the cross for part of me. He went to the cross for all of me. And that’s true for every person on the planet.”

When asked what she would say to someone considering abortion, Cheryl said, “Losing a child is no small event. You will always remember that you were pregnant, that you were already a mother. Choose to give birth because it’s good for you. Regret is lifelong, whether healed or not.”